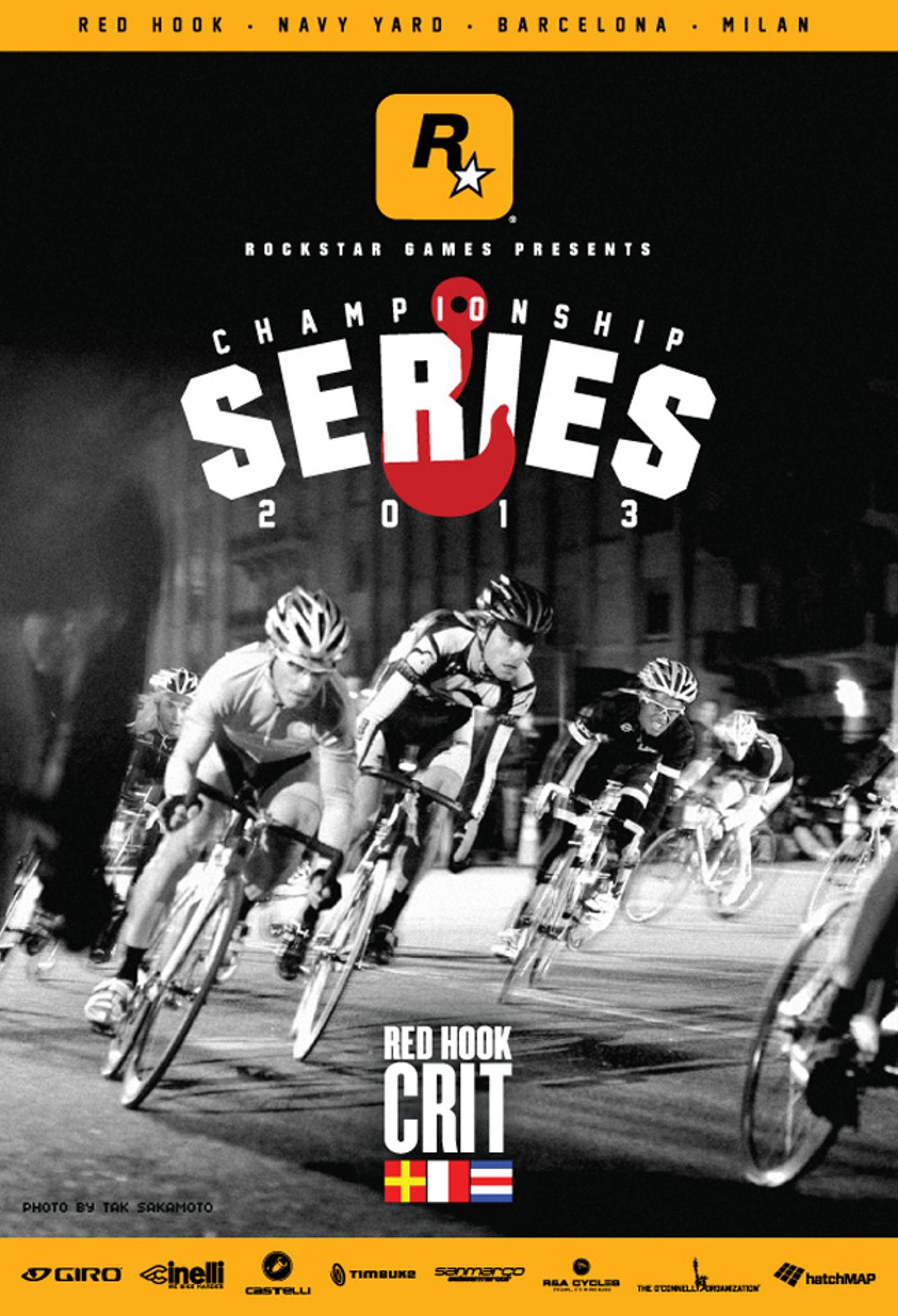 This year’s Red Hook Crit has officially raised the bar!

Check out the press-release below!

“We’re honored to be sponsoring the 2013 Red Hook Criterium Championship Series,” said Simon Ramsey, Head of Public Relations at Rockstar Games. “We’re thrilled to be able to support the local community through cycling, something that’s close to the hearts of many of us at Rockstar.”

Traditionally held twice a year, the RHC is expanding in 2013 into a four-part championship series with races in select urban locations across the world. After the first round at Red Hook’s Brooklyn Cruise Terminal in March, riders will take to the streets of Brooklyn again for a new event at the famous Brooklyn Navy Yard in June. The series then moves to mainland Europe for the next stop in Barcelona, Spain in August before crowning its first ever World Champion in Milan, Italy in early October.

“Rockstar Games has opened a new world of opportunity for the Red Hook Criterium,” added race founder, David Trimble. “Having Rockstar’s support and faith behind the RHC has allowed the development of a year-long schedule of races that will build tremendous growth for urban cycling culture across the world.”

The Red Hook Criterium is a key event for the community that attracts thousands of participants and visitors every year. The race brings together fans, families and local businesses to promote urban cycling and the vibrant neighborhoods that play host to each race – particularly important in Red Hook after the events of Hurricane Sandy.

“The Red Hook Criterium will be promoting initiatives that support the rebuilding efforts and growing community spirit after Hurricane Sandy,” concluded David Trimble. “I owe everything to Red Hook and it is a fundamental priority that we serve the neighborhood and all those affected by the storm.”

In the same spirit the RHC will work closely with the communities and businesses surrounding the races in the Brooklyn Navy Yard, Barcelona, and Milan.

In addition, at both the Red Hook and Navy Yard, the RHC will host a 5-km running race on the same date, on the same circuit, and in the same spirit as the cycling criterium. Combining these typically divergent sports creates a unique and exciting atmosphere for athletes, spectators and sponsors from both disciplines.

For more detailed race info please visit www.redhookcrit.com or visit us on Facebook at www.facebook.com/redhookcrit.