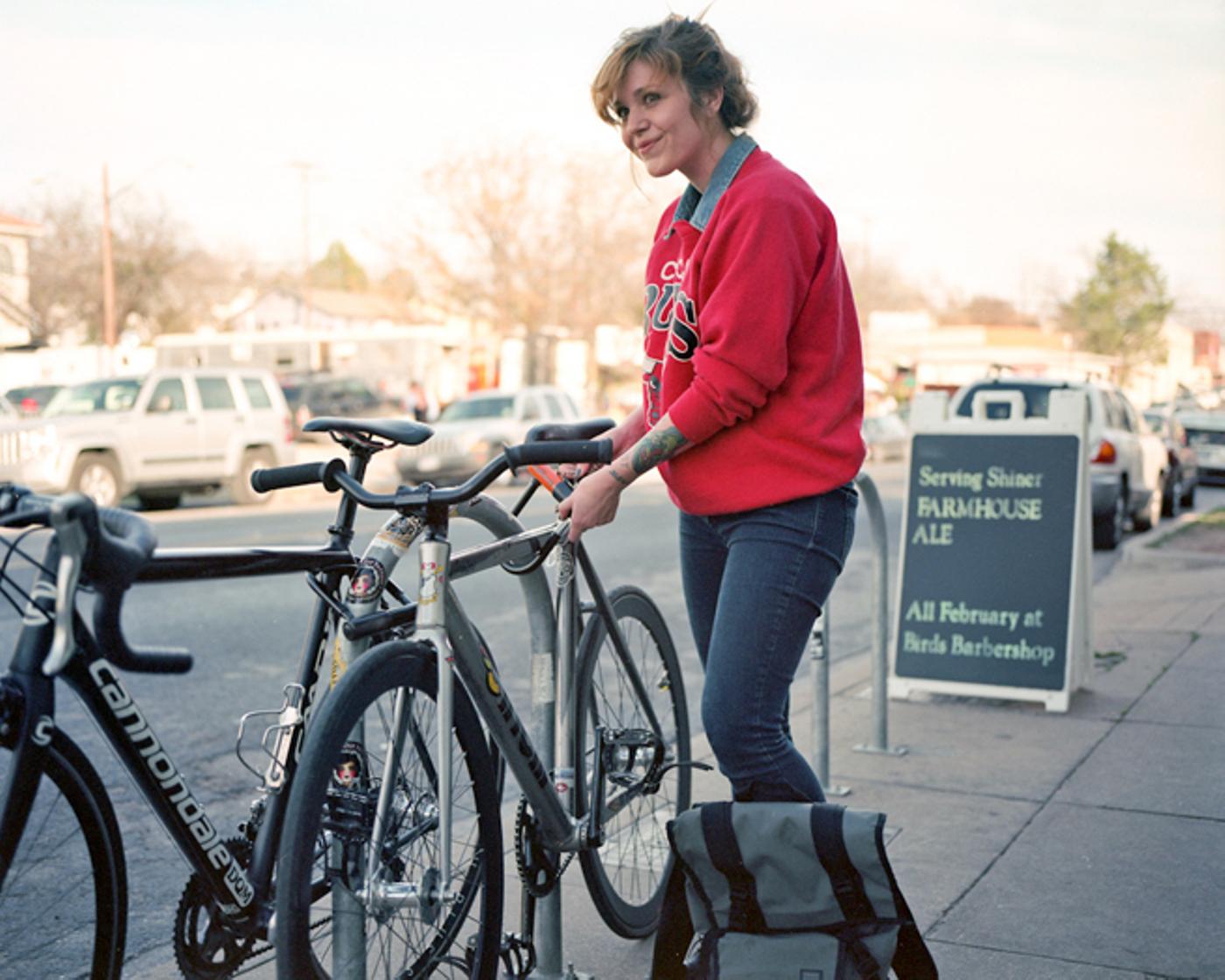 I’ve been wanting to shoot photos of Melissa and her Cinelli Bolt since this summer but never got the chance to. Earlier this week, my Mamiya 7ii came in the mail and I had to do a test roll, which is when I finally bumped into Melissa with a camera in hand. The photos came out great and although I can see a few things I’ll have to be mindful of (keeping those vertical lines straight, proper exposure with the meter, etc), I’m very pleased with the Mamiya 7ii. Even scanning medium format on my dinky Epson v600 produces great results (see above).

Pardon me while I talk under these photos of Melissa…

So why buy ANOTHER camera?

Long story short, I’m going to Taiwan and China to do some light touring and sightseeing. I wanted to limit my camera selection to my 5D with one lens, for daily updates and a medium format rig for producing content for a forthcoming gallery show. I’ll also have my T4 loaded with black and white in my jersey pocket. Since I’ll have to carry my gear around, I want something lightweight and easy to use on the fly.

The thought of bringing my Hasselblad, with all the film backs, around China was daunting. I wanted something that I could throw in a musette / waterproof bag or the ILE Photo Mini bag, pull out and fire. While the Hasselblad is great for stopping, metering, framing and firing, I wanted something that I could shoot on the go and capture those moments you encounter while on a bike.

Rangefinders have their weaknesses, but so do prism viewfinders, WLF and even TTL systems. The Mamiya 7ii’s system is so easy. It’s light, ergonomically superior and with the Leaf shutter, you can go to staggeringly-slow shutter speeds as long as you’re mindful. With 220 film, I’ll get 20 exposures, which means less time changing film and even though the film selection is rather limited, I have no problem using Portra 160 or Portra 400. If I want to use 120, I just flip the plate and load it up.

I get nervous having to rely on a new camera but already, it feels very natural and wasn’t nearly as daunting as the Hasselblad was initially.