Today Chrome announced a new street photography contest, aptly called Streets of Chrome to celebrate the release of their new DSLR backpack, the Niko Camera Pack. The video above gives you a rundown, with the press release and four city Hub party fliers below.

Chrome Industries launches the Streets of Chrome – A photo contest to find the world’s next great street photographer in conjunction with the drop of its new camera bags.

San Francisco, California | 01.22.13
CHROME LEADS THE SEARCH FOR THE WORLD’S NEXT GREAT URBAN PHOTOGRAPHER WITH ITS STREETS OF CHROME CONTEST
THE CONTEST: To celebrate the launch of its Niko Camera Bag line, Chrome is calling for entries from street photographers everywhere for its Streets of Chrome photo contest, which runs January 22–February 14, 2013. Finalists will be chosen by Chrome’s panel of expert judges, and the winner will be determined by open voting on www.streetsofchrome.com February 7TH-14TH. Photo submissions will be judged based on creativity, originality, and ability to capture the essence of the streets.
THE JUDGES: Legendary street photographers Rickey Powell, Tod Seelie and Ken Goto.
THE GRAND PRIZE: A Fujifilm X-Pro1 compact-system camera, a Fujifilm X-Pro1 35mm F/1.4 lens, and a Chrome Niko Camera Backpack (see below). Total value: $2,000+. WEB: www.streetsofchrome.com | #streetsofchrome
CHROME LAUNCHES NEW NIKO CAMERA BACKPACK AS PART OF PHOTO LINE:
Designed for street photographers and action videographers who need a covert utility bag, the Niko Camera Pack features a weatherproof 1,000-denier-nylon shell, a military-grade tarpaulin liner, a fully customizable interior for lenses and flashes, multiple pockets for cable and gear storage, and fast, easy swing-around access. Stash your phone, fuel, and an extra layer in the top-loader and securely slide up to a 15” laptop in the padded sleeve. Outside, you’ll find a U-lock holster and Velcro straps for lashing a tripod, skateboard, or cardboard tubes for your photo prints. And, like all Chrome bags, it’s guaranteed for life.
WEB: chromecamerabags.com 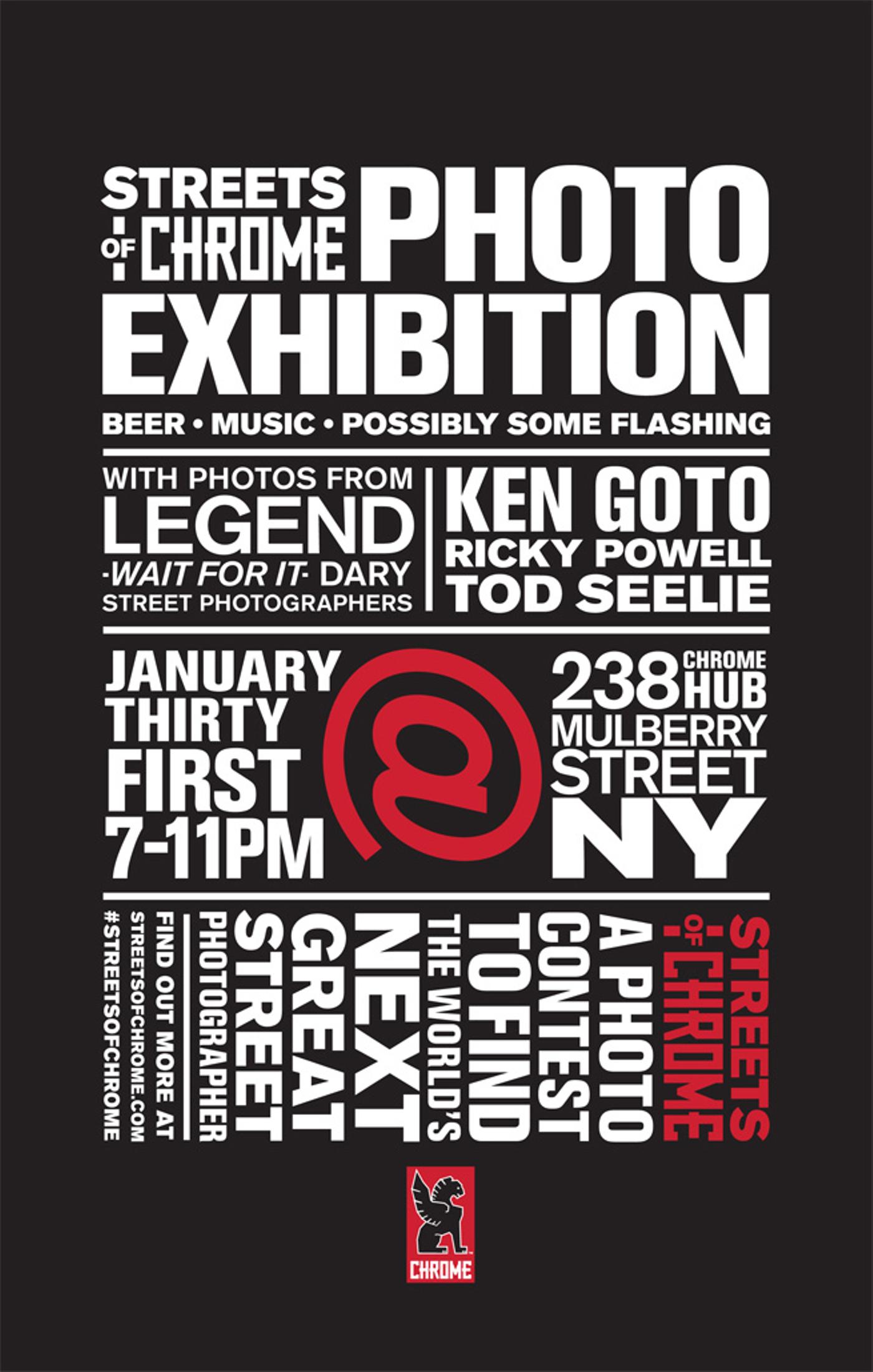