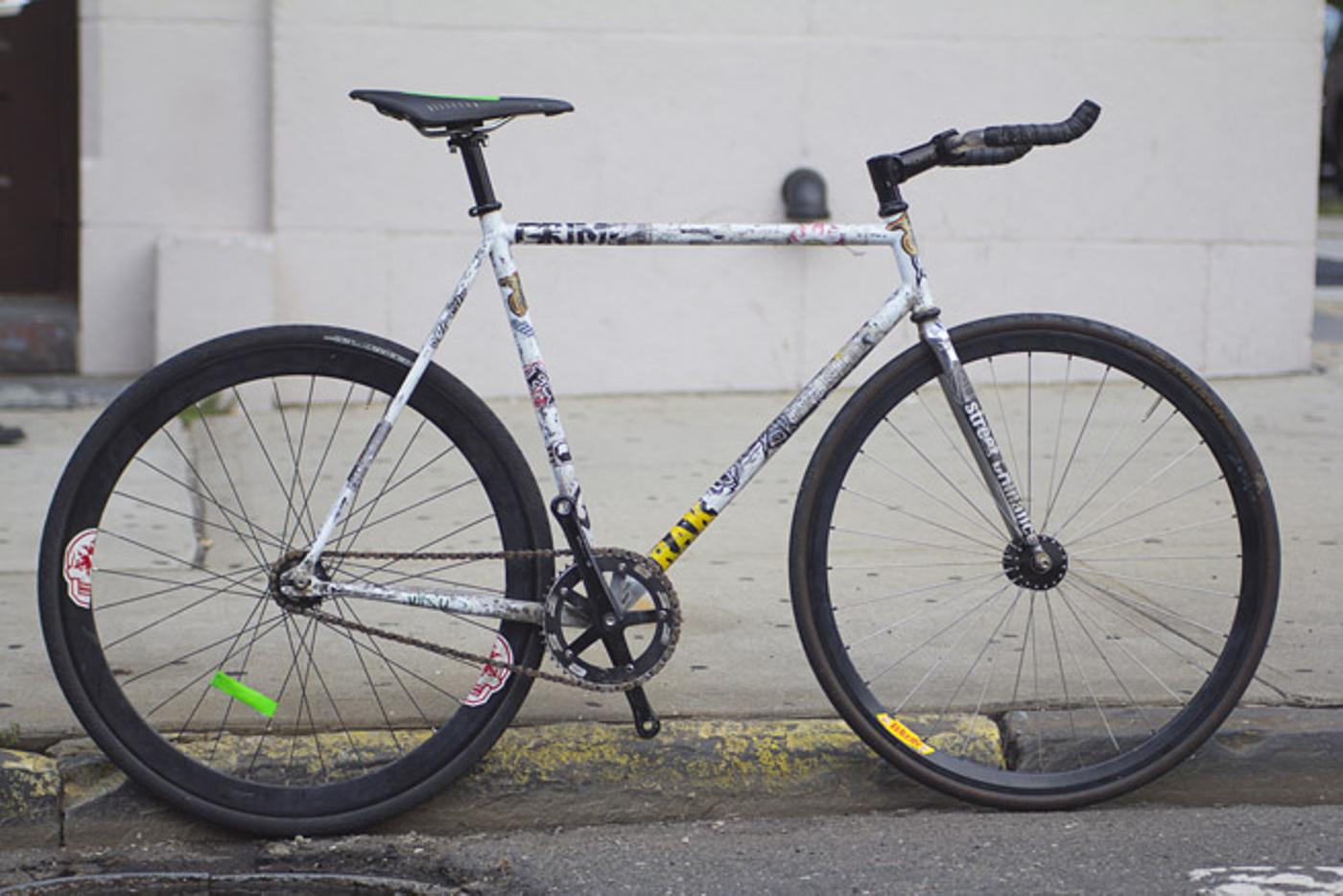 While a lot of companies are trying to cash in on Premium Rush with horrid “fixies”, Affinity was the company that supplied the movie with the bikes.   To commemorate this weekend’s premiere, Affinity has a limited supply of Premium Rush Affinity Metropolitan completes. Here’s the press-release:

“With the upcoming release of the movie Premium Rush, The Affinity Bicycle Co. has played a key role and supplied its Metropolitan and Kissena frame sets for the main character Wilee played by Joseph Gordon Levitt and Kym Perfetto, a NYC bike messenger and fitness guru who has a cameo and also worked as a stunt double for co star Dania Ramirez.

The Affinity Metropolitan ridden by Wilee is a street and track specific bike made from 4130 steel and created to handle to rigors of street riding but with the aggressive race geometry of a track bike. Unlike its predecessor the Lo Pro, Affinity’s first and more notable pursuit style track frame, the Metropolitan is a more understated work horse, with its stream lined look and straight blade fork. It comes street ready with front and rear brake options, making it legal on the road or pull the brakes off for use on the velodrome.

Catch the Metropolitan limited edition frame set in pure white, with the classic Affinity bladed crown lugged fork. Also available in limited quantities, Affinity will be supplying an original sticker pack. Make your bike rad by customizing the frame so its just like the movie bike.”

Check out more photos below and be sure to check the Affinity Blog for info on the group ride to the premiere. 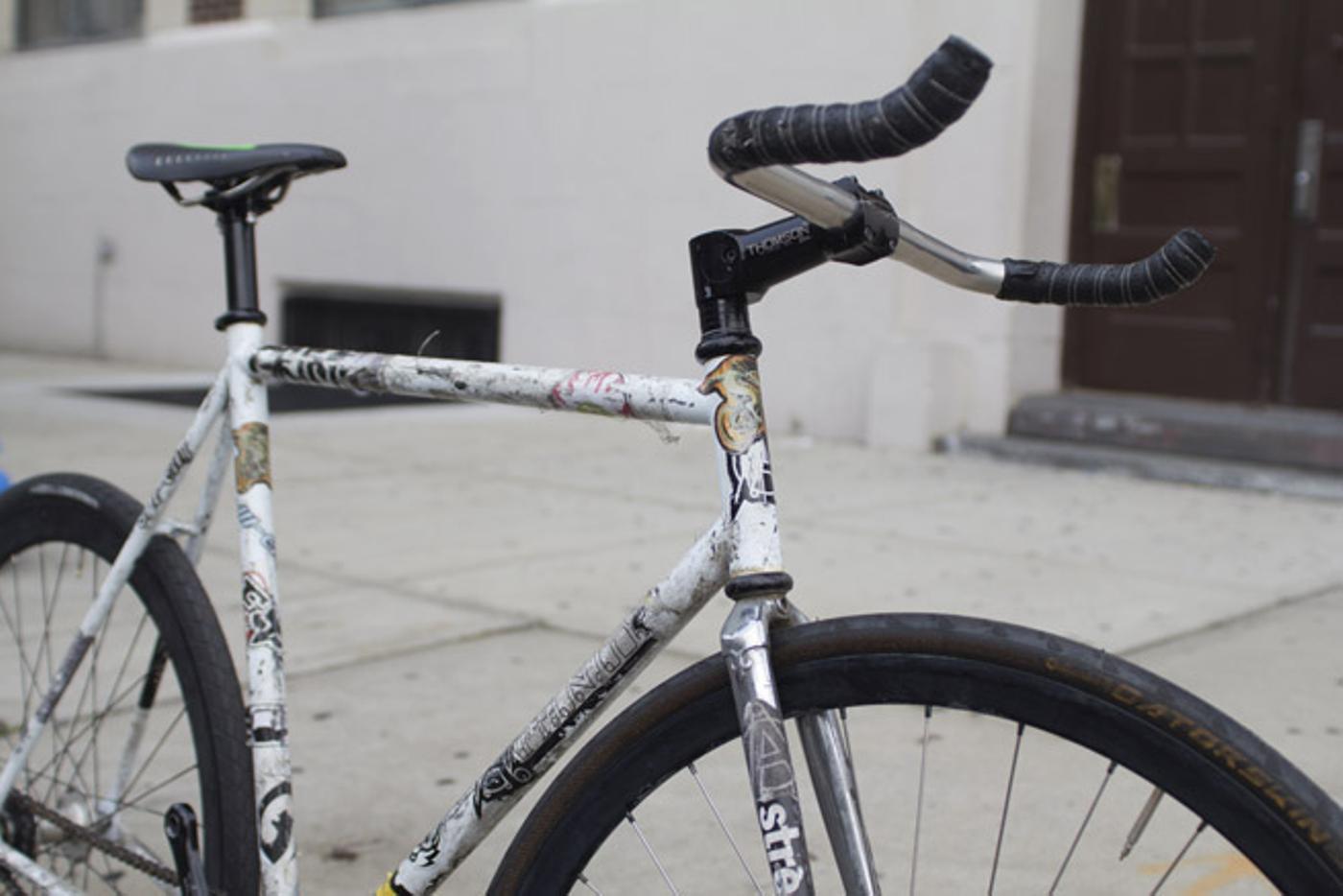 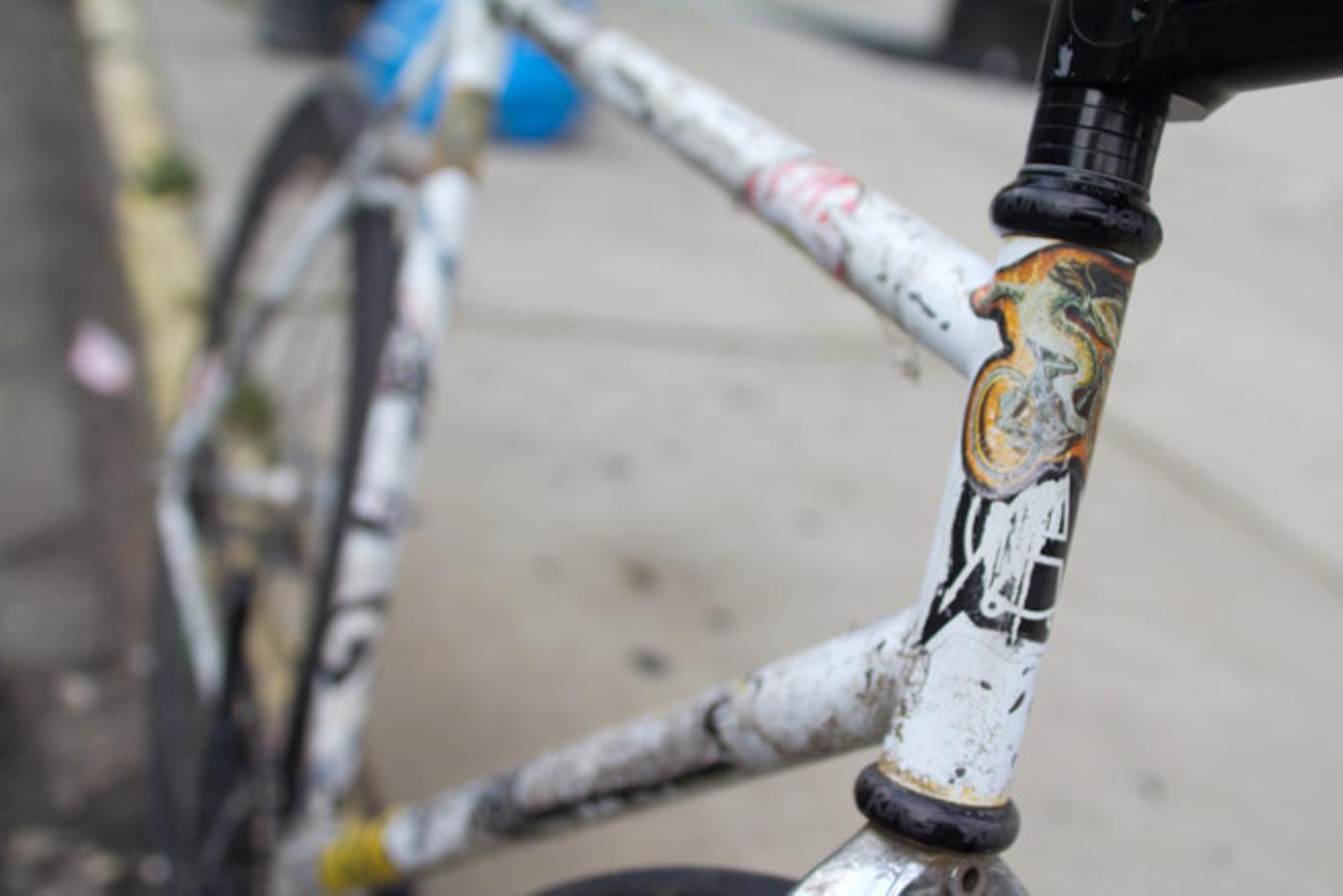 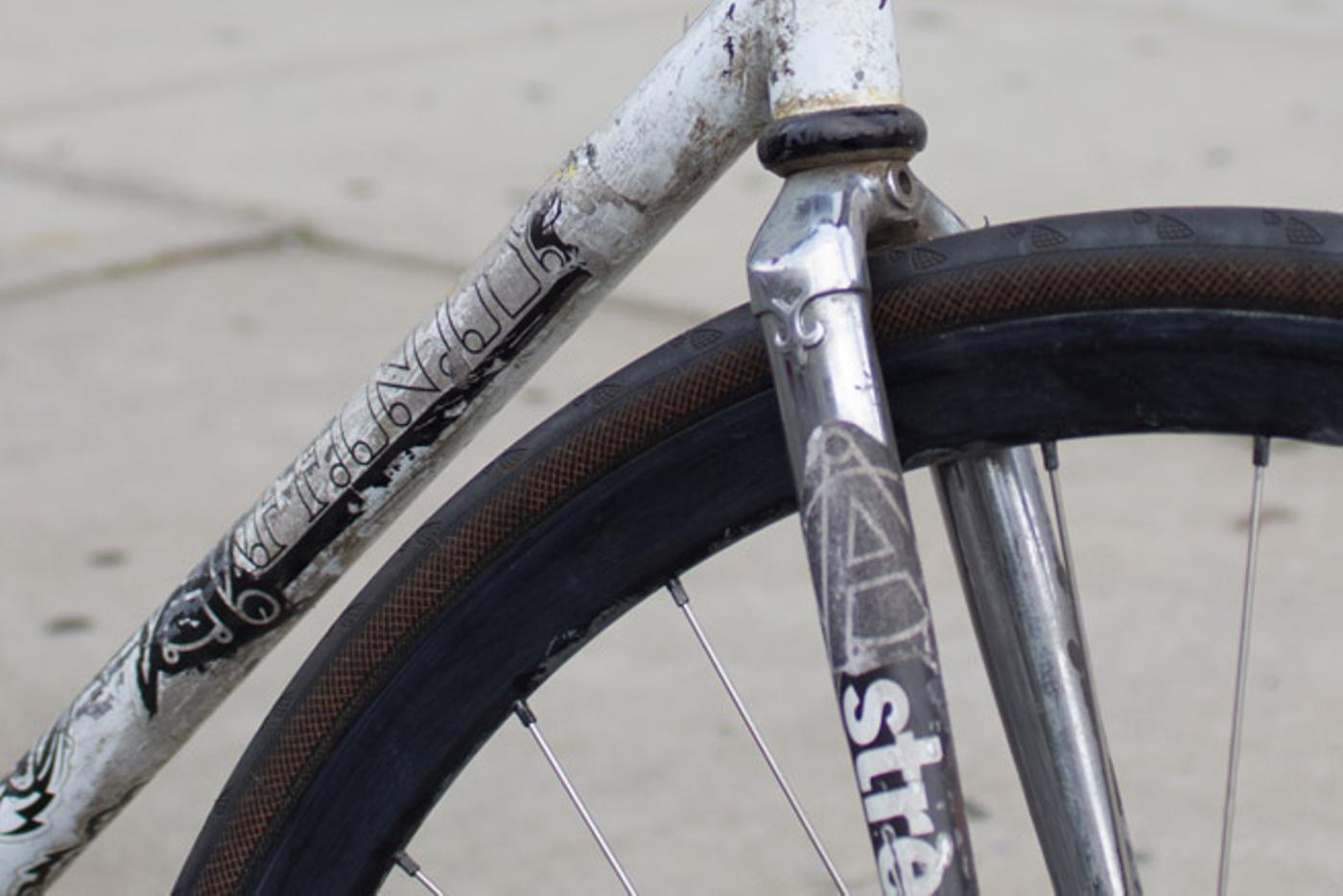