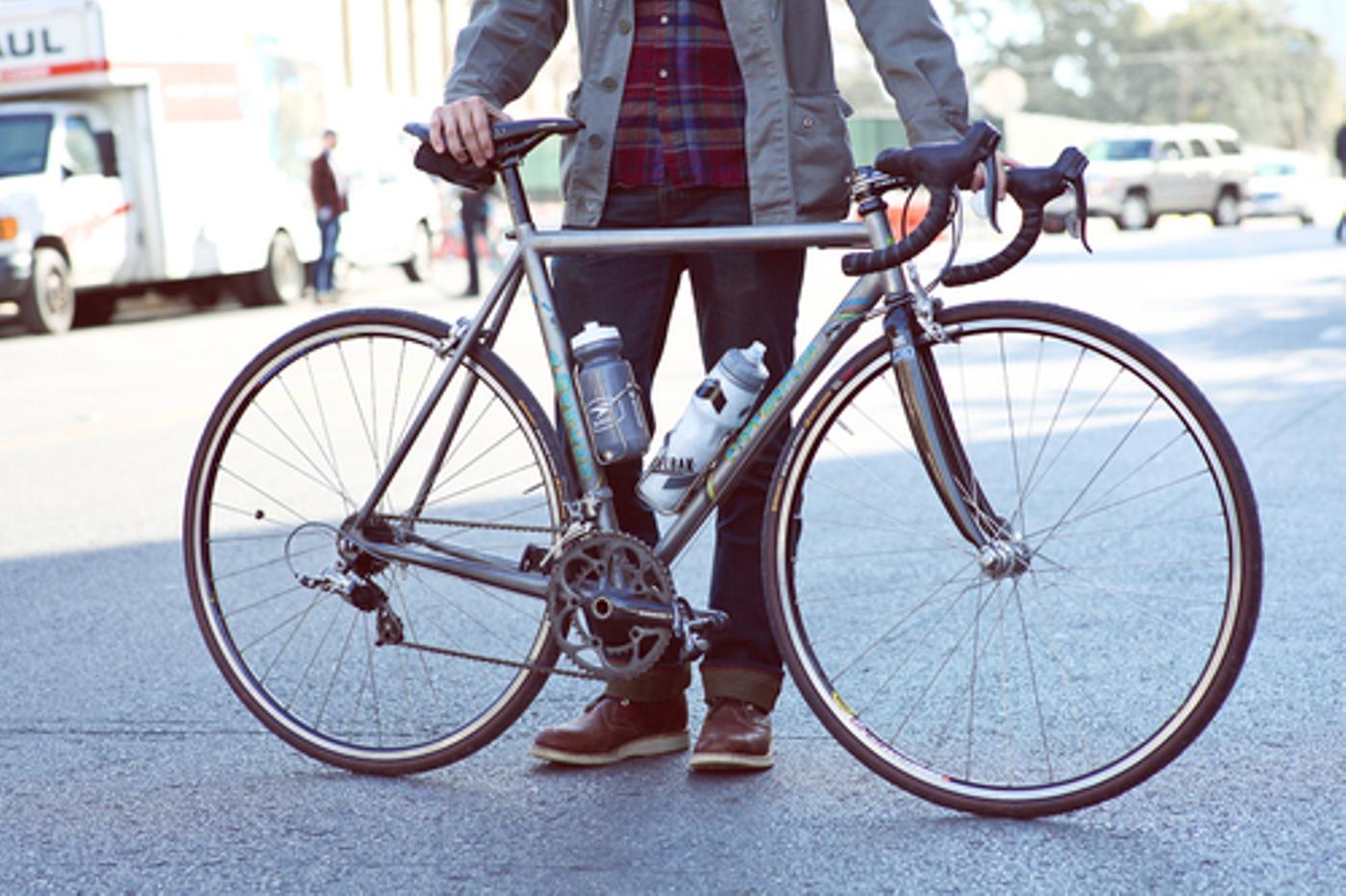 I feel like these Litespeed-built Eddy Merckx road bikes have been popping up all over the place as of late. While I was at the Mellow Swap on Saturday, I ran into Gideon and took a few photos of his road bike. I love it when people ride the piss out of their vintage frames and he’s been putting in miles on this thing all over the hills of Austin. Sébastien Corne sent this one in from the North of France sent this in with a great little back story:

“My name is Sébastien. I live just beside Roubaix. Andy from FYXO was at my home the last month to meet the Paris-Roubaix road. You have seen him in front of my Peugeot 504 with one of my Eddy Merckx bike (from Patrick Sercu). Today we do a party and we have doing some French Fries. Some friends come tonight to eat them with a french Hamburger called “Eddy” and drink some beers.

Promise tomorrow morning we will be on the Mons-en Pevele cobbles road because this is our culture with my friends. I have take a picture of outside my home with one of my Eddy Merckx bike and the French Fries”

Thanks for sharing man! Man, I miss Belgian Fries! 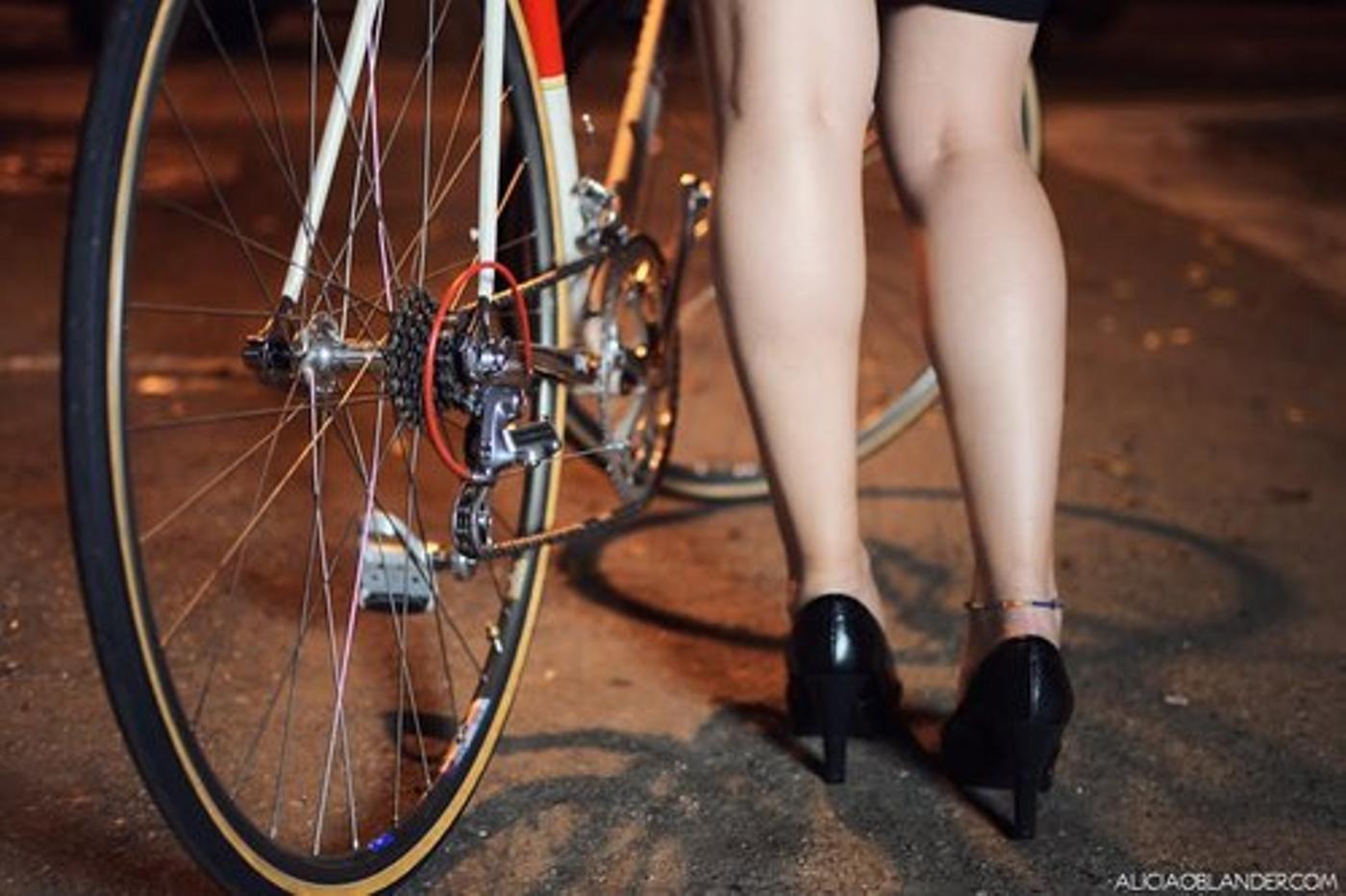 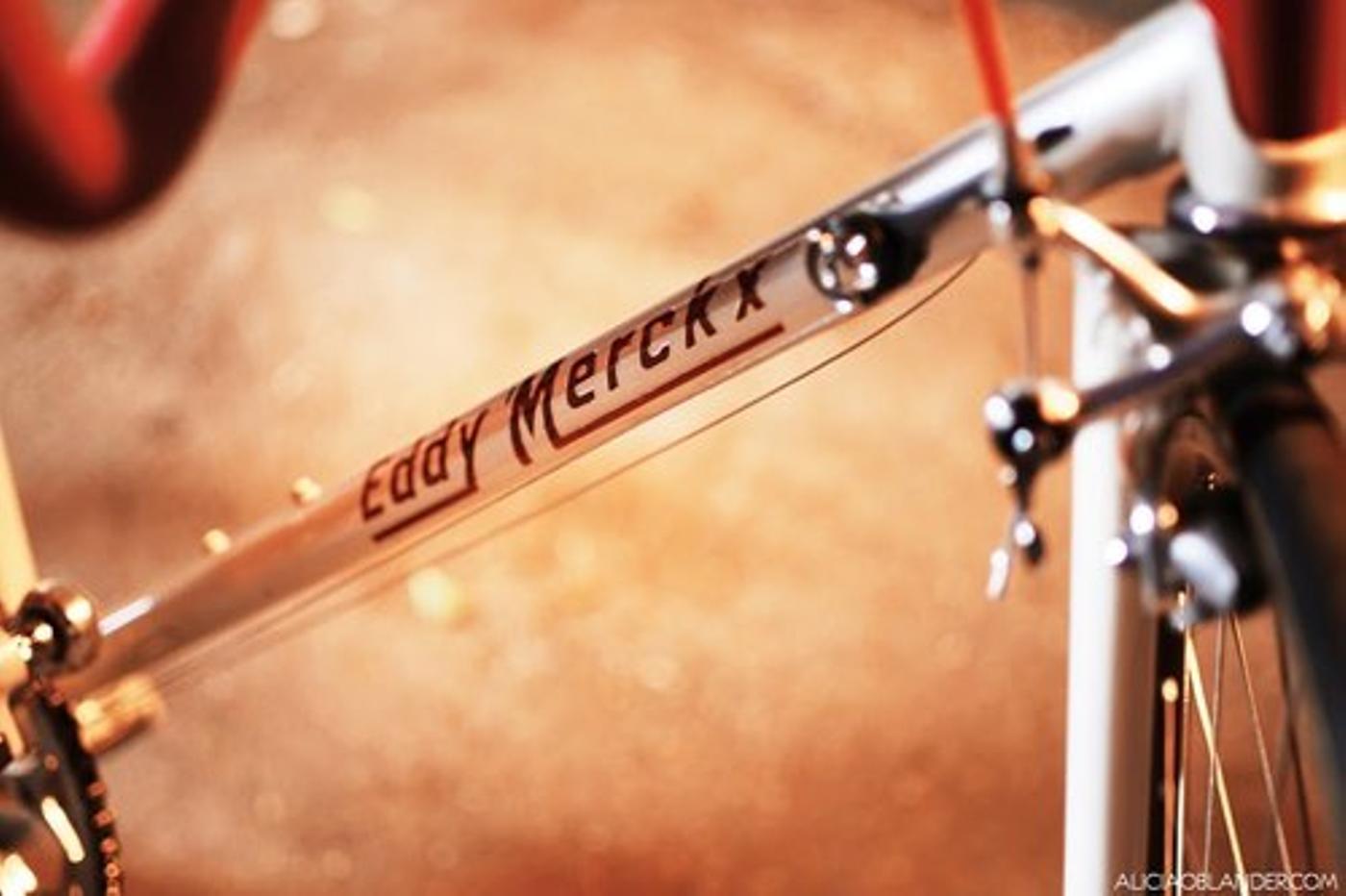 Bicycle babes and an Eddy Merckx Corsa in Faema colors? Sure! Check out more at Alicia Oblander’s blog! 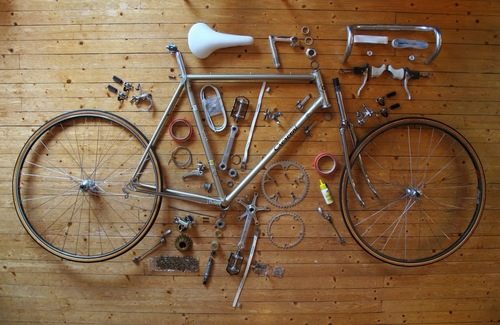 This rare bird came in from Tyko Sillanpää:

“I finished this build last summer. It’s a Crescent-branded Merckx, from about 1986 with a full Campa 50th Anniversary group. I’m not sure whether you’re aware of the Crescent Merckxes – Crescent was (and still is, I guess) a Swedish bike brand quite popular in Finland, and they sourced their high-end frames from the Merckx factory from around mid eighties to mid nineties. This frame has most of the Merckx decals except for the logotype, which is replaced by the Crescent logo. Parts are mostly period stuff – the 50th anniversary group, Campa record tubular rims, and a 3ttt cockpit with pantographed 50th anniversary markings.” …. and here are the rest of Gideon’s Eddy Merckx Ti. So sweet. He’s also probably the only other person in Austin with a Box Dog Bikes kit. I spotted him on Terrace Mountain the other day.