Where do I start with this bike? It seems every bicycle I shoot photos of has a story attached to it. Not necessarily where the frame is from or what its history is but how the owner and I crossed paths. When I met up with @ah_blake for coffee last week, he told me that one of his friends has quite the collection of Columbus MAX bicycles. He then set me up with Ben, who works at Genovese coffee here in Melbourne and so yesterday, I rode up to see Ben and his Beautiful Bicycles. He brought three in with him to work so I’ll be showing you each, as well as giving you a tour of the roasters in the next few days.

Up first is this lovely Mazza MAX track bike. Cover your eyes, it’s a bright one! Columbus MAX’s fork blades are about as beefy as it gets for steel. The front end of the bike is this muted mustard yellow. Which is good because the rear… 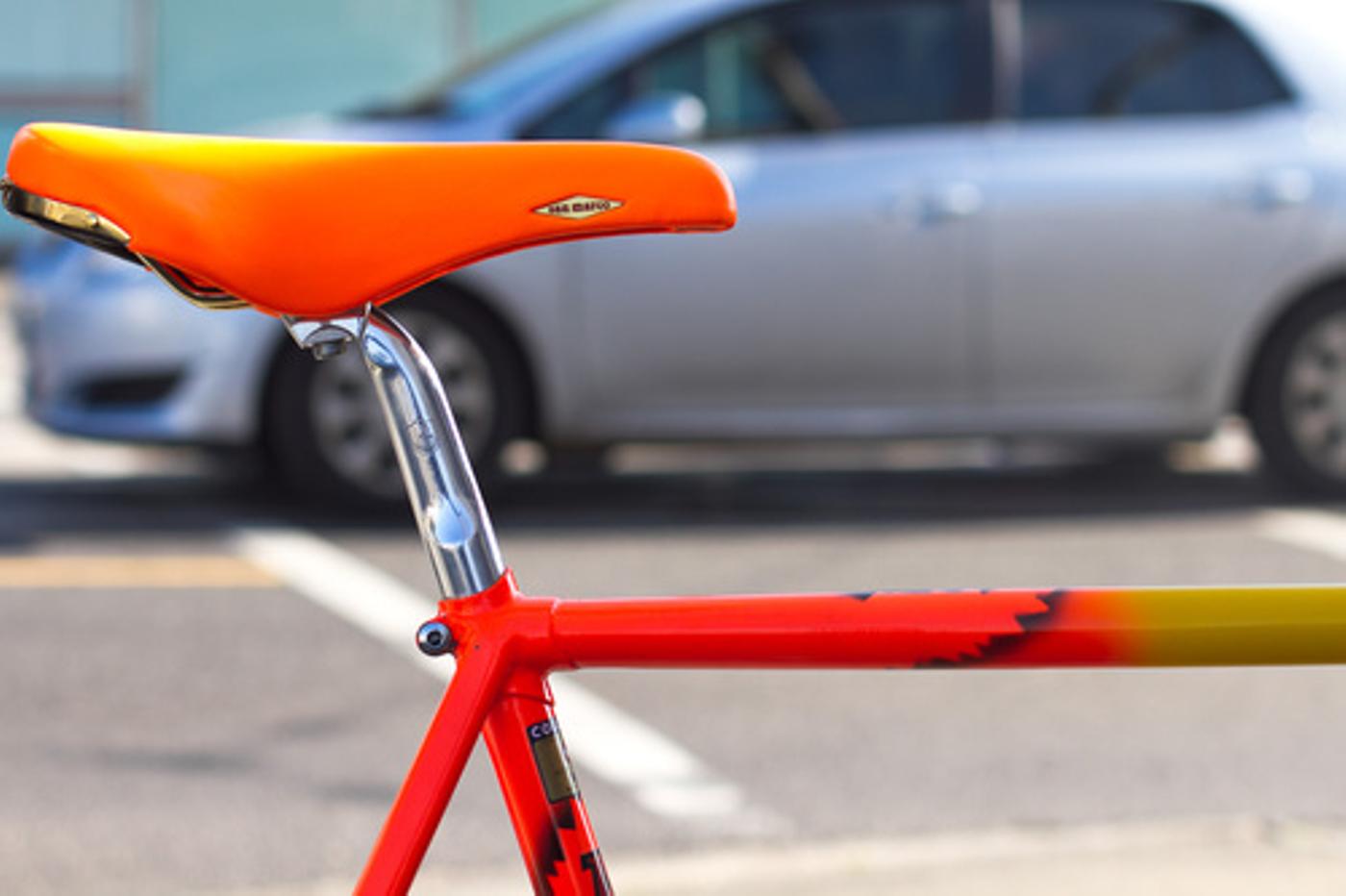 … is fluorescent orange! This photo doesn’t do it justice. It pops! The orange then fades to fluorescent green. Normally, this would be too much but Ben’s built her up with all C-Record pista. This is his racing bike. Could you imagine having to look at that rear end all night? Your retinas would burn. 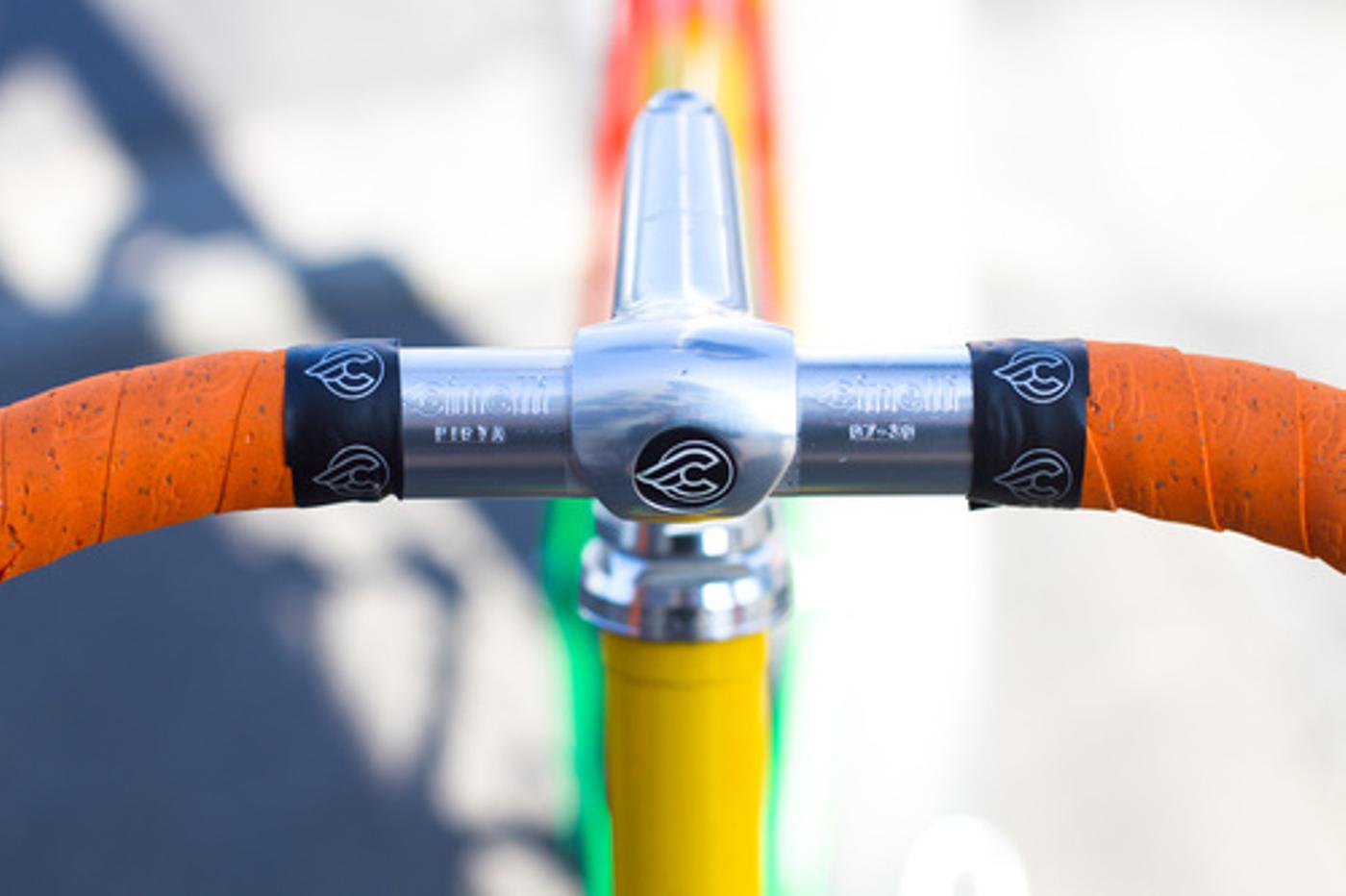 Since the bike was a custom build for a racer, the geometry isn’t so standard for a bike of this size. The seat tube is a 56cm and the top tube is a 58cm. To compensate for the longer top tube, Ben put a shorter Cinelli stem on it. Of course it’s matched with pista bars and Cinelli orange cork tape. The rear stays only accept a racing tire but the axle to crown on the fork supplies an excessive amount of clearance, making it a rather unique frame. As if it needed any more nuances. So the story goes, Mazza was a Swiss (?) builder in the 80’s. He made a road, track and pursuit frame for a racer in this “colorway” and Ben bought the matching road bike, which is also C-Record. You can see the road bike here, in a Fyxo post. Initially, the bike was set up differently, but now Ben’s got it dialed and races it at the track when he has time. It’s a clean build with a bit of 80’s steez points. I wish I would have shot more photos of the bobo-ass stenciling in the paint. It’s so bad! Not that you’d really pay attention to it anyway… Wow.

Thanks to Ben for opening his stable up to me. Expect more in the forthcoming days! Check out more detailed photos at my Flickr.