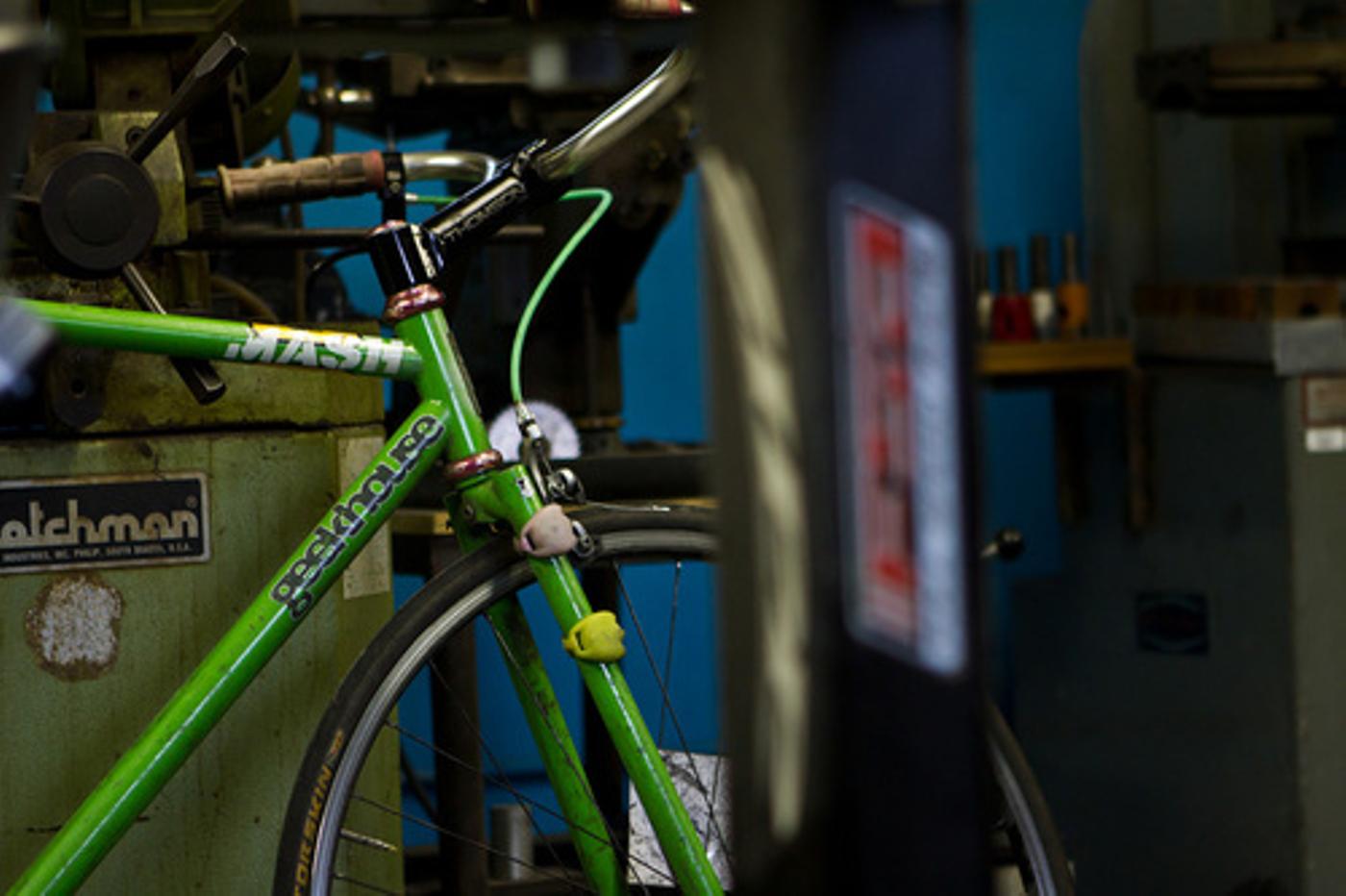 It seemed like ages since I first visited Geekhouse’s shop in Allston. A lot has happened at Geekhouse in between November and April. They had a successful year at NAHBS and their in-house powder coating company, Sugarcoat has really taken off. While I was up in the Boston-area this week, I popped by to see what the guys at Geekhouse were working on. 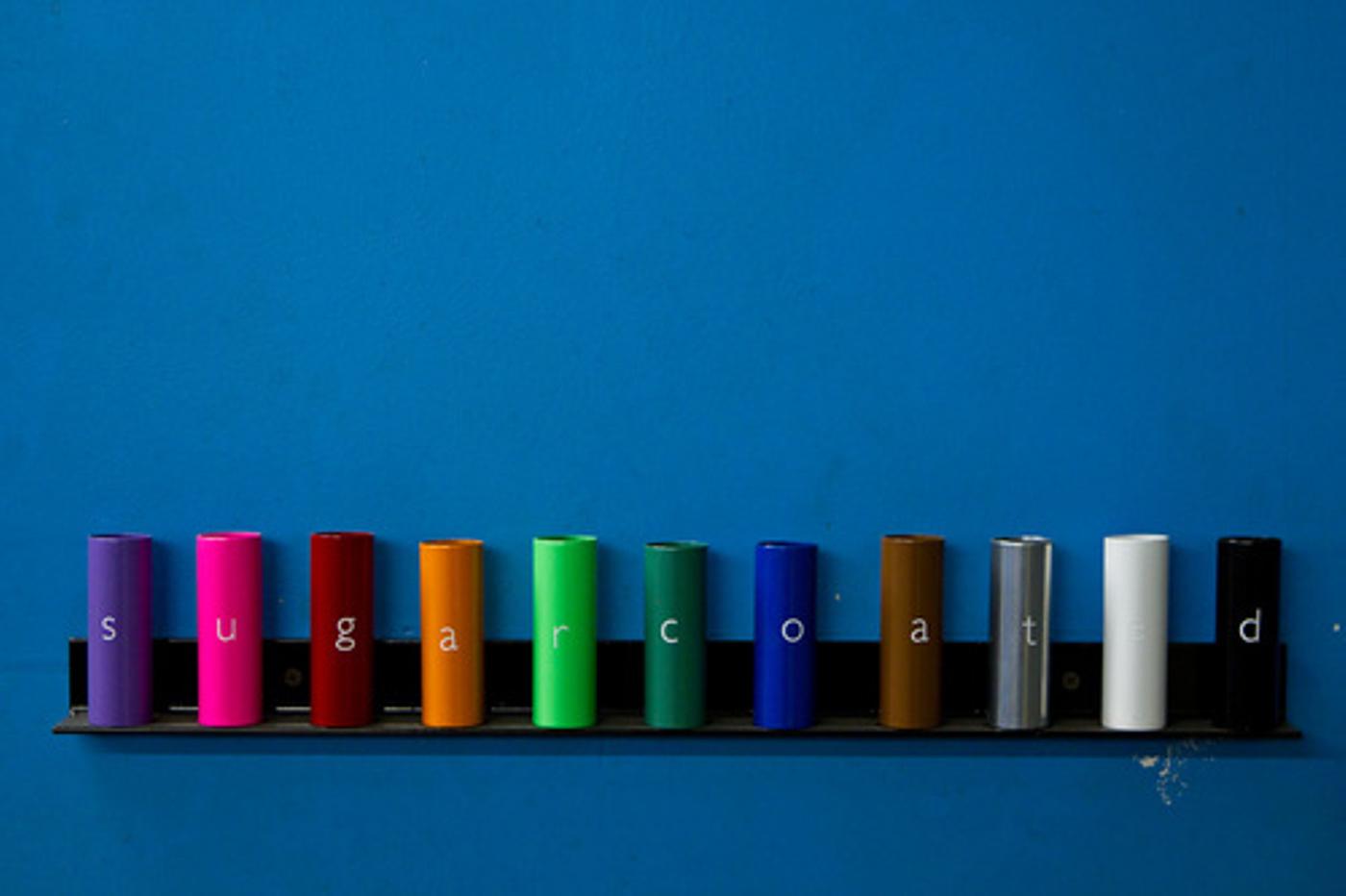 As I mentioned, Sugarcoat has been busy. Brad’s queue is always growing and he’s been inhaling so much powder that his brain is firing off all kinds of creative ideas. 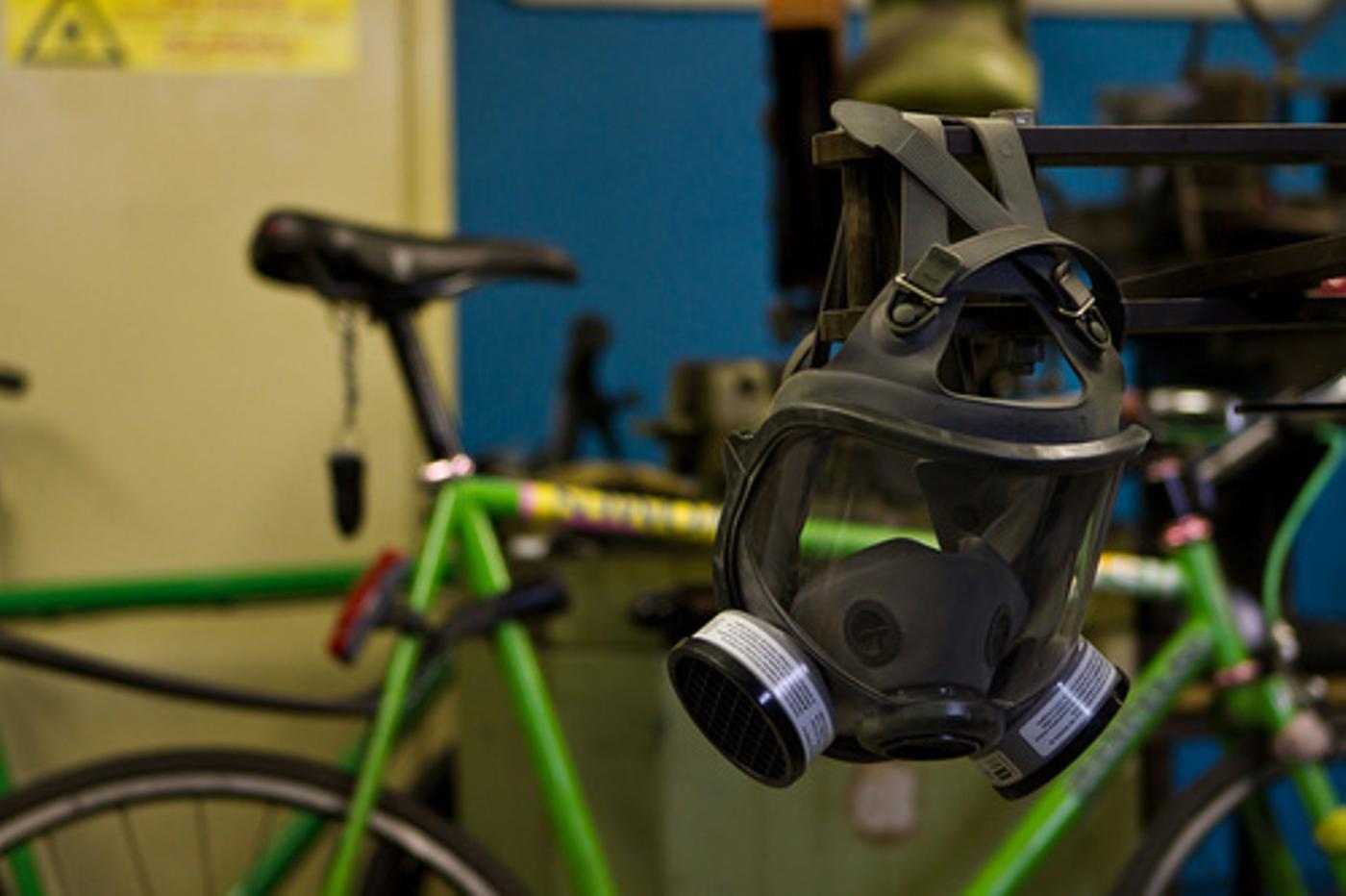 Maybe he should wear his mask more often? 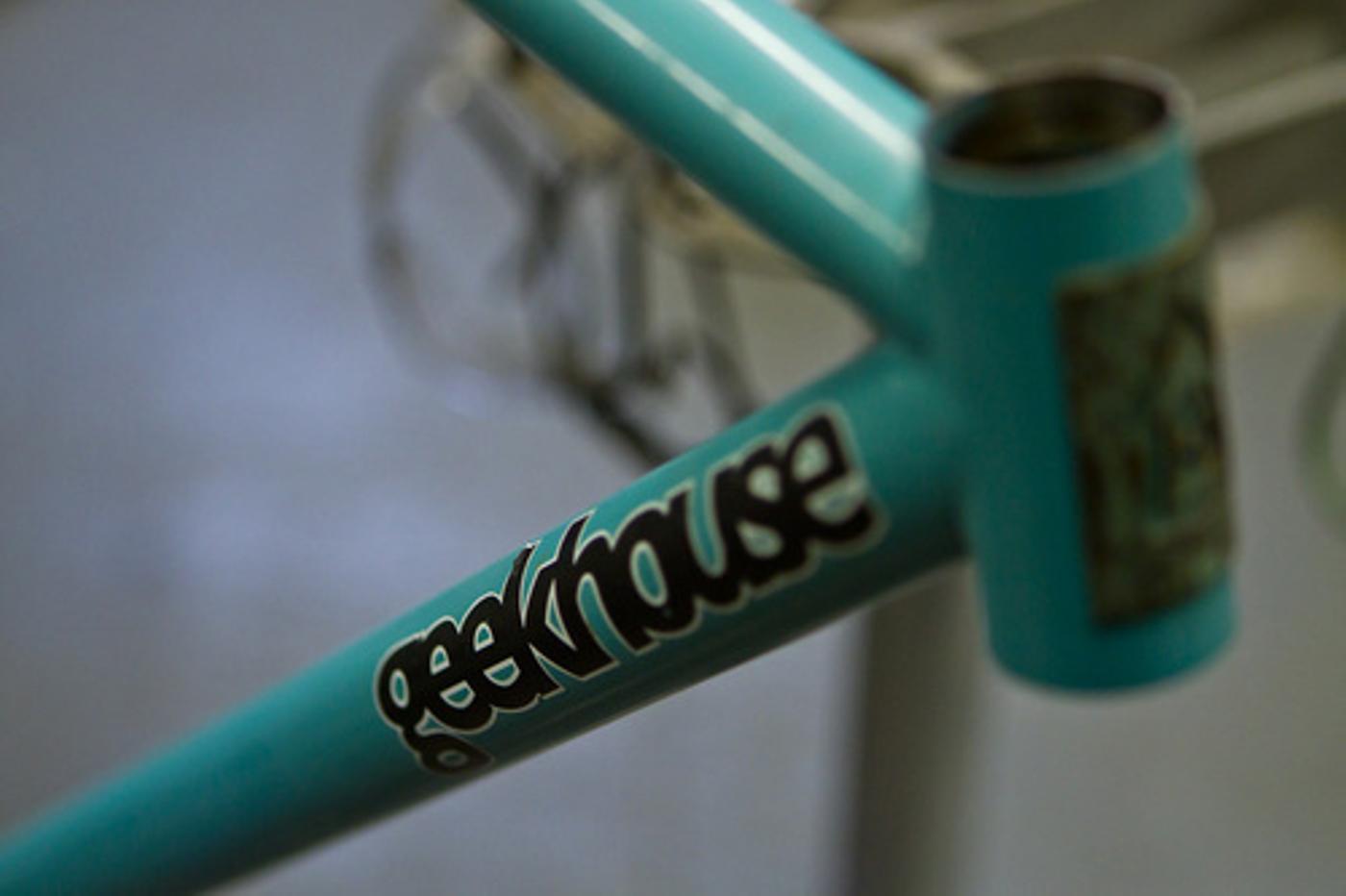 Two of the first Rockcity track bikes were in the shop. This one, which was Geekhouse #07 had a seized seat post so Brad was giving it a complete overhaul. 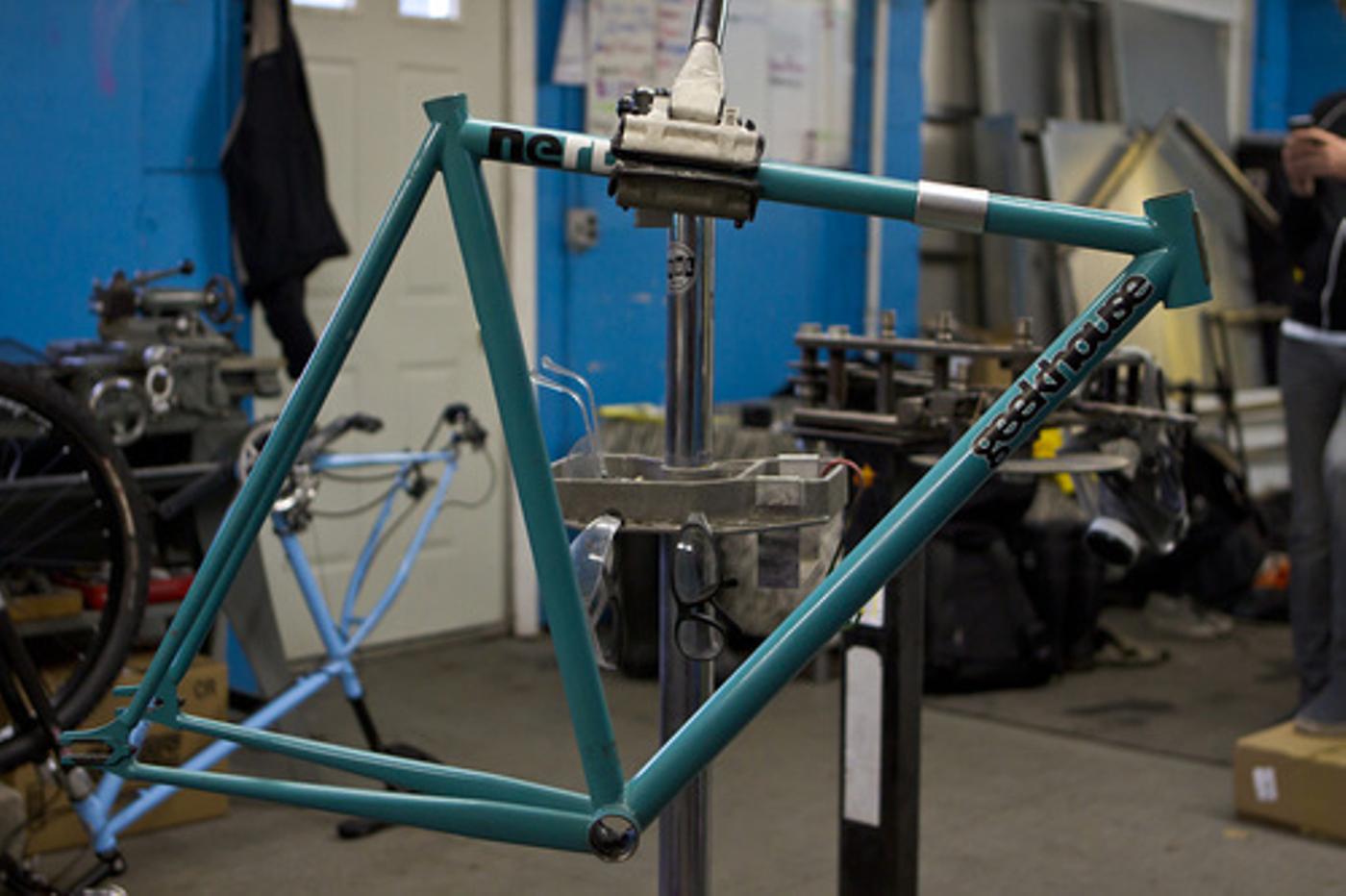 I still love these bikes. 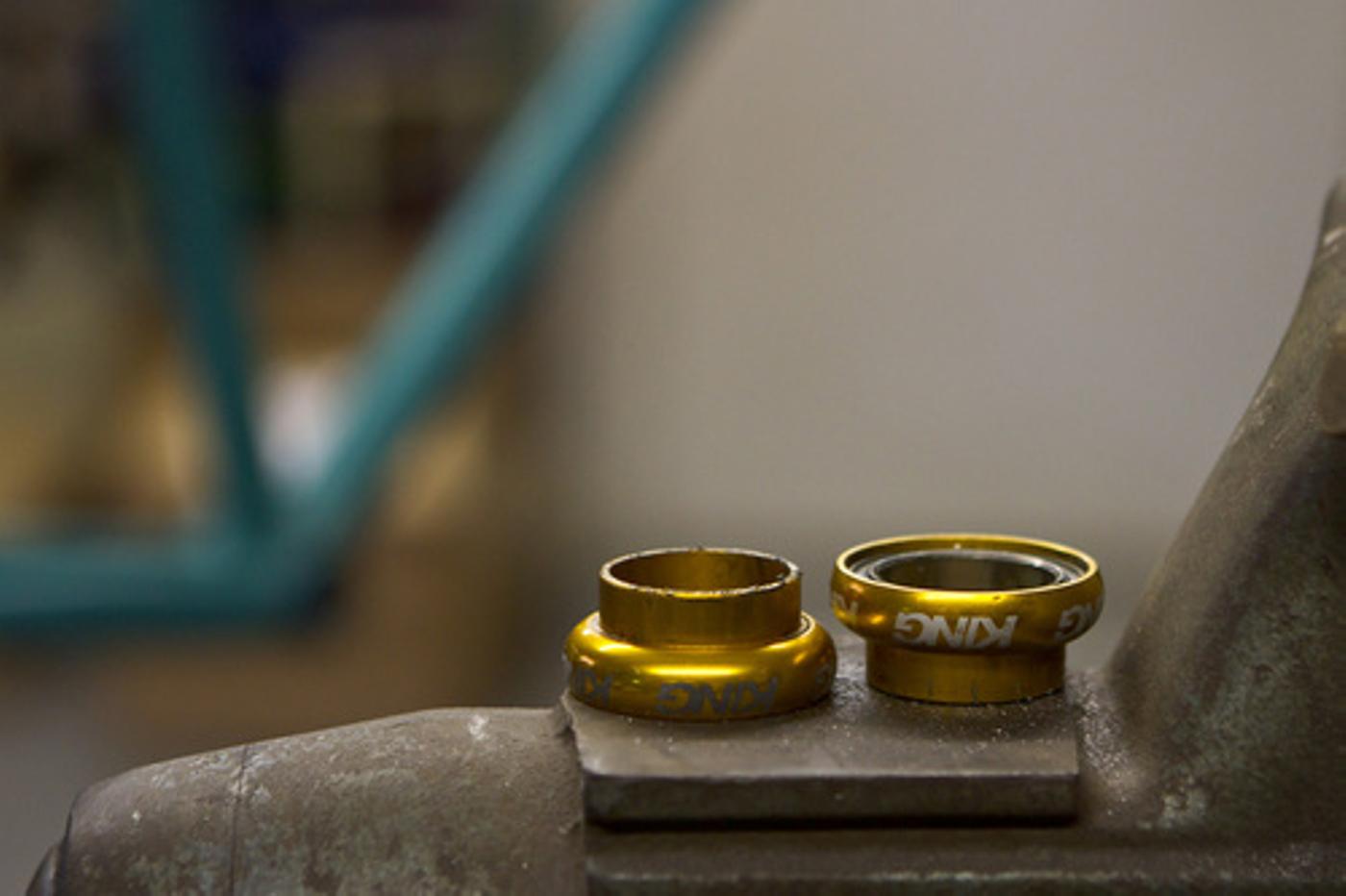 The owner’s had this Chris King headset since the day he got his bike. 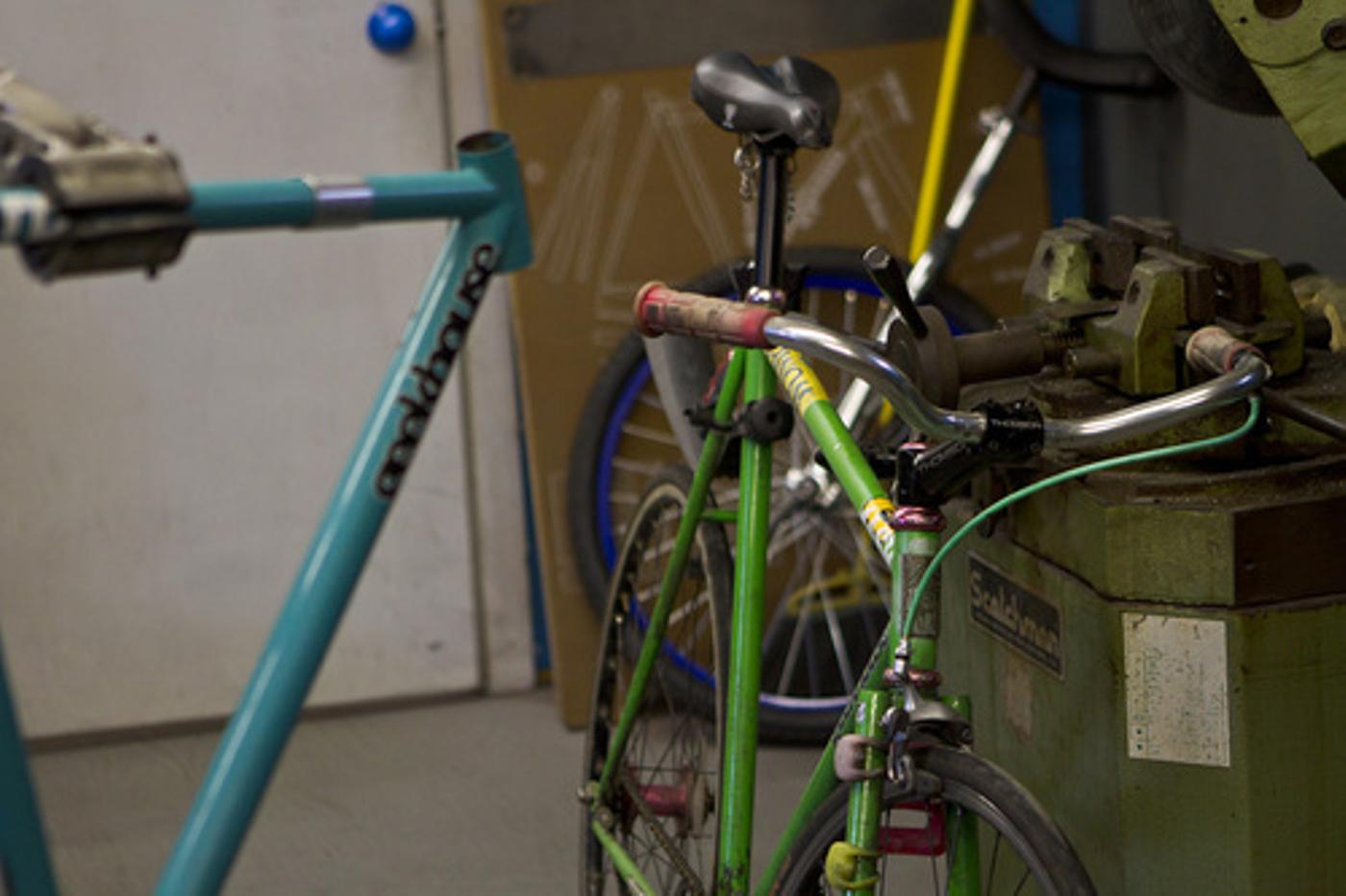 This crazy beast is Geekhouse #14 and its owner was just dropping it off for an overhaul and maybe a fresh Sugarcoat. 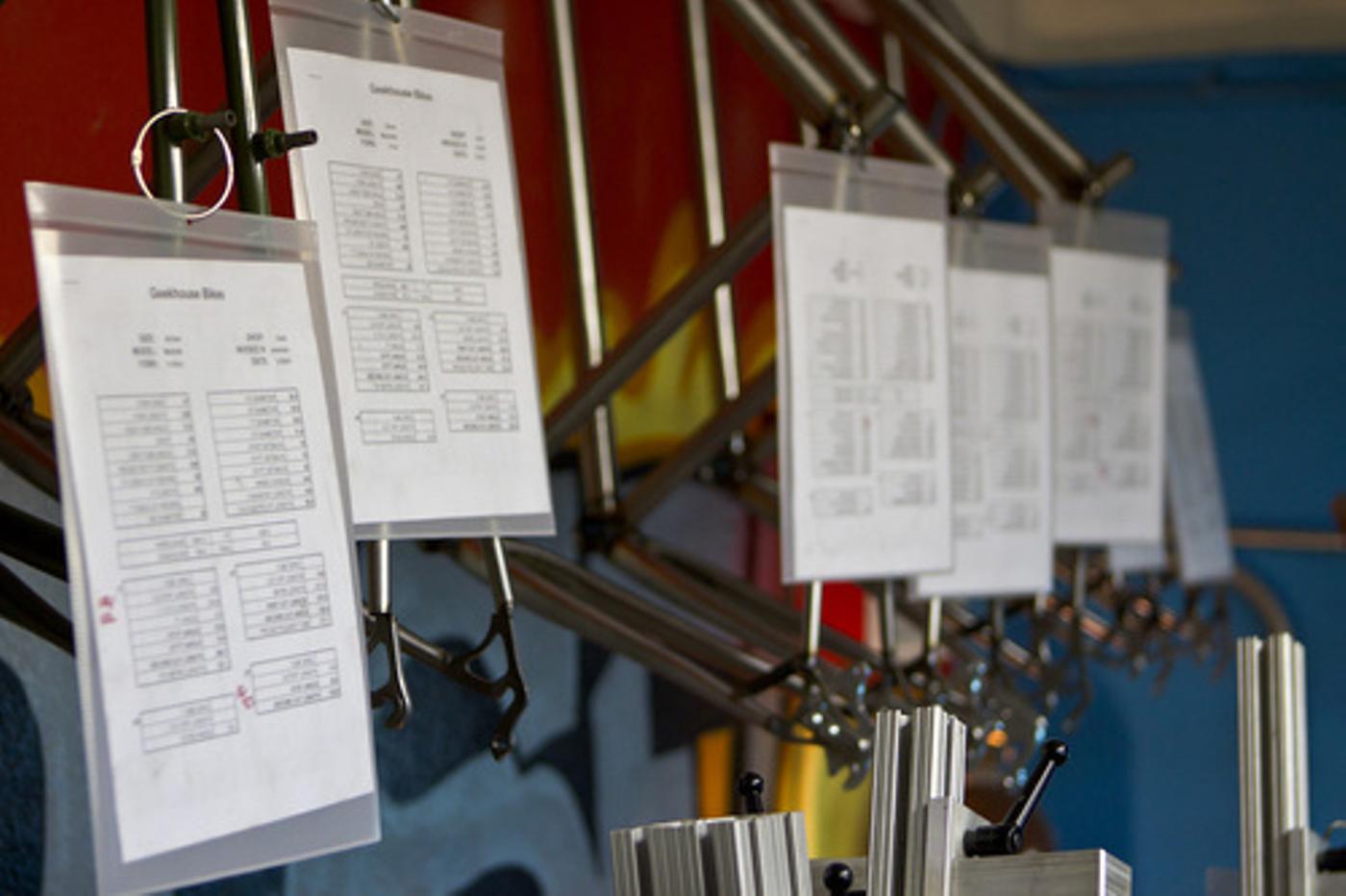 Meanwhile, the queue is stacked with the 2011 team Geekhouse Wormtown 29’r mountain bikes. 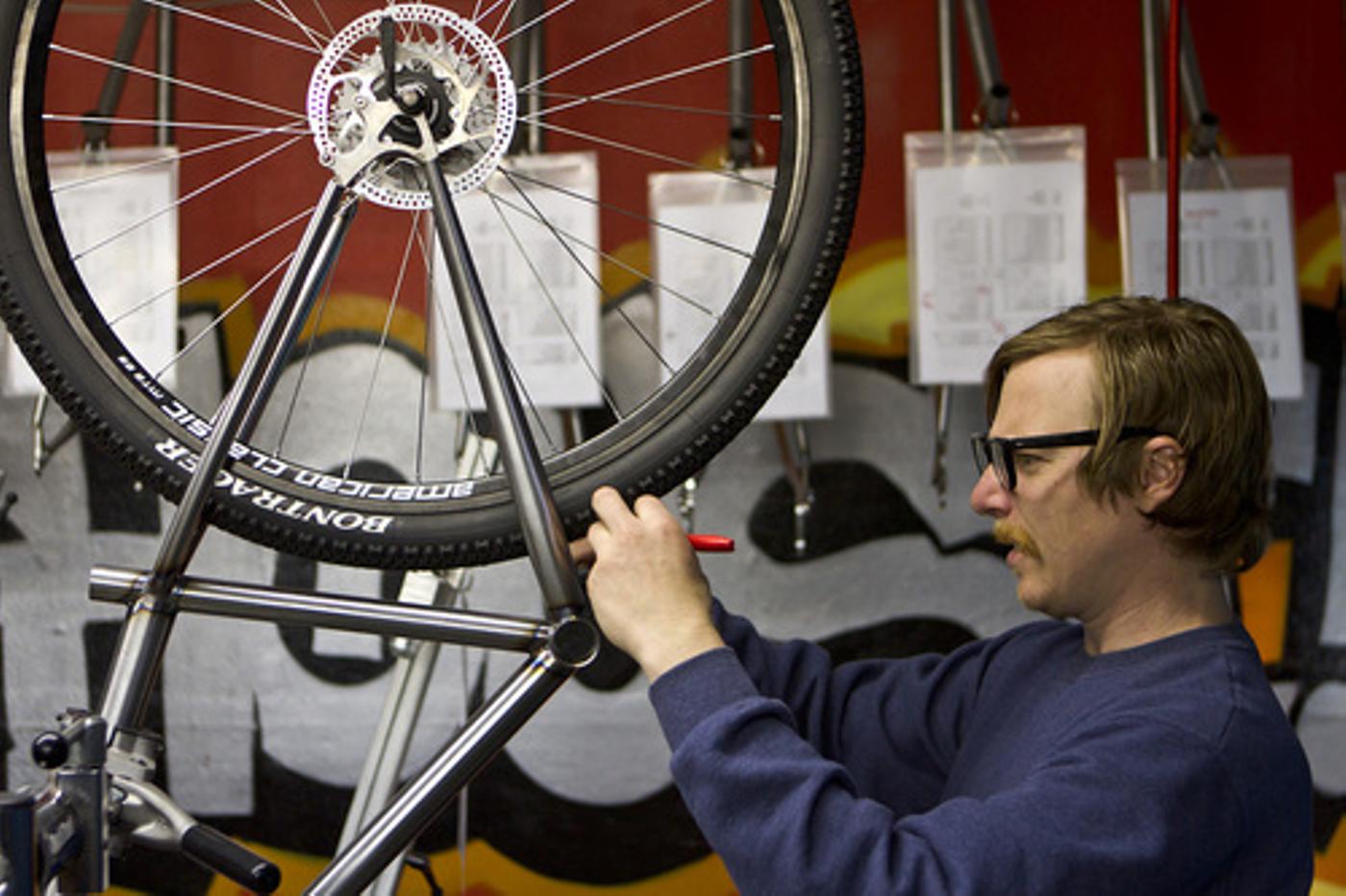 Marty is in full-blown production mode on these bikes. 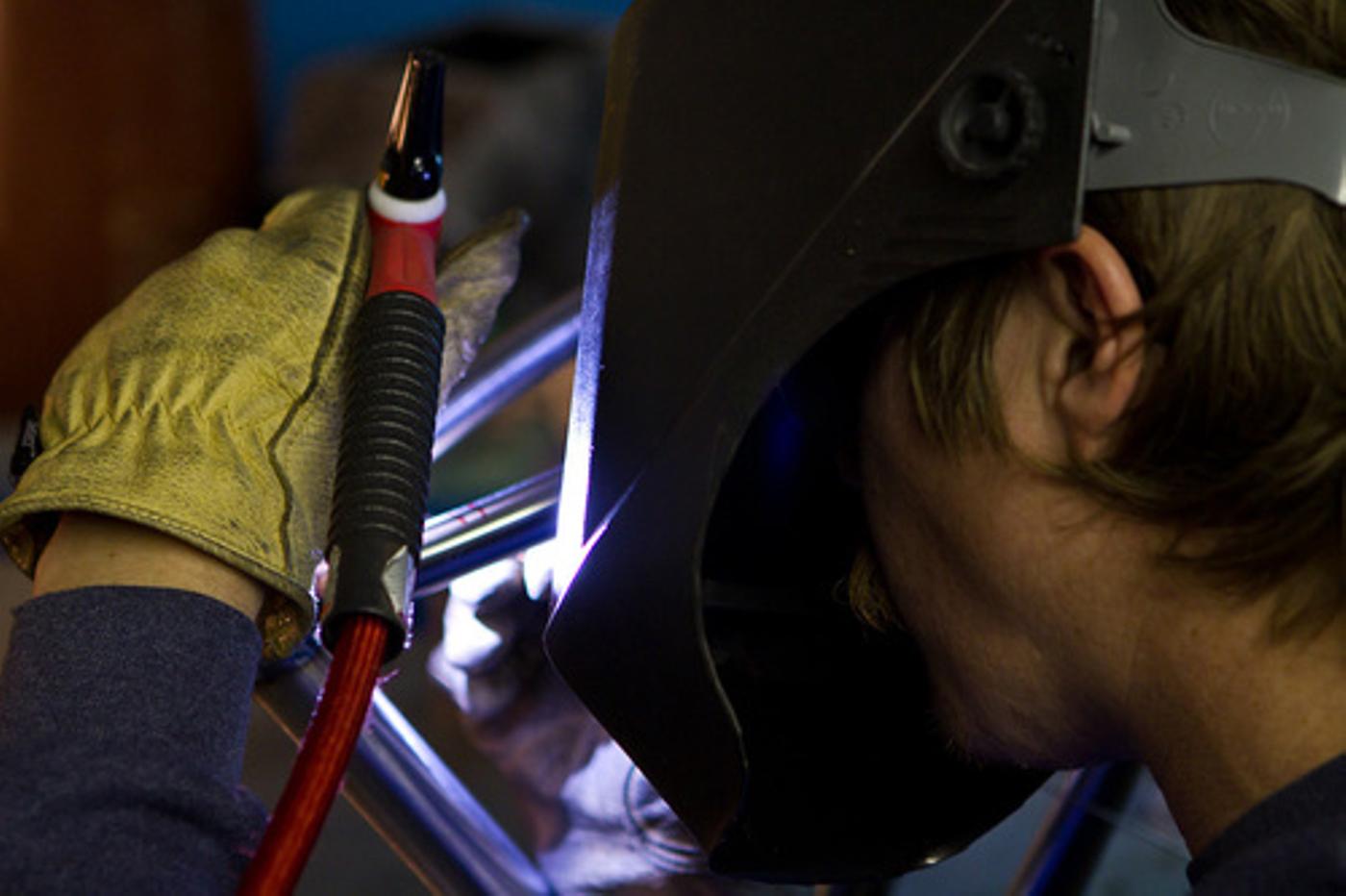 He spent the entire time I was there welding up the rear triangles. This was a brief visit because I had a rather large fish to fry while I was in town. More on that later… By the way, the guys visited the True Temper factory on their drive back from Austin. You should check it out at their blog!

Check out some more photos below (you can’t see these through RSS so click here).