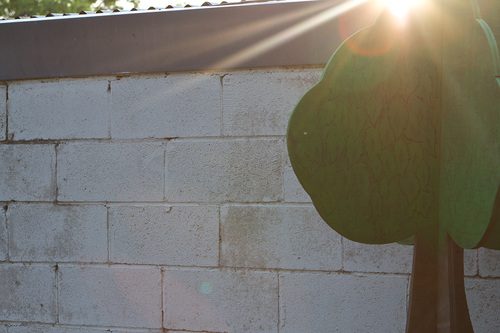 Tree Bicycle Co is a small, two-person BMX component company out of Potosi, Missouri. Tree was born from the mind of Sam Schulte and is arguably most noted in fixed freestyle for their Lite splined sprocket. This became the saving grace for fixed freestyle riders, pushing the demand for their innovation into overdrive.

Eventually, when the business became too busy, Sam picked up Nathan to help him with the growing company. Yesterday I spent the afternoon with Sam and Nathan from Tree talking ‘industry’, the growth of their company and the future of fixed freestyle.

Check out more photos from my afternoon with Sam and Nathan from Tree Bicycle Co below! 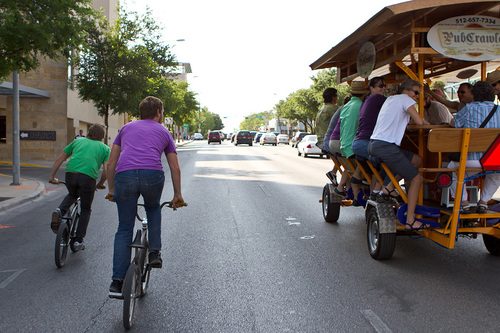 We met up at a downtown coffee spot but soon were on a mission for some fresh-squeezed juice. Sam’s a bit of a health guru, only eating raw foods (including meat) and he had a craving for some juice. Since I’m still relatively new here in Austin, I took the guys on a roundabout way to Daily Juice on the west side. After quenching our thirst, we got to chatting about the possibility of the Tree fixed freestyle line. Sam had his thoughts about it, which I gave my input. 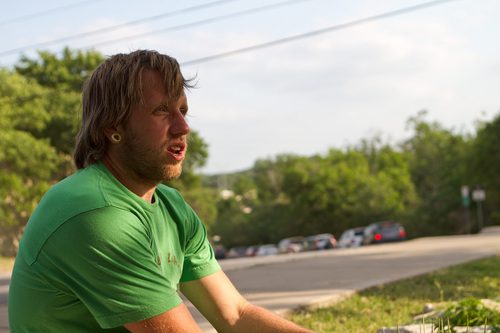 And Nathan expressed his concerns. At the end, we both agreed what the best direction would be for Tree and fixed freestyle. While I can’t say exactly what we talked about, I can say that like everything Tree does, these products will be unique and innovative. They’re not the kind of people who just want to slap their logo on Taiwanese blanks. Sam’s a person who is constantly tweaking his production models. Here’s a shot of a well-used Straight Pull front hub on Nathan’s Little Buddy frame. 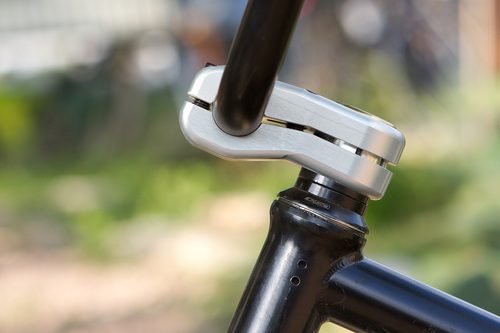 What will come as a shock to many people (myself included) is that after years of jumping around from parts manufacturer to parts manufacturer, Sam and Nathan have moved their business overseas. One of the first products out of the line is the Collet stem. While the first run was made in the states, all future production will come from their manufacturer in Taiwan. 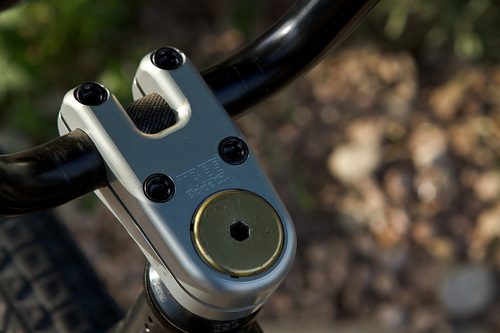 Their long-time manufacturer here in the States got bought up by a large client and Sam felt that he was losing his grip on his business. Rather than investing valuable time and money in another US manufacturer, he decided to go with one of the highest-end manufacturers in Taiwan. This freed up him and Nathan to do more explorations into component design and while I’ll miss boasting about Tree being made in the USA, I’d rather have them around than to have them fall under financially like so many companies have. After we finished chatting, Sam, Nathan and I headed east to hit up T-1. I shot so many photos of the guys hitting curb cuts and scooping sidewalks on the ride over. Riding a BMX in Austin must be so much fun. 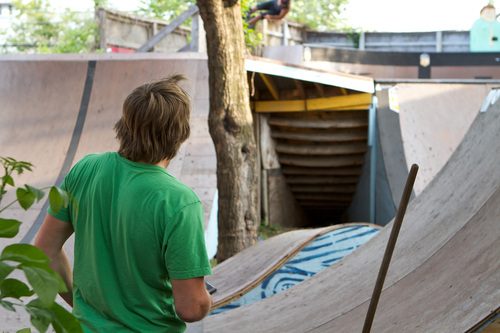 Especially with looming giants like this waiting to be ridden! Everyday is a jam session here with dudes throwing it down hard. Sam and Nathan fit right in. Here’s my photo-mobile. Front pannier stuffed with the DSLR bag. Makes for an easy ride and shoot setup. I’ll usually have a tripod on the rear rack. This is only half the story. Sam and Nathan gave me an exclusive look at some new products which are in the prototype phase. We’ll take a look at those later. For now, check out more photos at my Flickr!