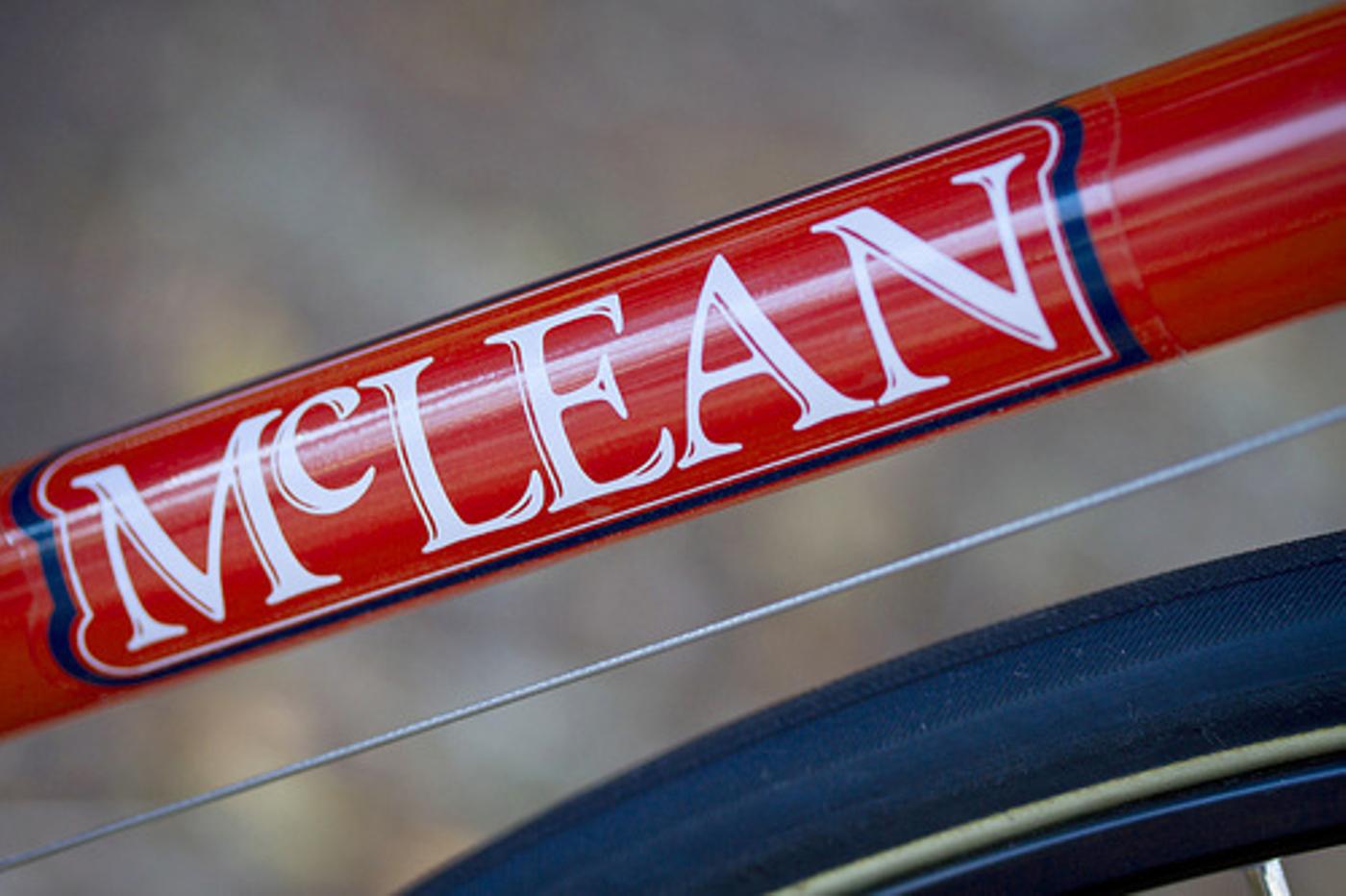 This bike has been repainted multiple times since its creation, with the current paint job an exact replica of its original colors. 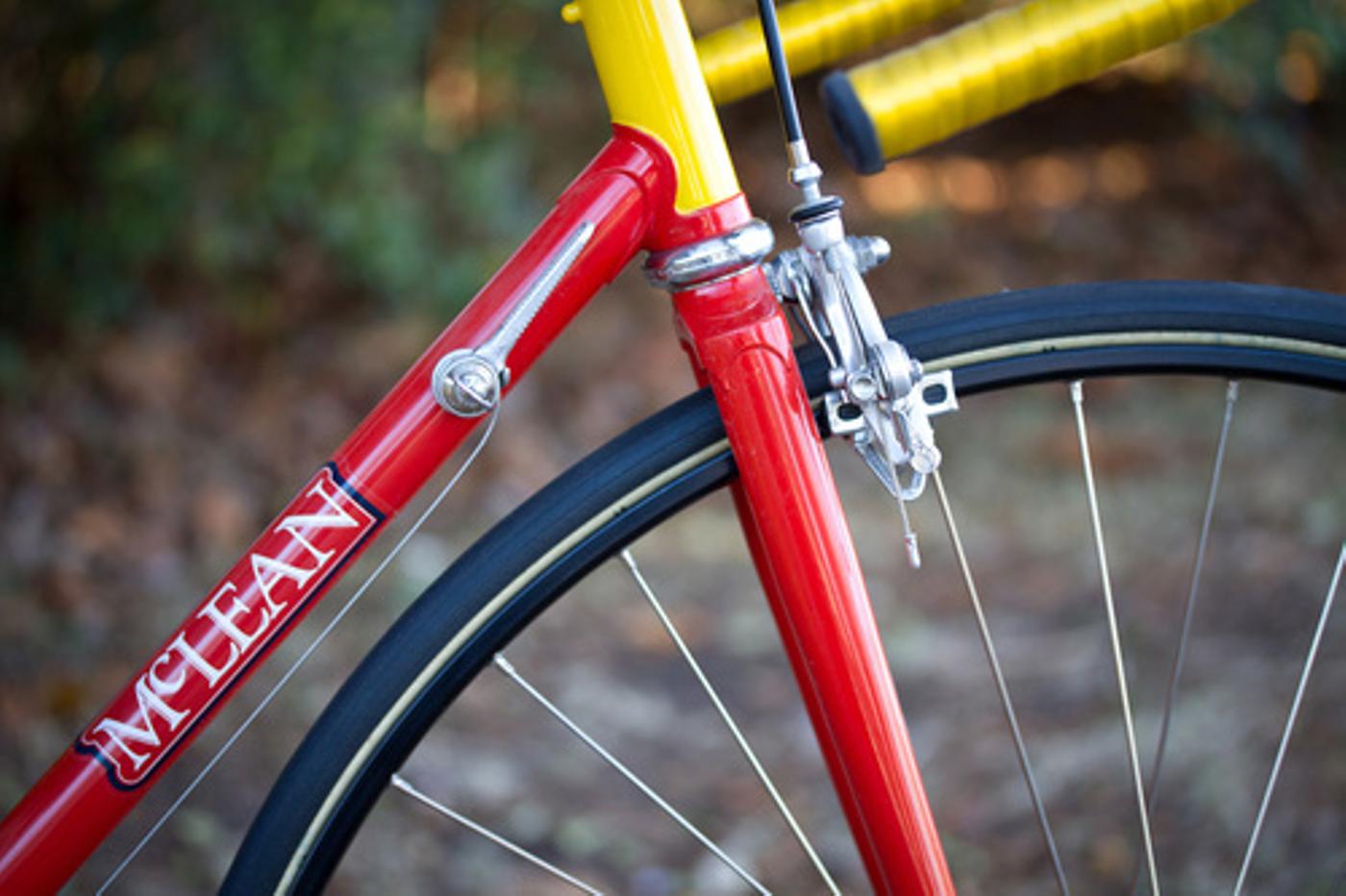 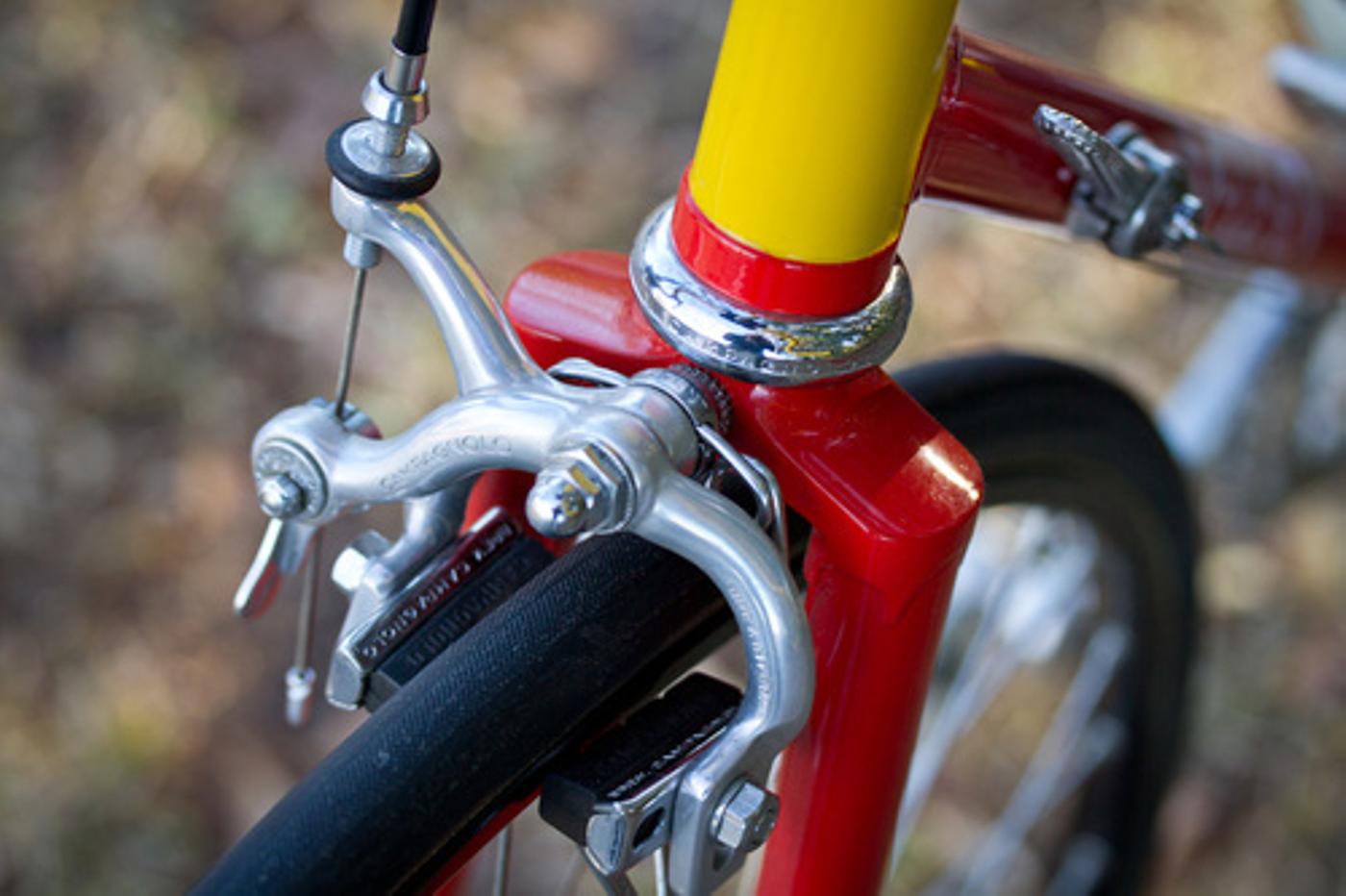 Simplicity and elegance, lacking any razzle or dazzle. 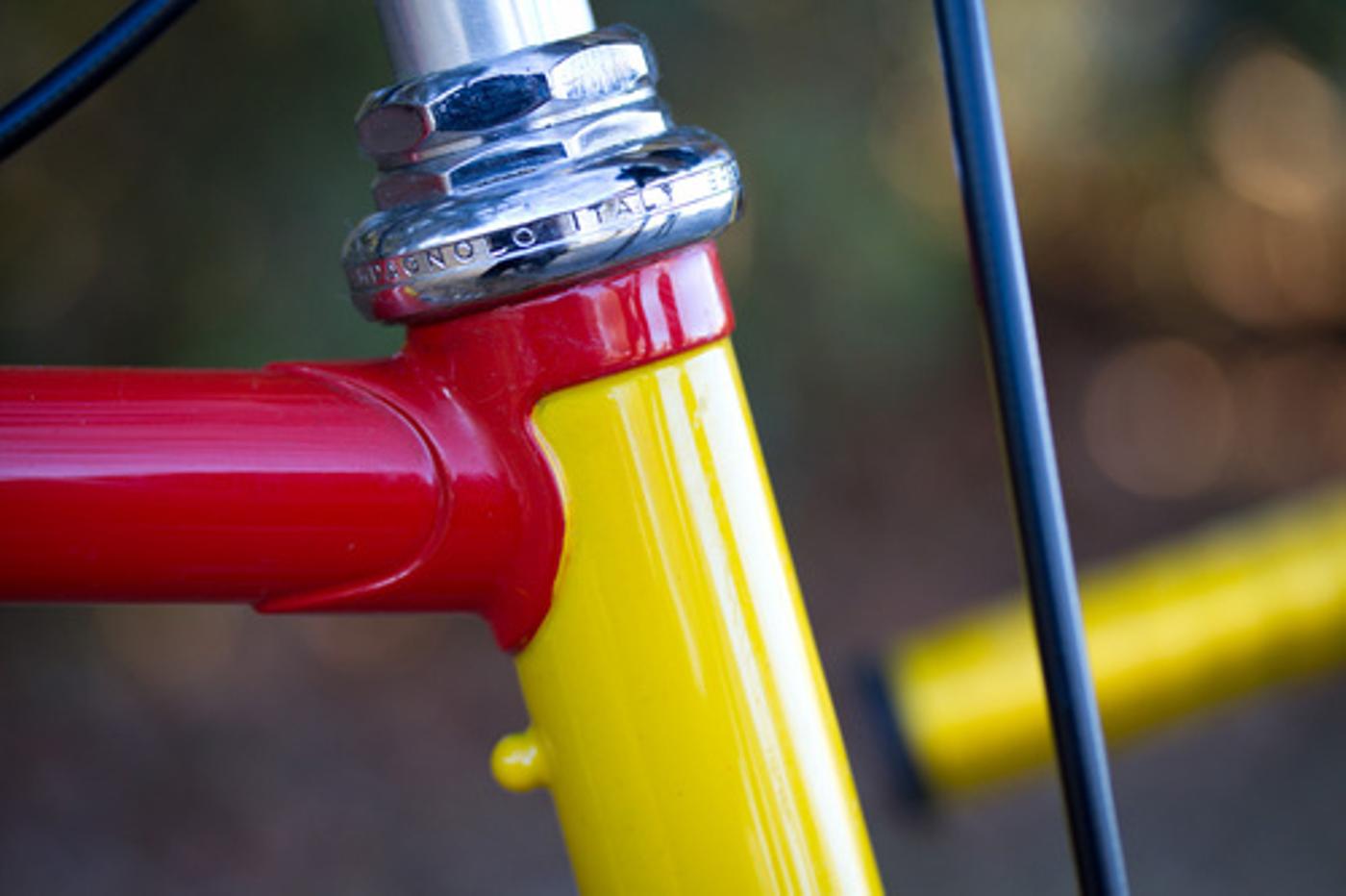 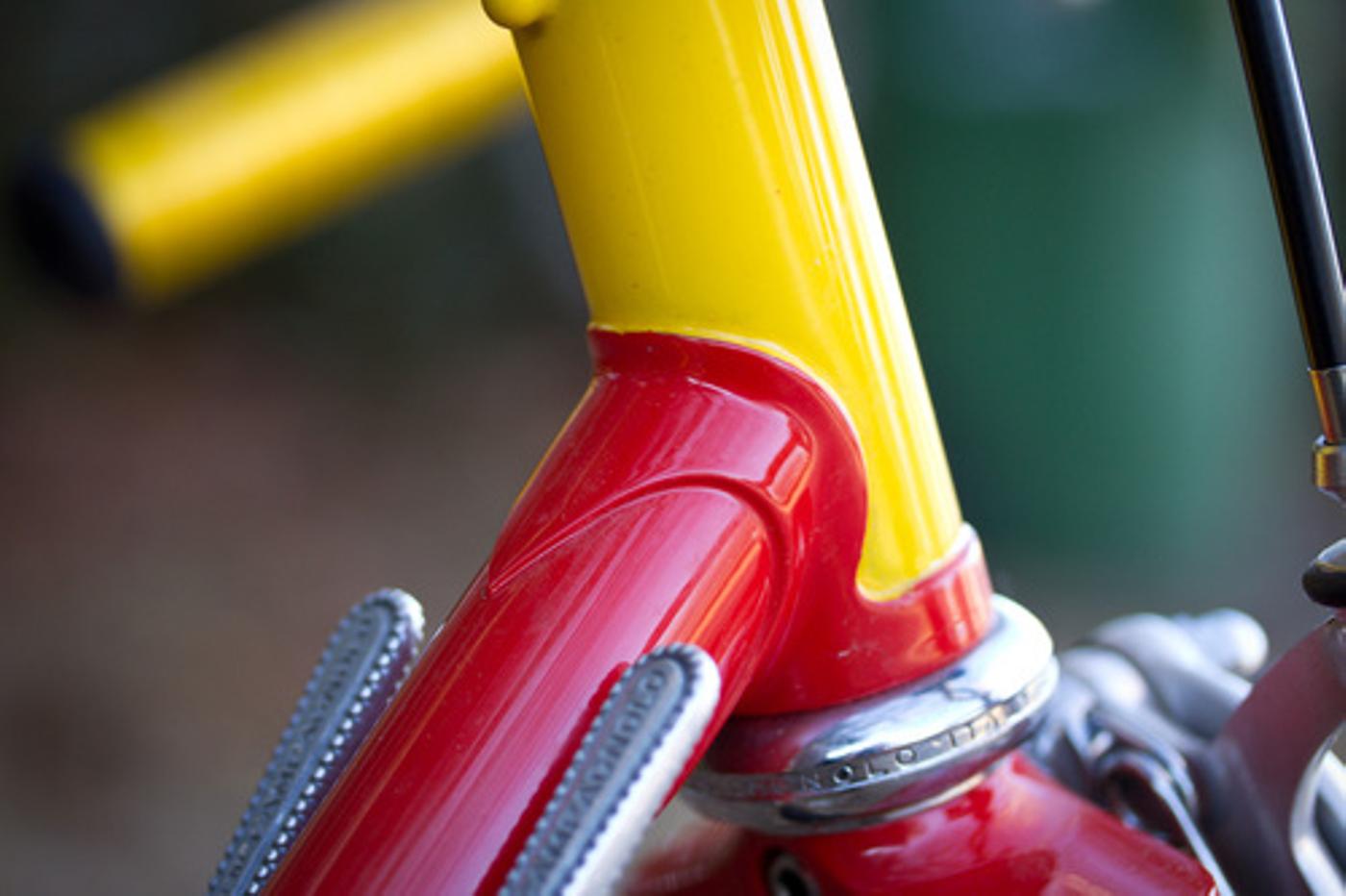 And fine lines give McLean’s frames a modern flare even though this one is over 20 years old. This was Jim’s racing bike. He began racing it in the early 80’s. Everything is just as he left it. 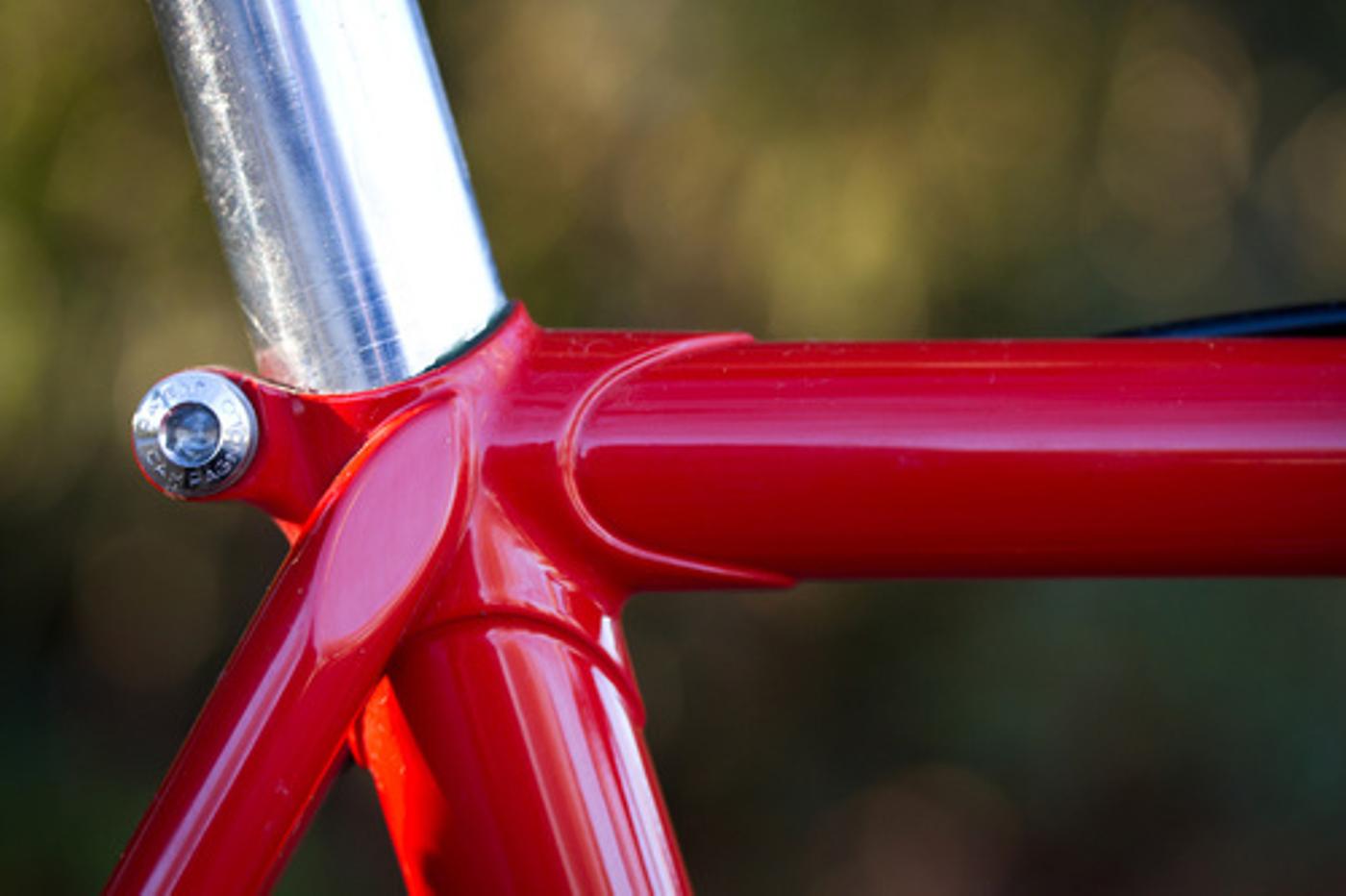 He spared no expense on the restoration. 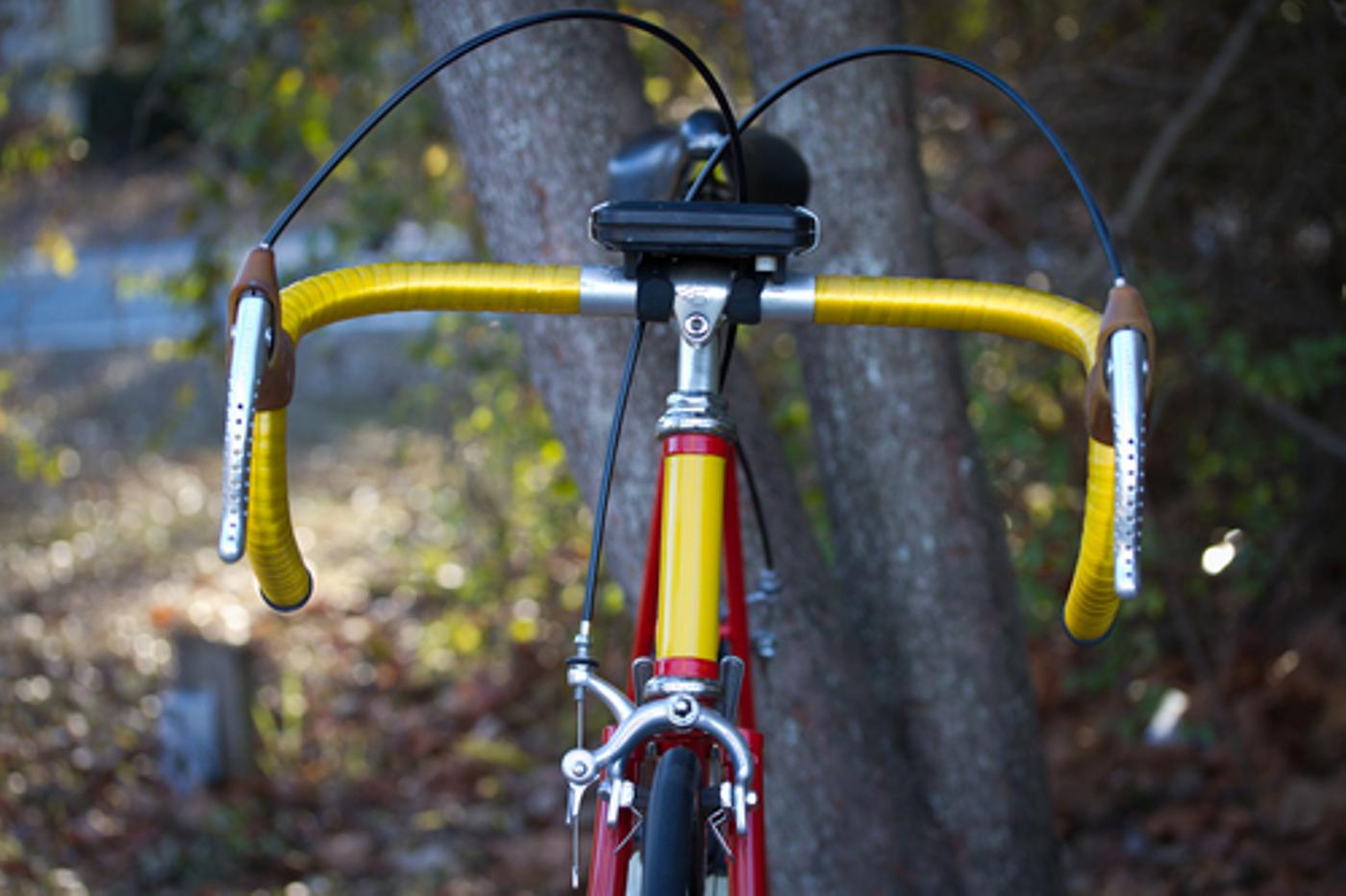 Every last detail is impeccable. His original computer and a flying-c Cinelli 1a stem are nice touches. 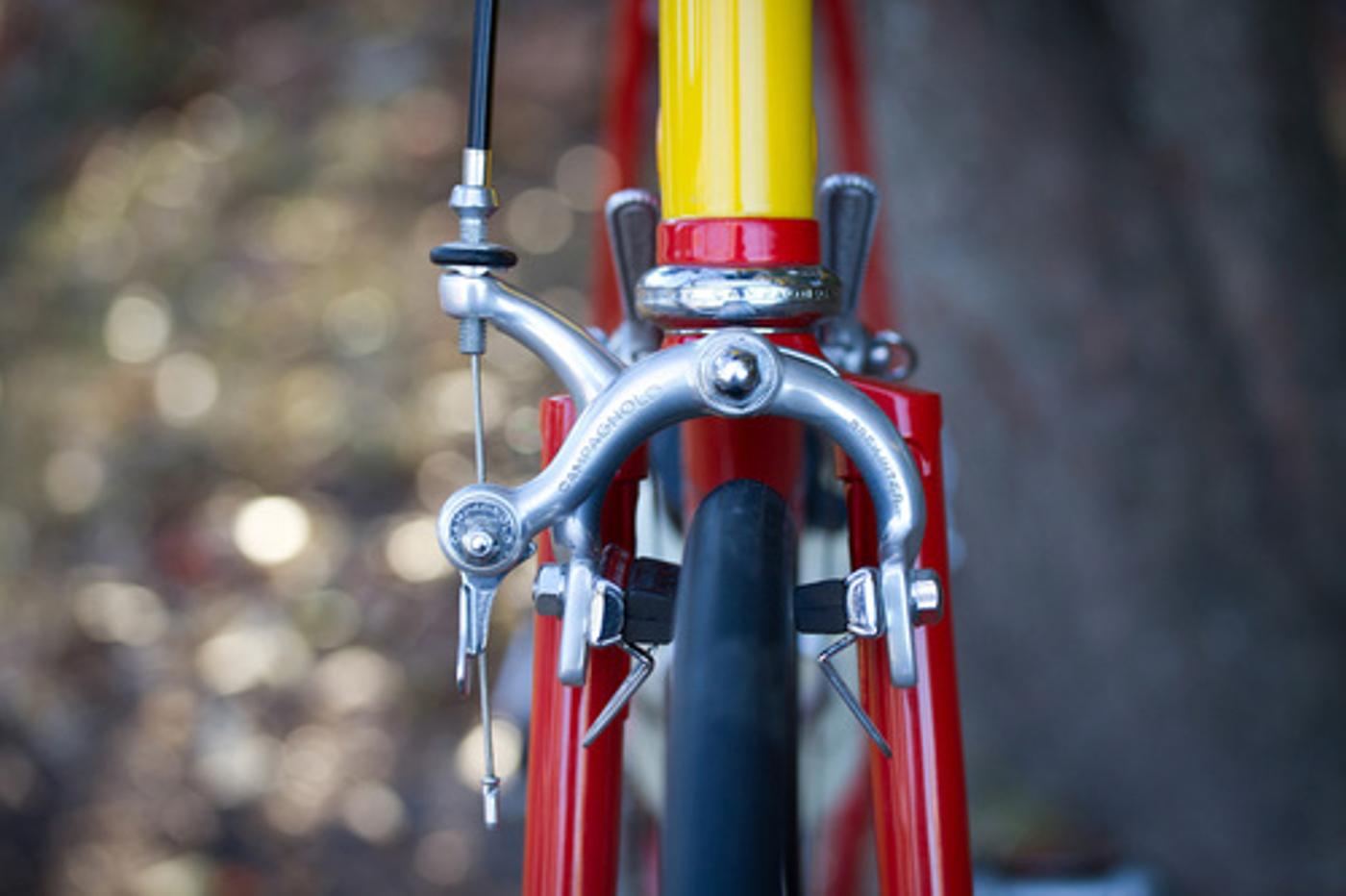 The brakes are immaculate. As I was shooting the bike, we joked about how everything back in the 80’s had “2000” in its name. I guess it was supposed to be high tech. 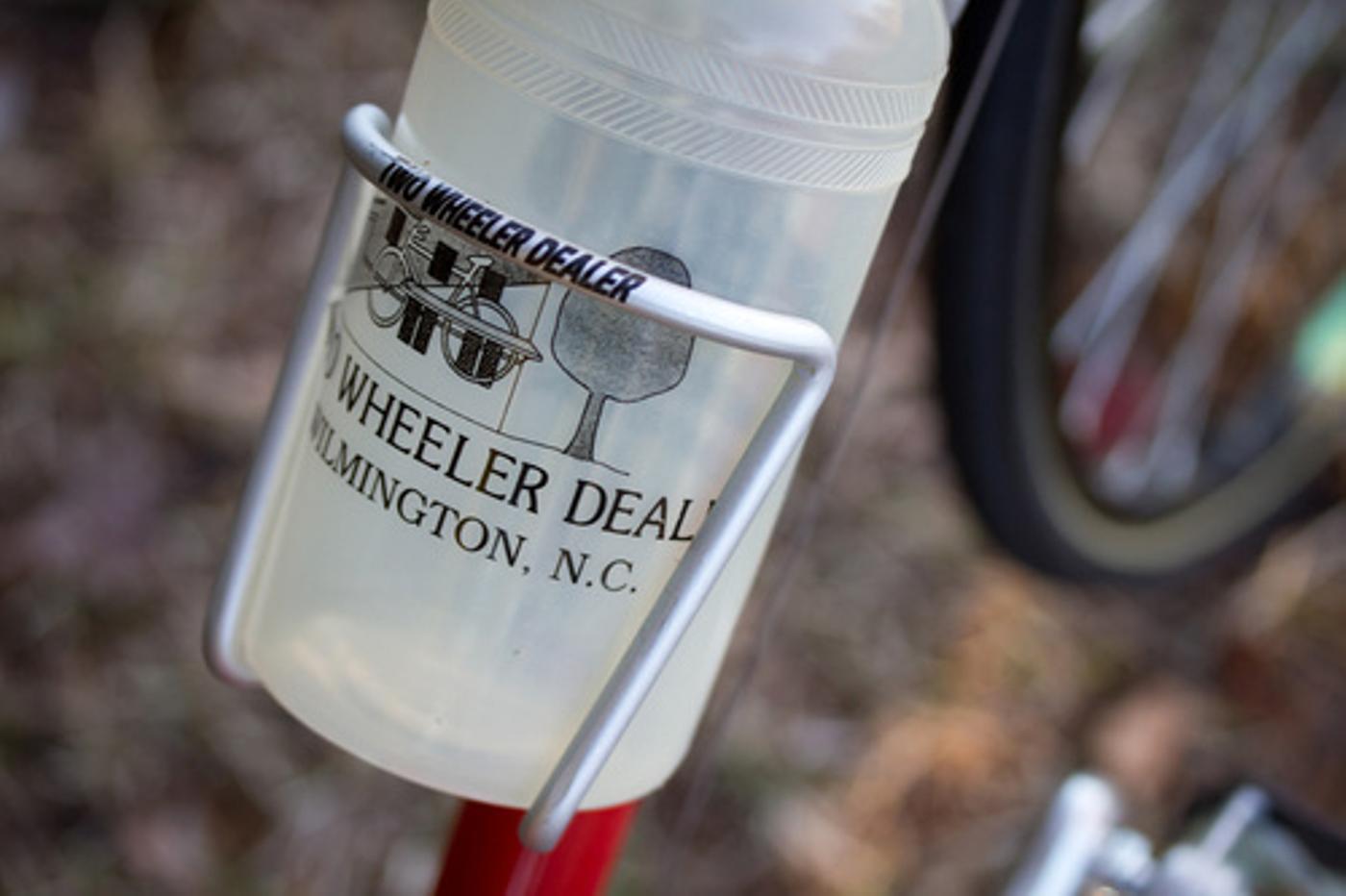 This is the first Two-Wheeler Dealer water bottle and cage. 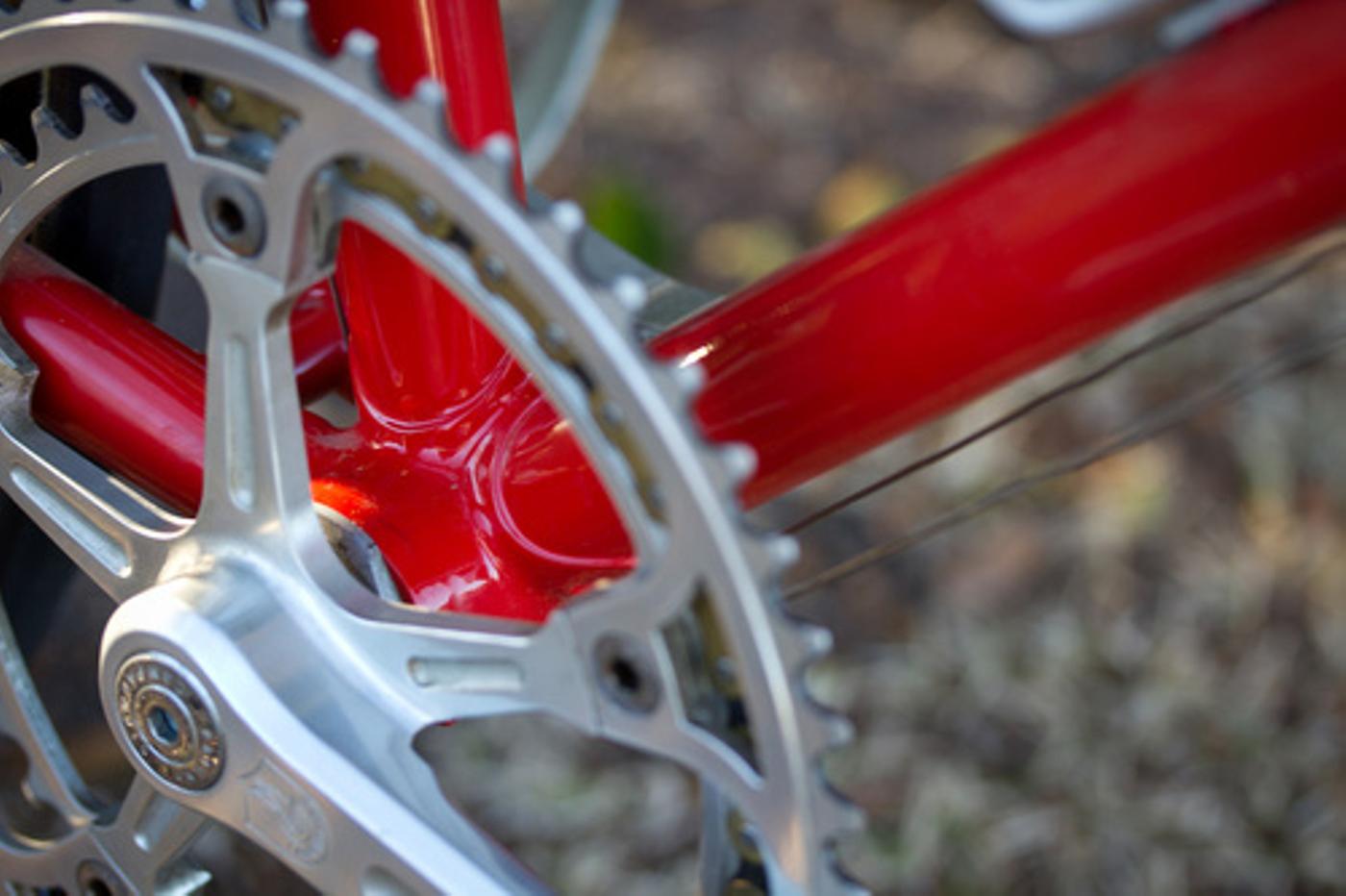 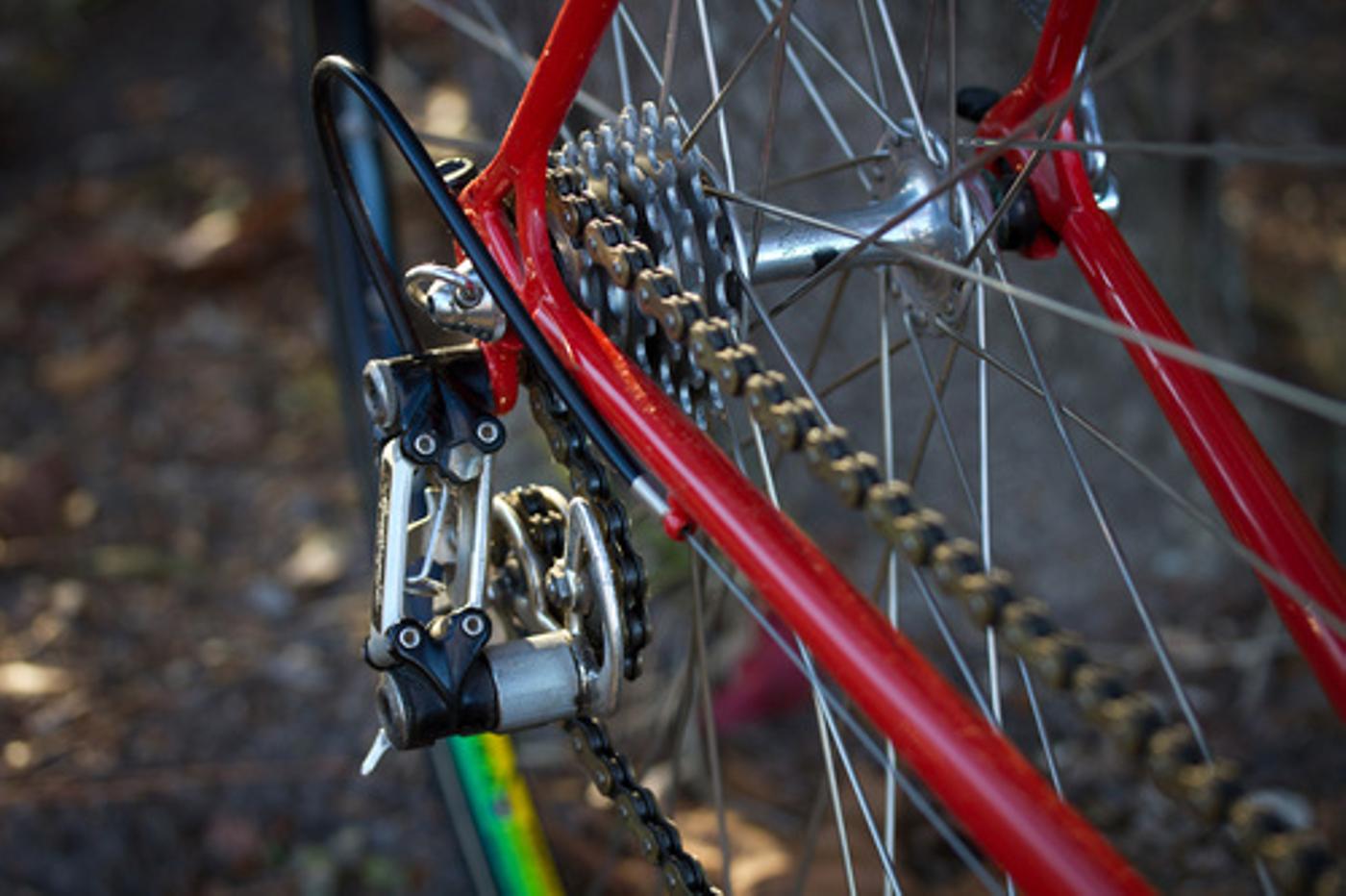 I’ve seen many resorations but this drivetrain is squeaky clean! Minus some scratches on the rear derailleur. 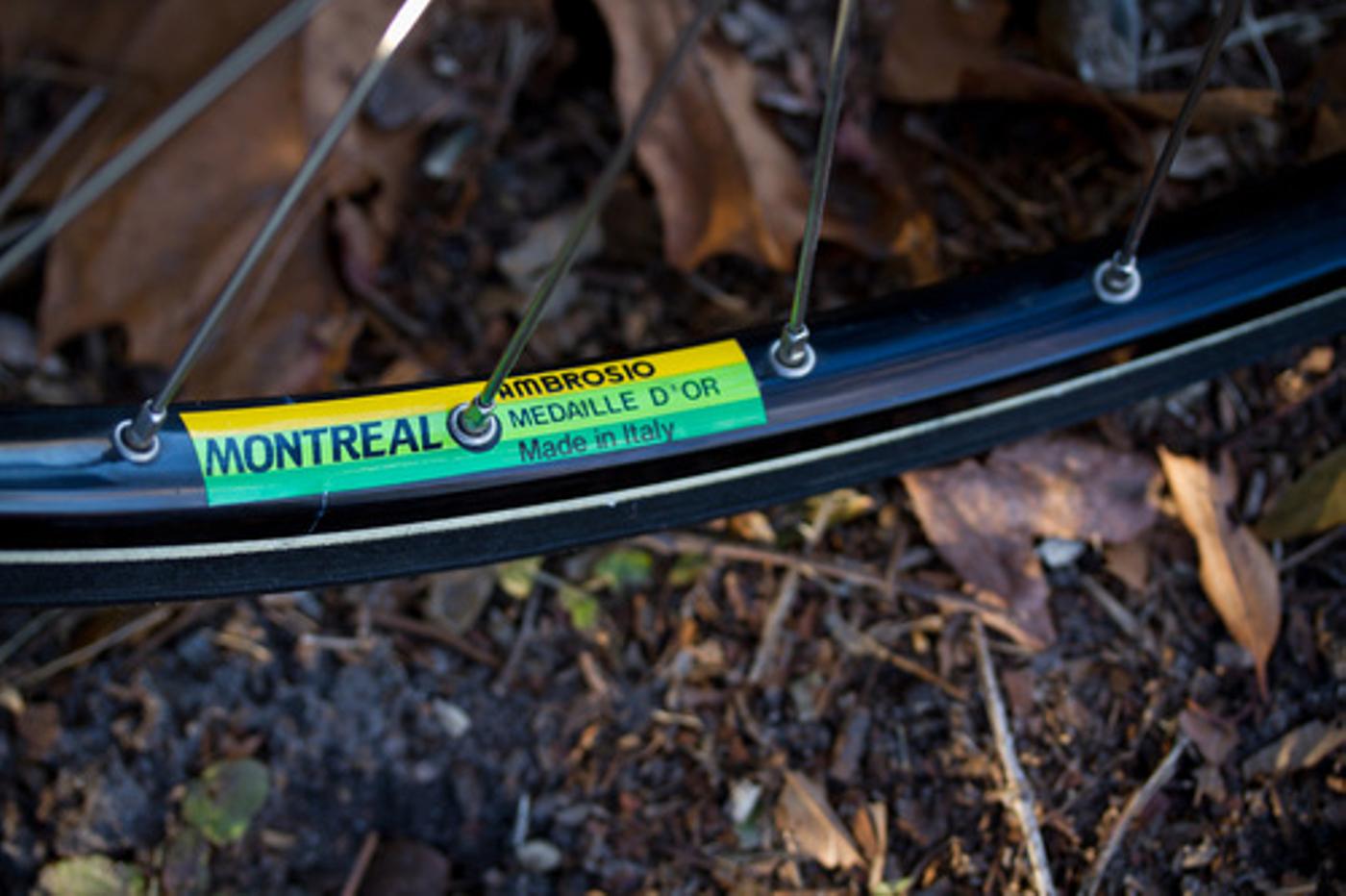 The Ambrosia Montreal rims are devoid of brake wear. 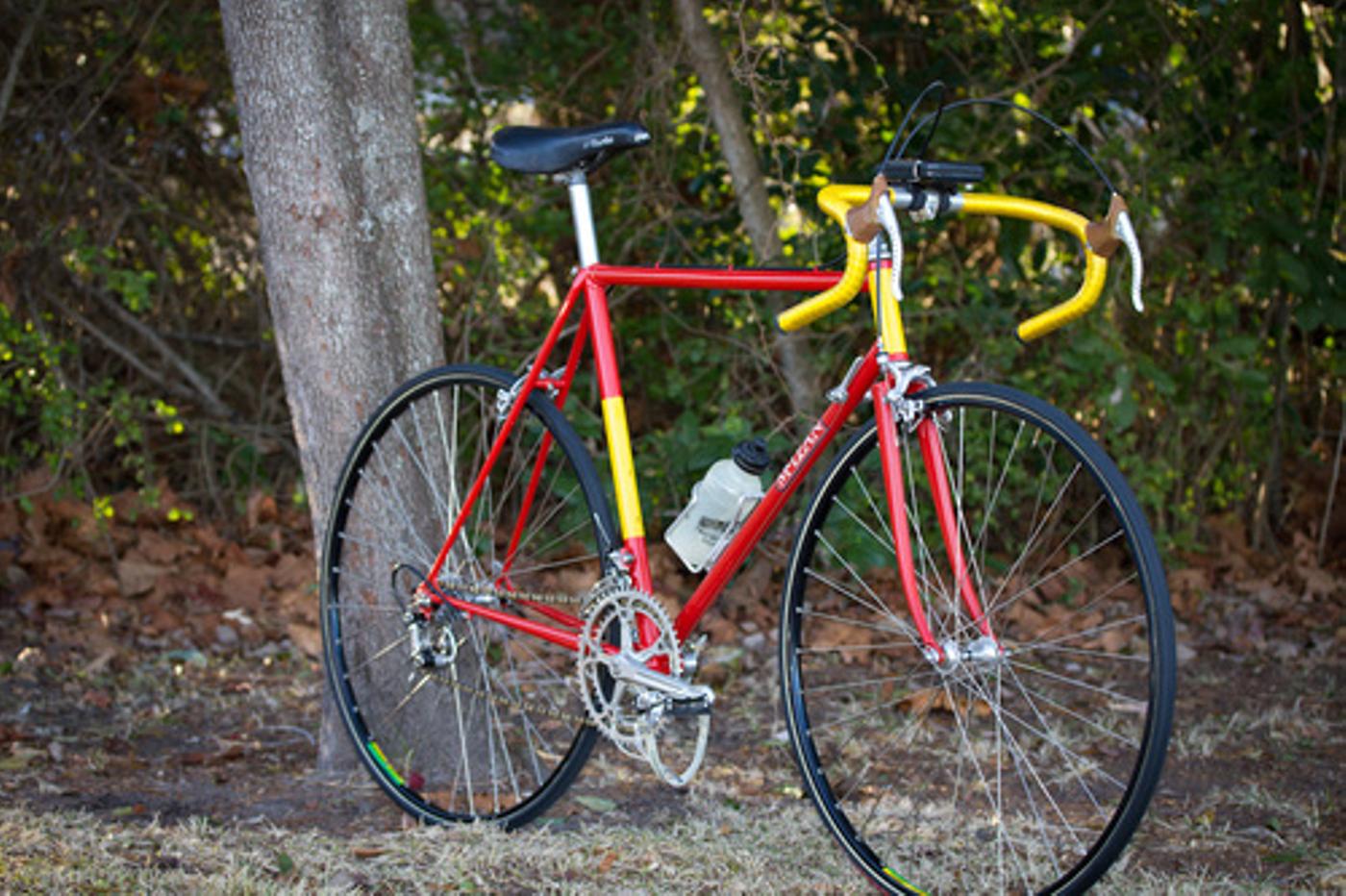 Just one of the many details that gives this bike a presence. 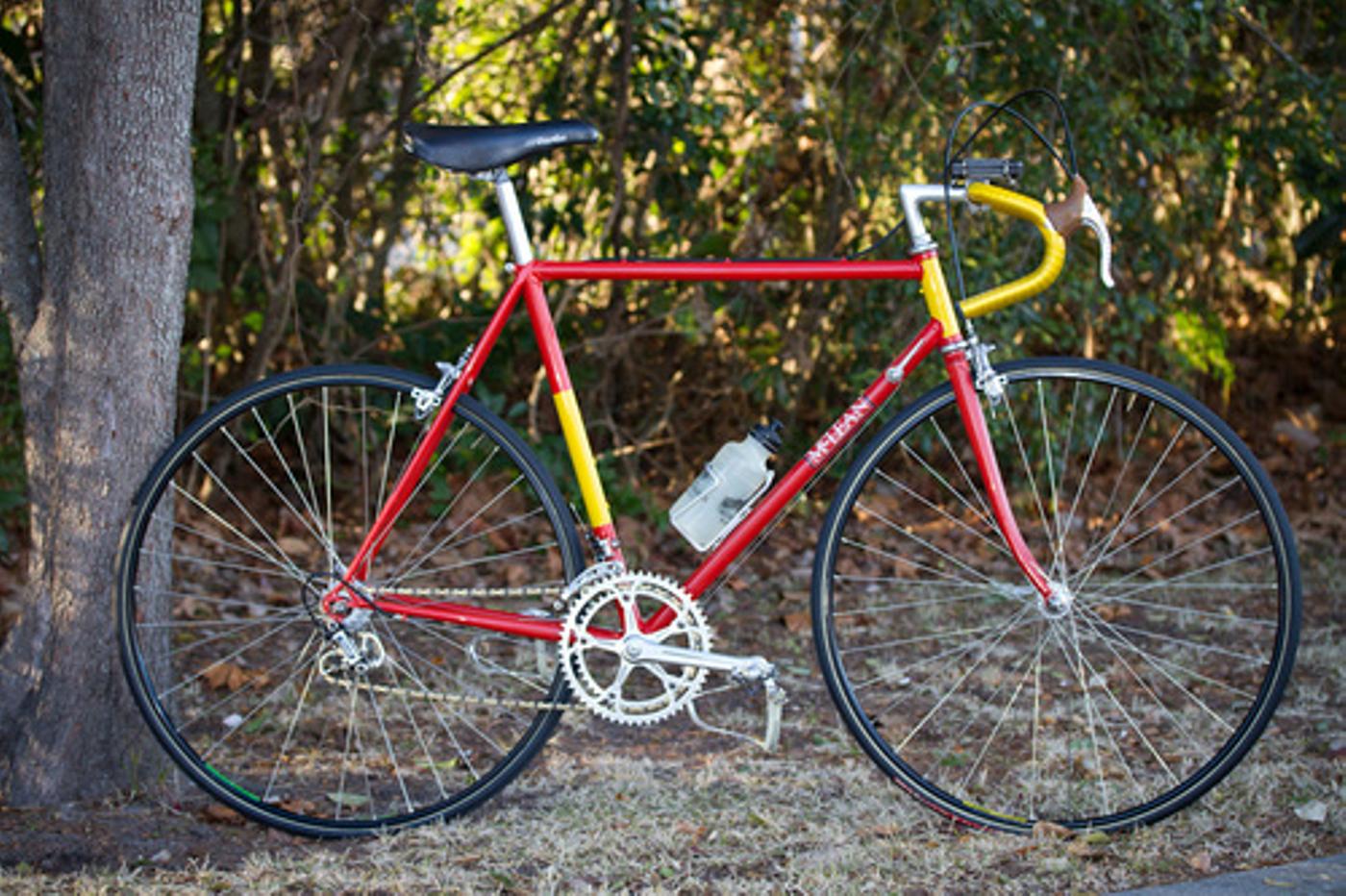 This is hands down one of the most beautiful builds I’ve ever seen in person. 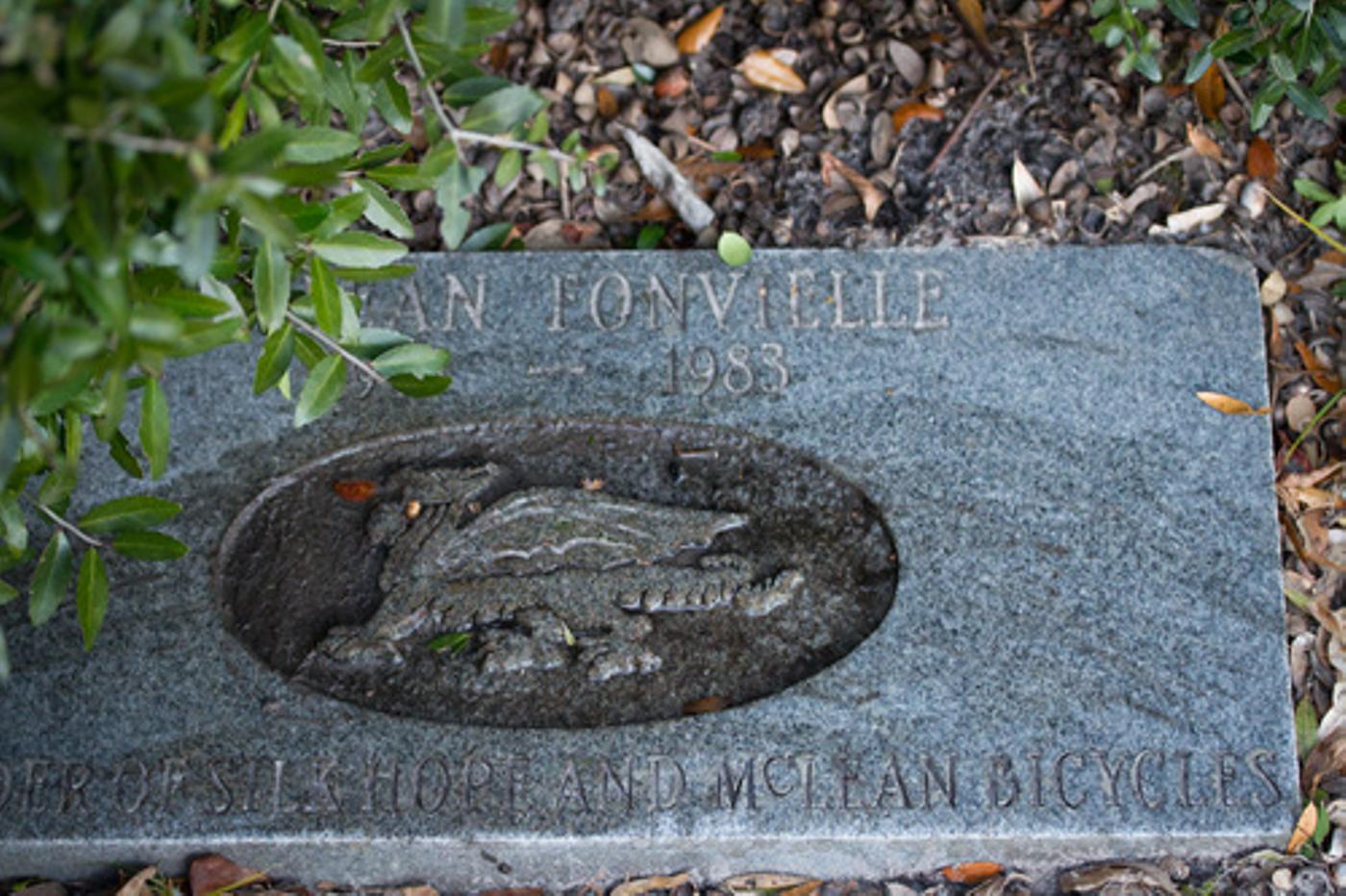 After I shot these photos, I headed to Oakdale Cemetery where I began to look for McLean’s grave marker. This slab of granite was the alignment table in his workshop. His family knew that he’d want to be buried under it. It’s eerie to see something like this and it was one of the best experiences I’ve had in a long time.

If you’re interested in learning more about McLean Bicycles, head over to Classic Rendezvous.

I’ve got some more photos up on my Flickr, so head over and check them out!

Many thanks to Jim and the crew at Two-Wheeler Dealer!