As I mentioned in my Shop Visit to Royal H. Cycles earlier, I took some photos of two pristine bicycles while visiting Bryan. Luckily for me, a neighbor in their loft space has a photography studio that we could use. While Justin Keena didn’t leave his lights in the space, the seamless wall made a great backdrop for shooting this Royal H. Cycles time-trial bike. This bike has curves to spare. While maintaining a completely aero profile. Like something out of Slawta’s paint shop, the coat on this bike is as crazy as its geometry! The Look Ergo Stem, pursuit bars, Modolo levers and 650c wheel are all from an era that predates the UCI’s ban on time-trial bikes with a 650c front. The disk wheel was hand-painted and designed to distort and display the full color spectrum while spinning. 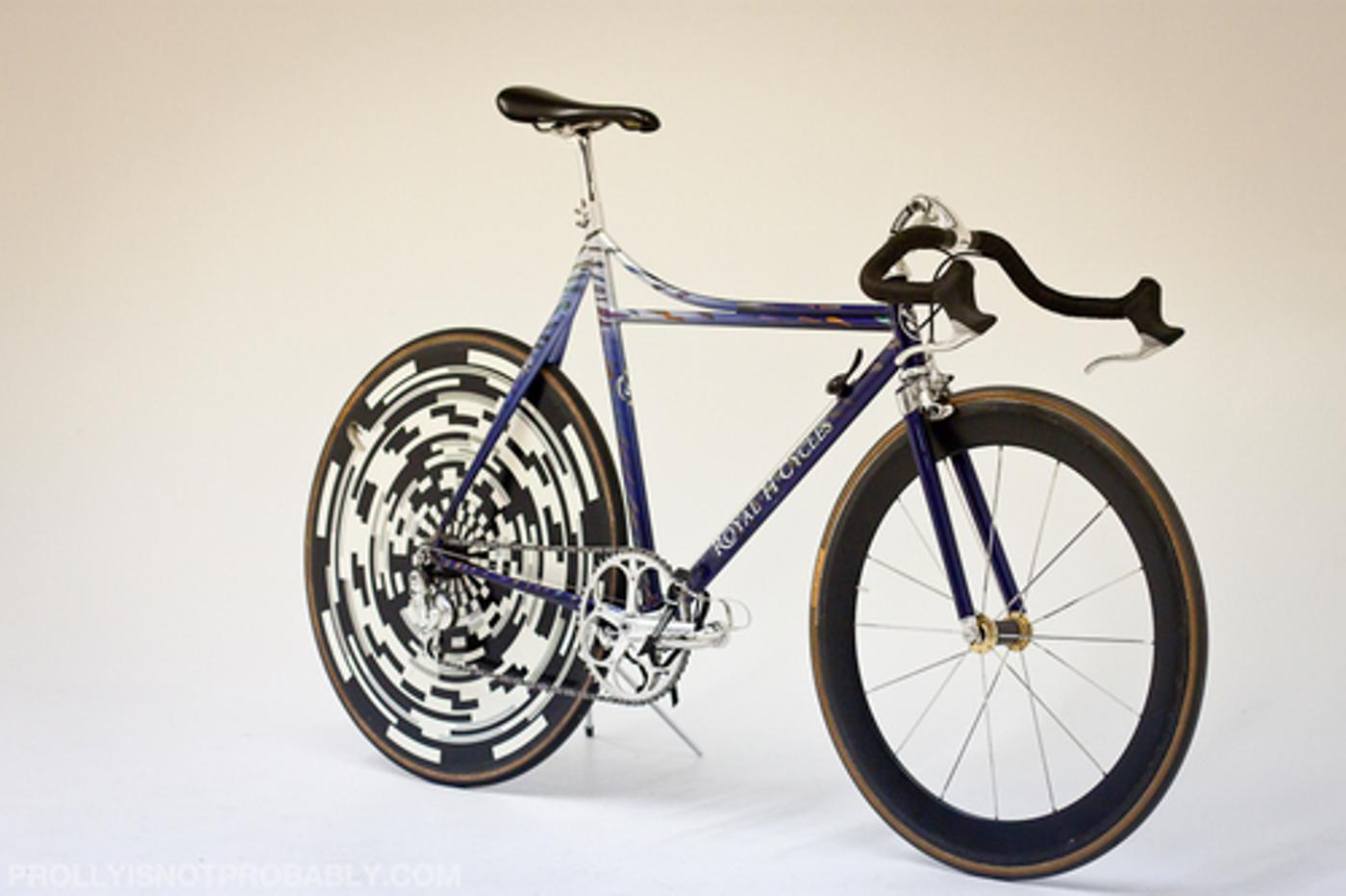 So dialed! A little back-story on the inspiration for the build. When Ian and Bryan worked at Seven Cycles together, they told each other they would both build ridiculous time-trial bikes. Shortly after, Ian had his Leviathan and that prompted Bryan to make this beast. I think they’re both pretty original!

Thanks for opening your studio to me Bryan! Check back later for photos of a candy-coated track bike! As always, there are a ton of photos on my Flickr of this bike. Checkem out!