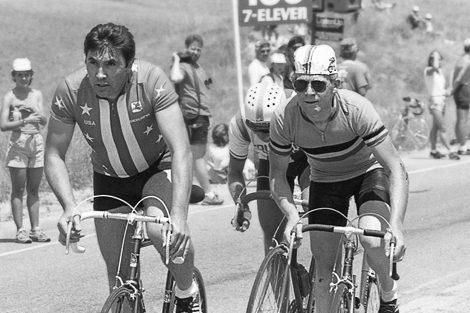 In the mid-eighties, there was one stage race in America that ruled them all: the Coors Classic. John Maynard was there in 1984 and 1985, shooting photos and recently they surfaced on Road Bike Action. Countless racers from all over the world would come out to the Coors Classic. Ron Kiefel was one of those racers. His career would later be made on 7-Eleven and Motorola, two American teams sponsored by Eddy Merckx. The later being one of the first teams to use the legendary MXL tubesets. The entire set is a prime example of the golden age of cycling. Don’t miss this one! Check it out at Road Bike Action.

Tracko beat me to the post on this but what can I say, it’s worth it and I had to wait till Monday to put it up!