Last week’s Merckx Mondays post was one of the highest-trafficking entries of the week. More people emailed me about the Eddy Merckx steam engine image than anything else. Most of them were queries as to the origins of the illustration and I had no idea where it came from. Luckily for me, Aaron of Six Eleven and Hipster Nascar reached out with a nice tidbit of information.

If you’re confused as to why there’s a sexy pin-up girl up there, read on! The illustration came from Oui magazine‘s August 1973 article entitled “Full Steam Eddy”. Aaron, for some reason had a copy of it and was kind enough to scan it and send it over. After a little bit of post-processing, I compiled the pages into a easy-to-read resolution. 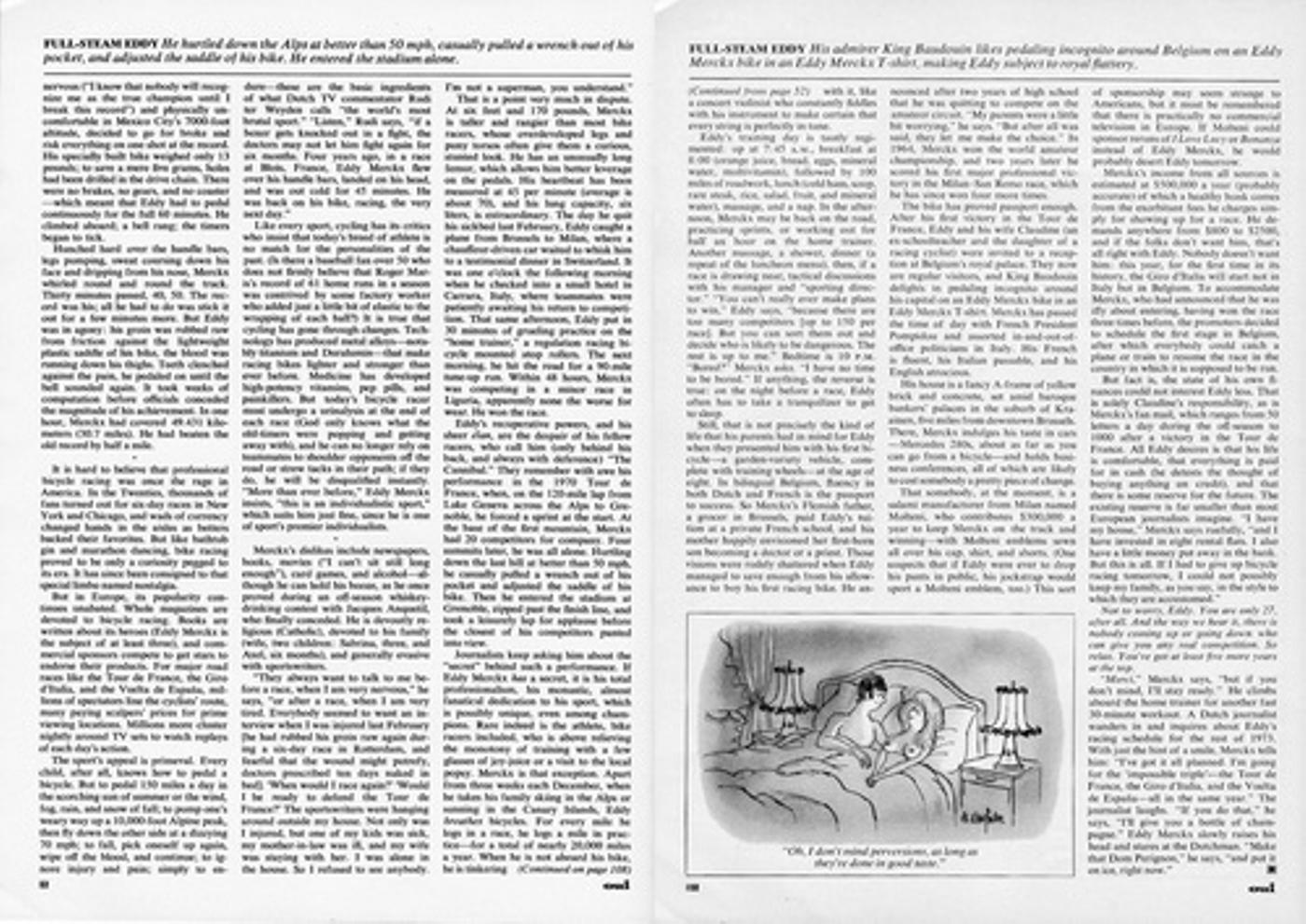 Click on each of the images above for a full-res file. It’s an interesting read and it’s always a pleasure to read about professional cyclists in magazines like Oui!