I caught wind of these a little while ago on Trackosaurus Rex and was dumb-founded as to why I hadn’t heard about them from the Chari & Co crew. Before I could even post about them, Kyle took the post down. Now it’s back up and fair game! Pulling inspiration from team 7-Eleven, these Minority Works sunglasses may not be as fashionable as cycling shades from the 90’s, but they’ll fit right into your current wardrobe. Here’s what the Chari & Co has to say about them:

We went with the color way and theme of the great 7-11 team that rode Merckx bikes and represented everything awesome and exciting about cycle racing. The 7-11 team has an unusual cult following here in the United States but everyone can appreciate the history of the team and of course the legacy of Eddy Merckx. The glasses are made by Minority Works and are available with two lense colors, black and clear.

7-Eleven guys! ;-) When are they going to be available? Anyone know?

Check out some more tidbits below, including some sad news…

Here’s a detail shot of my 7-Eleven’s team decal and number hanger. 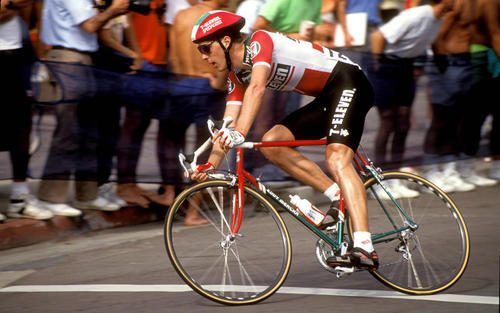 The 7-Eleven team bikes are by far, one of the most recognizable in the Merckx catalog. The green, white and red represent a golden age in American cycling. If you feel the same way and ride the same size bike as me, read below. It’s with a heavy heart that I have to let this beauty go. Frameset only! If you’re interested in pricing and more photos let me know. It’s a custom team 7-Eleven that was built for Norm Alvis. Measurements are 59cm center-to-center seat tube and 59cm center-to-center top tube. It’s in great condition with only minor cosmetic paint damage on the top tube. It’s been frame-savered and comes with a Dura Ace headset.

I’m moving to a smaller apartment and I need money and space!