Back when I first met Joey Krillz of Grime and Smashenger fame, he was commenting on my barspins at the 2007 Bicycle Fetish Day. Fast forward three years and Krillz has teamed up with Lance of Squarebuilt to work on pushing Grime to the next level. With fixed freestyle’s future in a very ambiguous place at the moment, people are bound to experiment, just as BMX did. With many riders switching to 26″ wheels, there was bound to be some sort of DJ / MTB hybrid to come out for the fixed riders.

With a zero bottom bracket drop, clearances for big tires and other details, the Grime Yo Mang! frame has stepped into a new realm. Is it the future of fixed? Who knows, but check out more photos below! At a certain point, the bike’s details focus on clearances. S-bends, mid-bb and other BMX-inspired qualities make the Yo Mang! unlink its 700c counterparts. At the Bicycle Film Festival street party, I talked to Lance a bit about the bike. He said when Mike and Wonka came to him with an idea, he realized he had already done a bike like this years ago. At the time, he wanted a big bike, or an urban MTB to ride. A few changes were made and Lance knew exactly how to assemble a 26″ fixed. 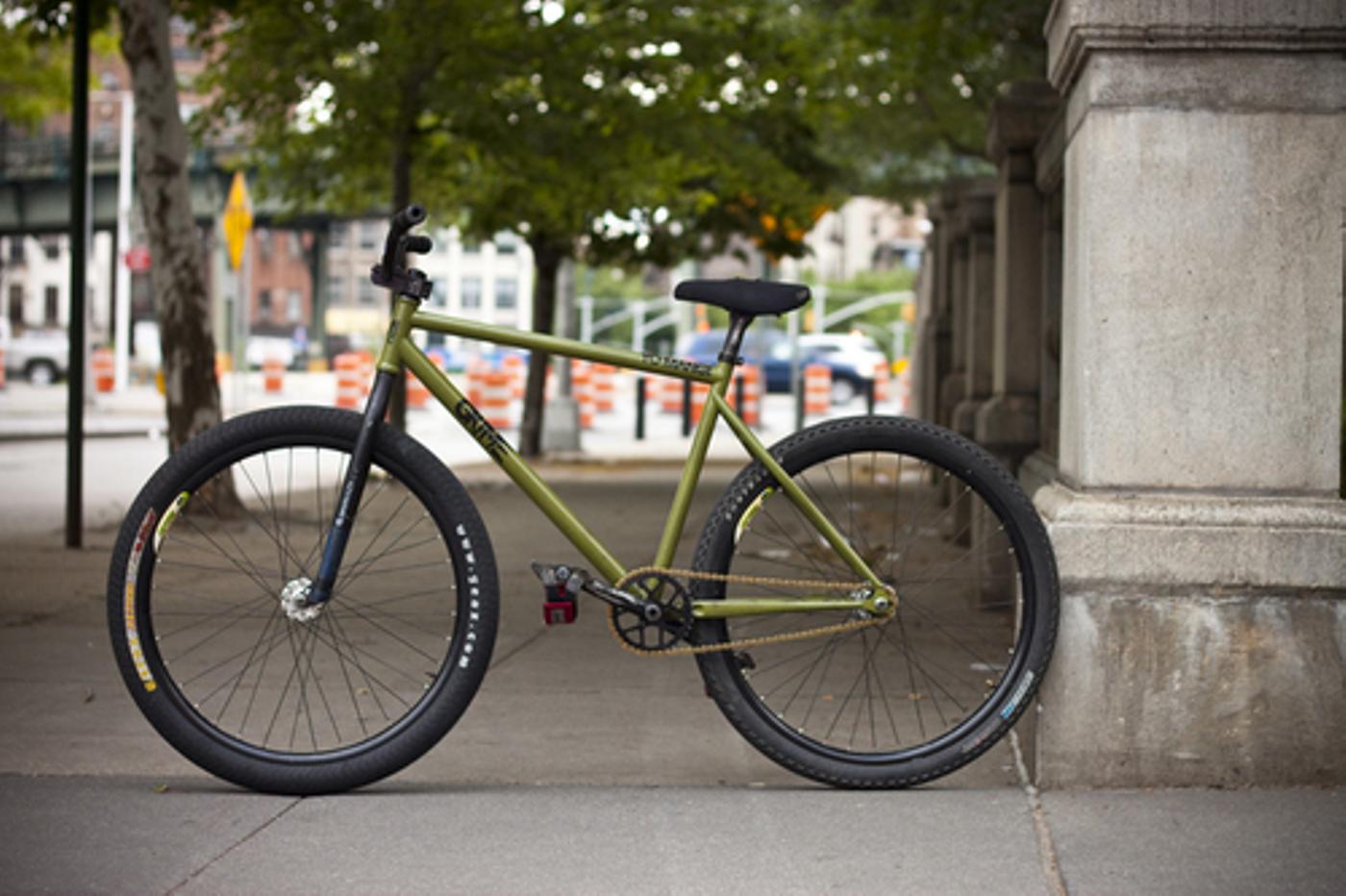 With the first protos being tested, who knows how much the Yo Mang! will change. One thing’s for sure though: Lance better get ready for a ton of pre-orders!

Hit them up if you wanna get on one!