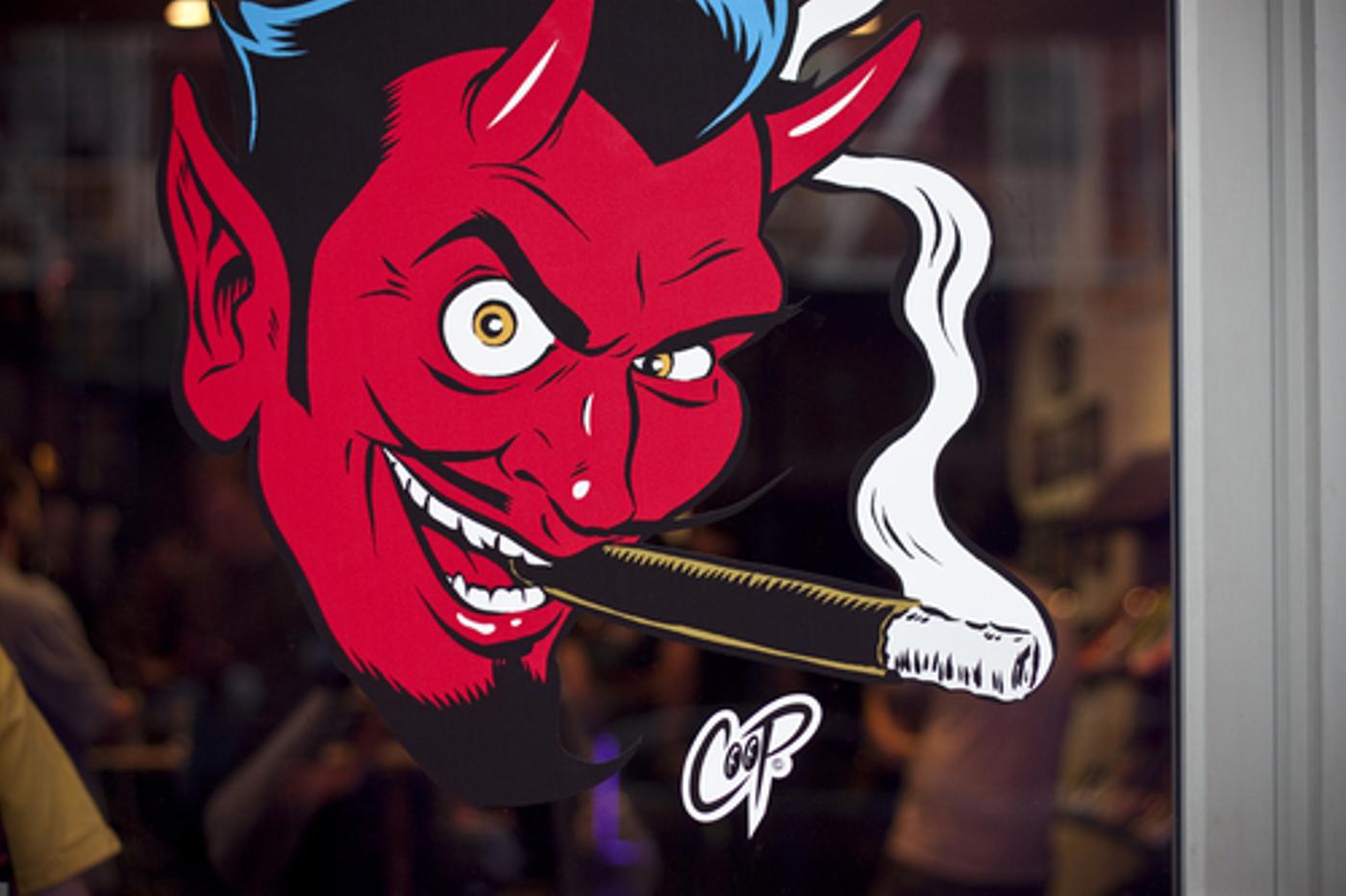 Last night, after a very long and exhausting day, I headed over to the Your Pretty Face is Going to Hell show at Mishka’s 350 Broadway. The man himself, Coop was there along with Lamour Supreme and other heads.

Check out some more photos below! 6 out of the 12 NagNagNag x Мишка Boryoku Genjin Raw Power Version toys were sold via a raffle. Which was mind-numbingly rad! If a $300 piece of vinyl was a little too rich for your blood, Mishka printed up some shirts with the dissectional artwork on the front. Everyone was getting a bit restless, so Greg… … and Coop picked the winners from a bowl. Lamour Supreme even gave Coop one of his new Mongolions from the Super 7 lucky bags. Later, I was voted as the most fit person to ride across Williamsburg and pick up a case of sliders from White Castle. Coop and his friend were in dire need of some junk food after an exhausting flight from LA. An hour later and the 30 sliders were gone. Coop’s Mongolion had a new home!

There’s a ton more photos over at my Flickr, so head over and checkem out!