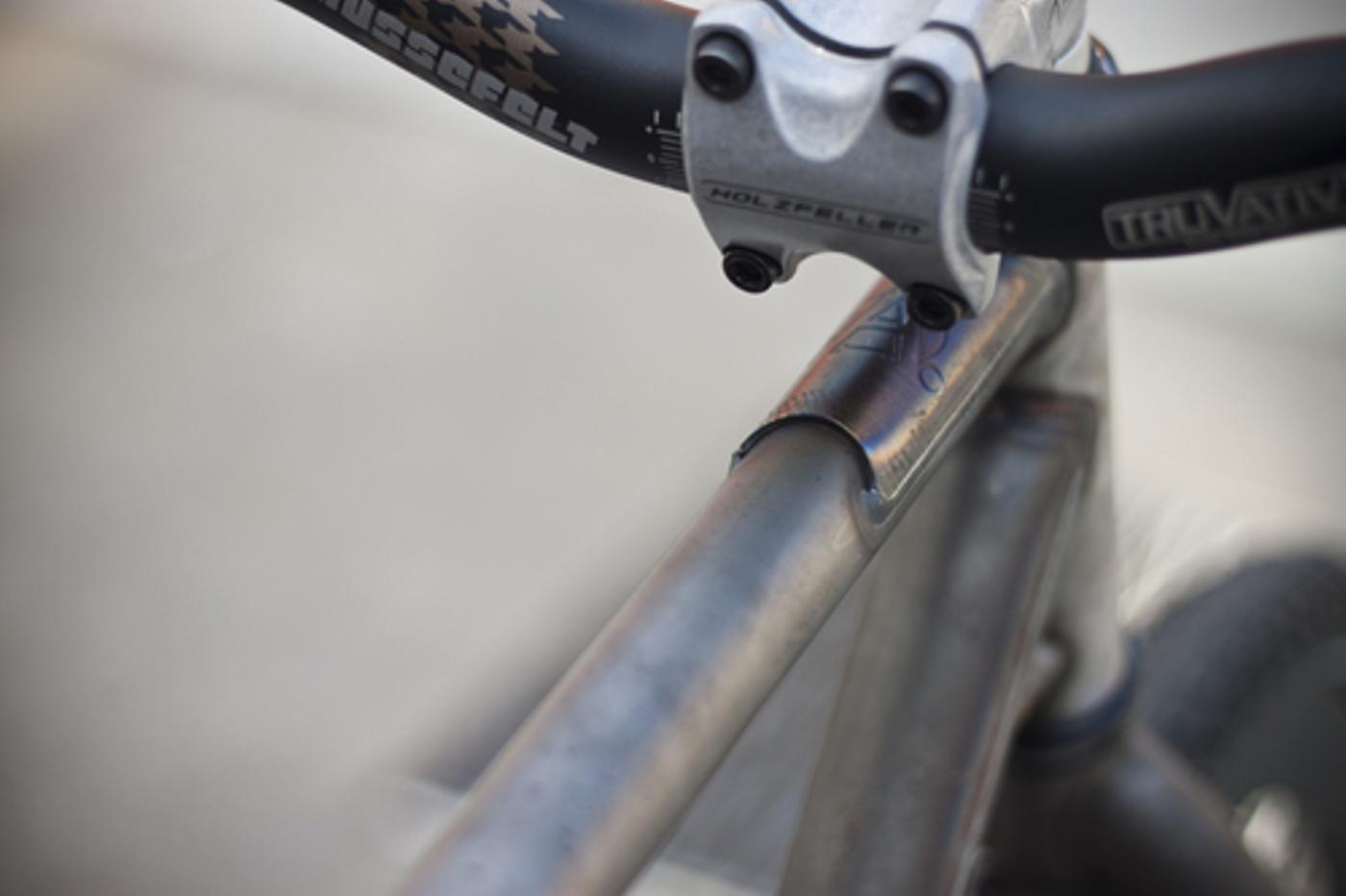 When Jason at Affinity first told me about his fixed freestyle bike, I thought it sounded pretty rad. Then he got in a prototype and I thought it looked cool but that it needed to be a little bit beefier. Initial field tests proved that, yes indeed it did. So Jason went back to the drawing board and re-worked the bike, adding some larger tubes, a new gusset detail and yes, bigger tire clearance; the Cyclone was ready! Last Saturday they got the bike in from the factory and yesterday I took some exclusive photos of it.

You know the drill, check the rest out below! 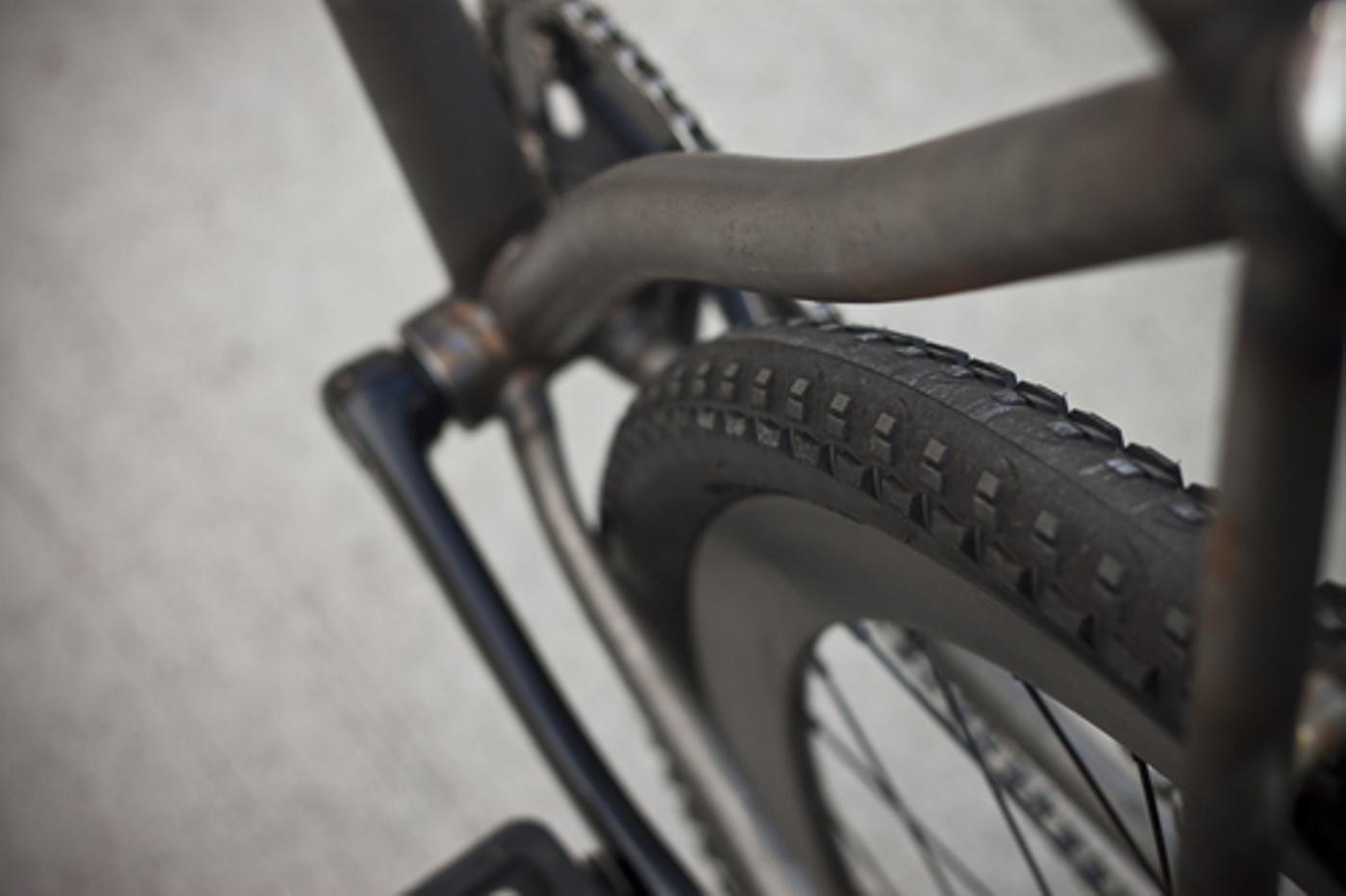 One of the nicer details on this frame is the aero seat tube. Like the KHS Aero Track, Jack Taylors and Schwinn Paramount P-14s before it, the bend allows you to slam the wheel a couple centimeters more. Not enough to where the wheelbase is too tight though. 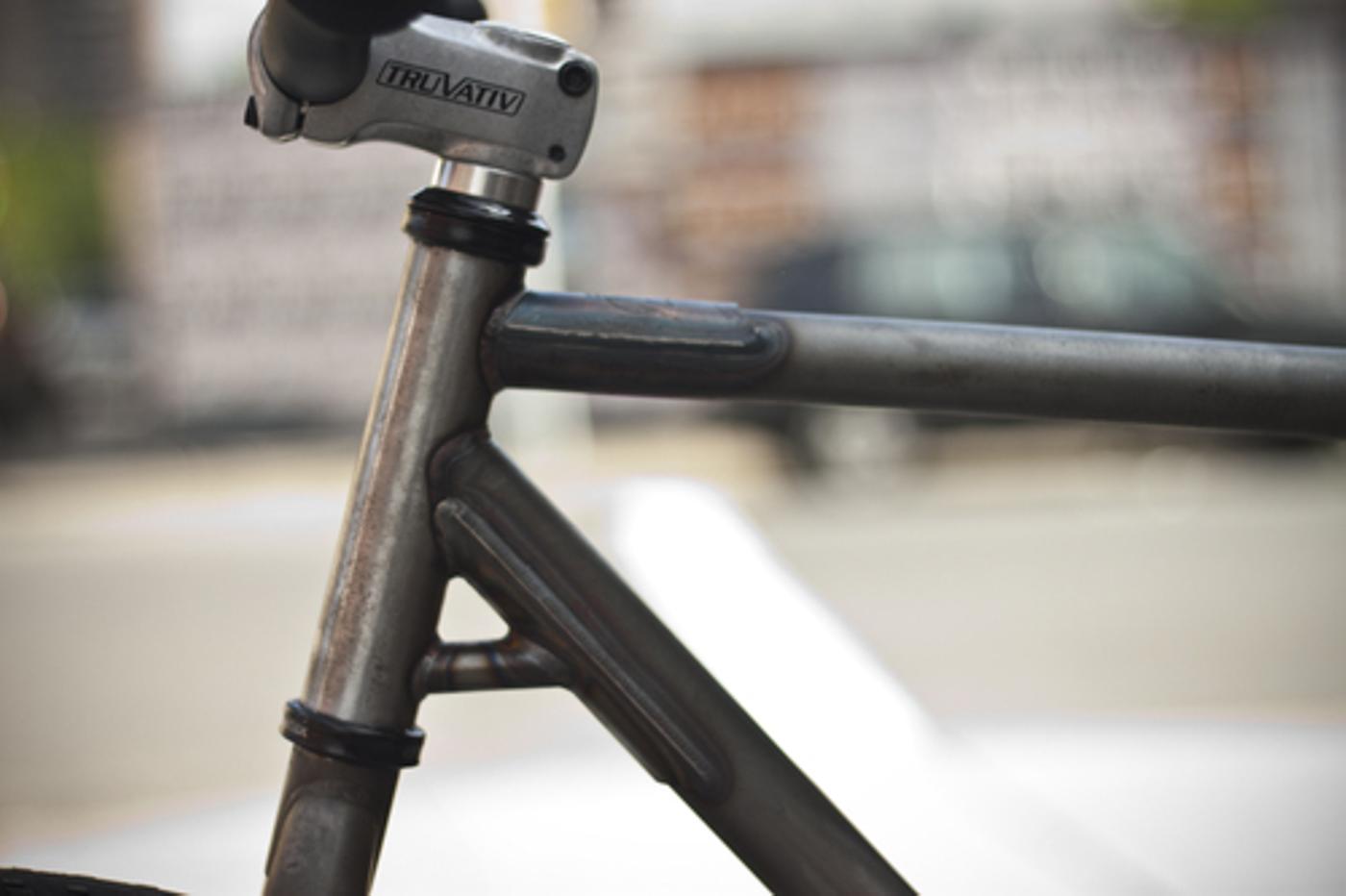 My biggest complaint with the first prototype was the gusset. I knew it would just punch through the tubes. Jason saw this as well and decided to reinforce it, keeping the signature “A”. …. and adding a laser-etched “A” to the top tube gusset. 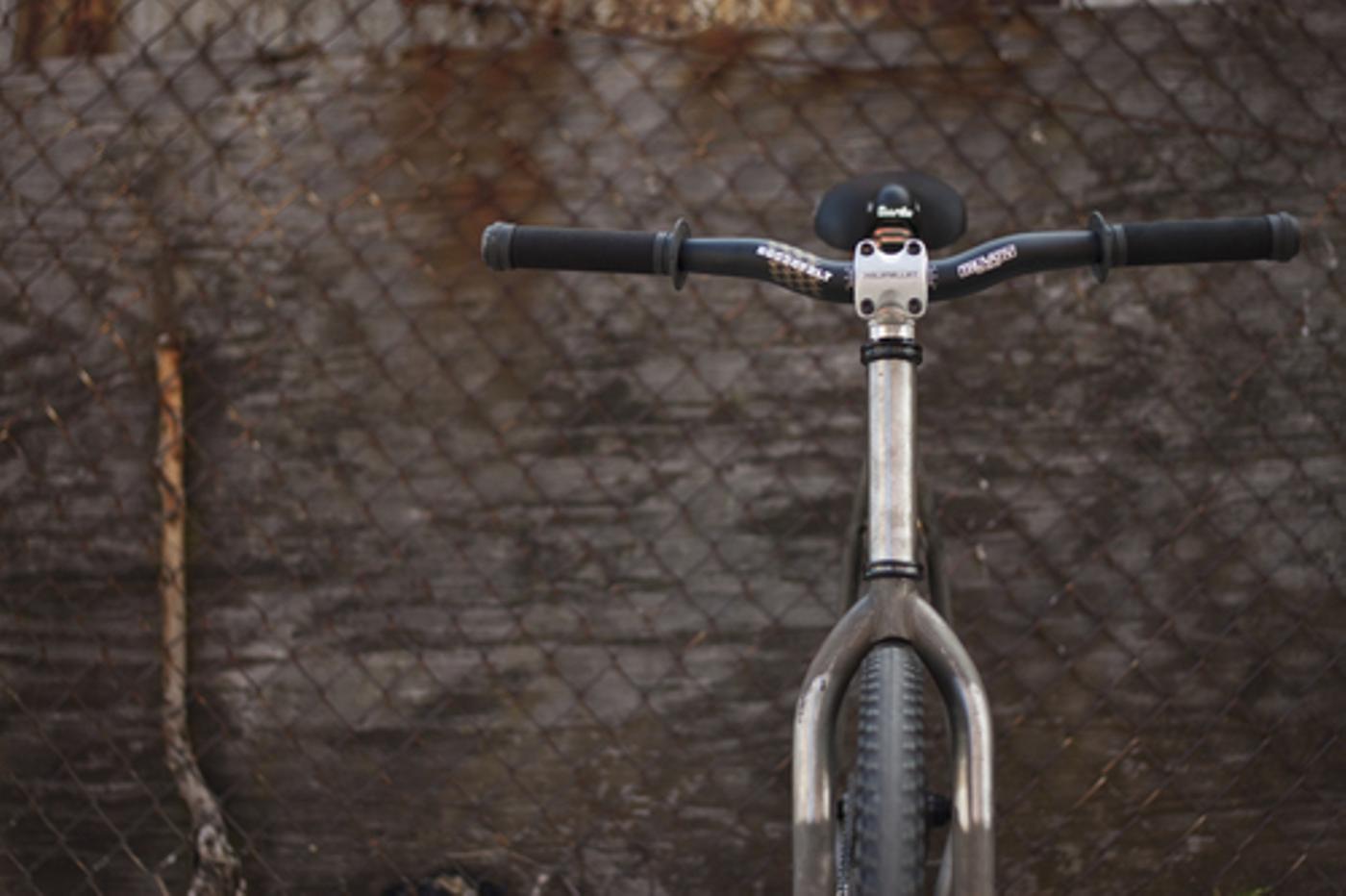 A 410 ATC fork fits fatties and the 1 1/8″ headset keeps the bars spinning. I like how a few companies are keeping it 1 1/8″ cups and not integrated. I always pit out integrated headsets. 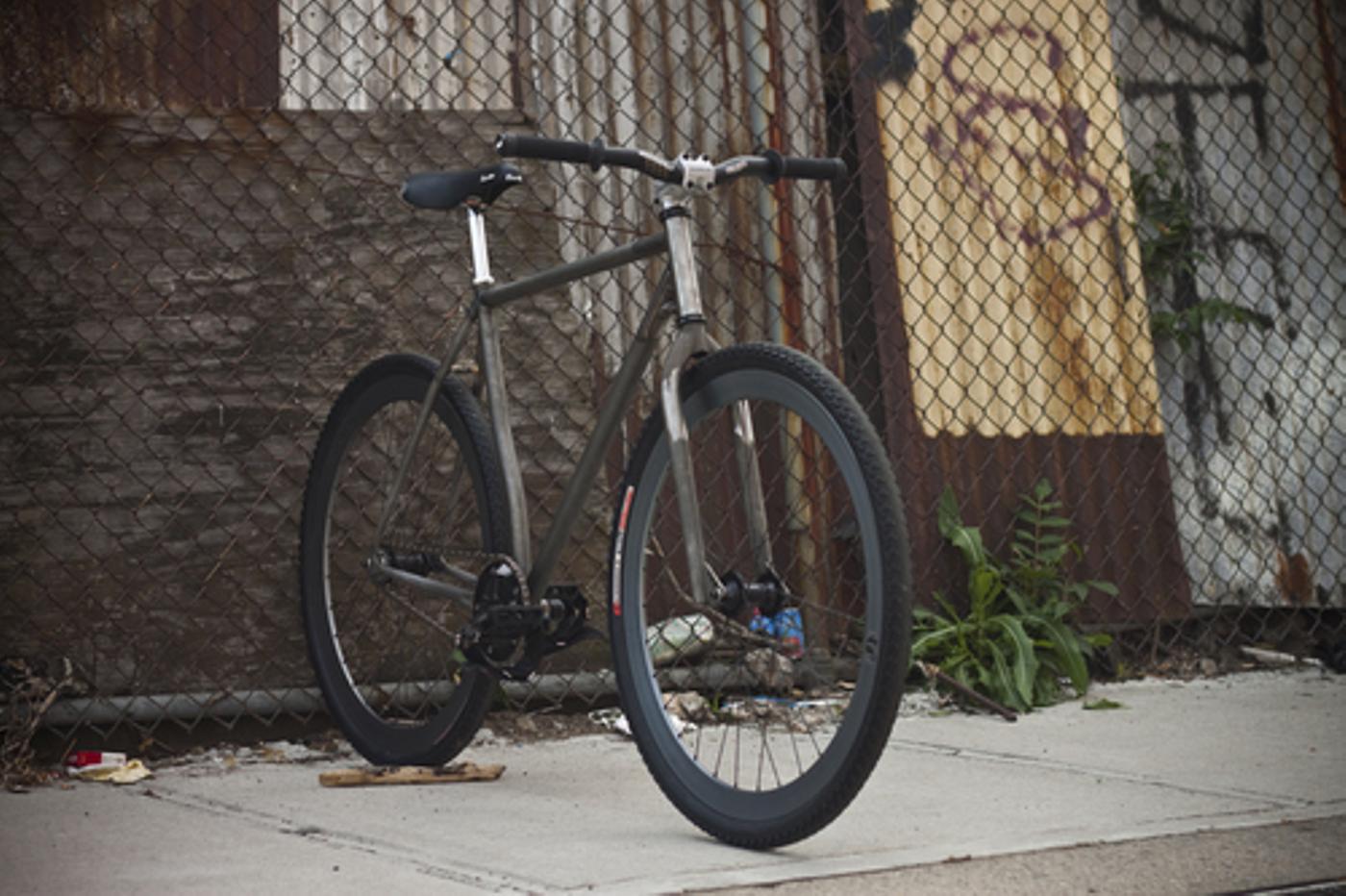 With a 74° HTA and a 75° STA, the Cyclone is a bastard lovechild of a BMX and a track bike’s one night stand. With a lot of barspin clearance without making the top tube too long; this is a medium frame. I told Jason to put some MTX33‘s on those wheels and get those 50c tires to fatten out. That with some Profile cranks and a nice set of wide-ass Protapers to make it one mean urban bike! The rest of the frames will be here by the end of the month, so swing through your local dealer and ask about availability. Don’t worry Fuzzy, they’re coming to you too man!