Bicycle Fetish Day is one of my favorite yearly events in Brooklyn. It brings in a huge crowd filled with all kinds of cyclists. Year after year, the event gets bigger and better. On top of the usual vendors, DJs and bands, Post Bikes brought out a box and some kickers. Everyone was enjoying themselves at the base of the block party while the rest of the crowd was hanging out. Here’s Wormz hitting a gnarly wallride off a fold-up quarter. This pup was the center of attention. As was this stem. After seeing it in person and talking to Thomas at Horse Cycles, he told me they’ll be changing it to a traditional quill stem but it’ll have some extra flare to it. I can’t wait to see the next version. He brought three frames with him and I couldn’t get over the seat tube cluster on this track bike. So elegantly formed! All of the Puerto Rican bike clubs were out, showing off their club jackets and polished Schwinn cruisers. Jason from Affinity was showing off the production Cyclone with a new and improved gusset. Jenn’s all about some crazy-ass bike shorts. 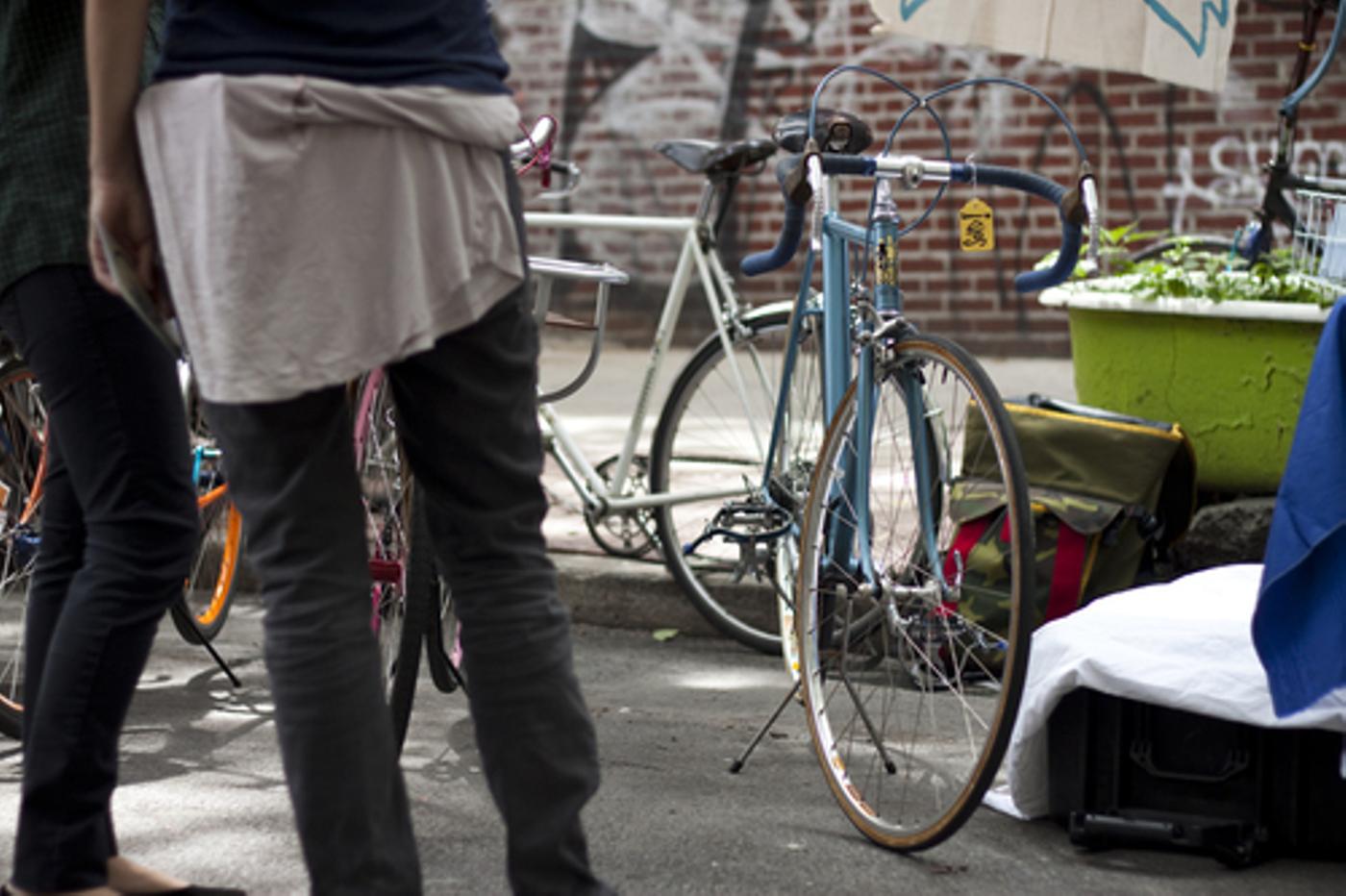 Johnny Coast’s half-lugged road bike was on display, even though it had a new owner. After a quick trip home, I headed into the city to see Ellen Stagg‘s (NSFW) show at Fuse Gallery entitled Melting Flesh. The next image is NSFW, unless you work in “art”. Congrats to Ellen for a successful opening. The show’s still up at Fuse, so if you’re around 2nd avenue and 4th st, head by and check it out!

I’ve got more photos from the Bicycle Fetish Day right here on my Flickr.