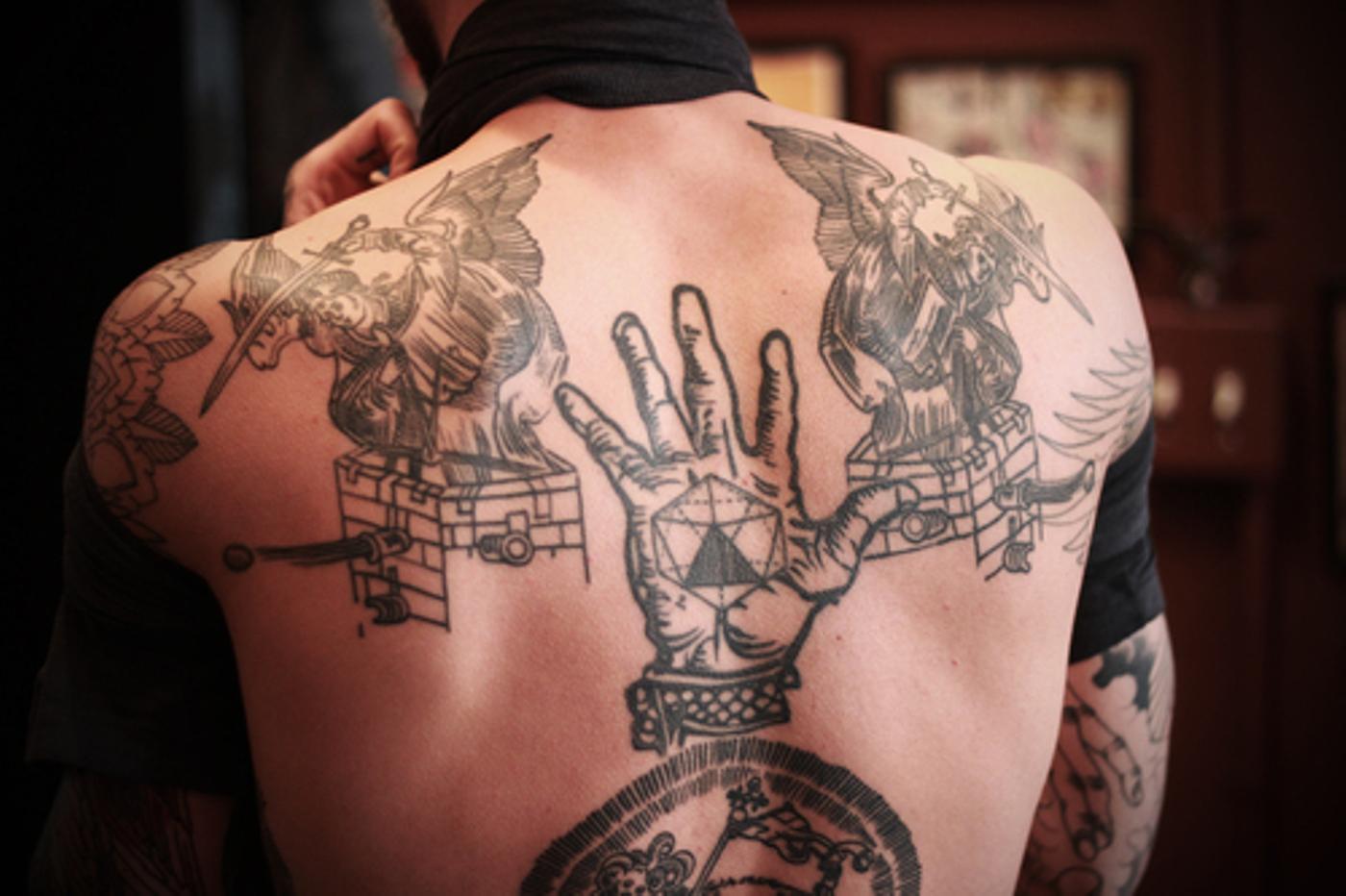 Today was a bit of a whirlwind. Had to run into the city early and then come back to Brooklyn to handle some errands. I ended up spending a good amount of time catching up on things and these are the photos I took along the way. Wanna know who’s back pieces those are? Chinatown’s always a mess when I ride thought it. Remember that photo I posted a few weeks ago from roughly the same spot? Well, a tenement building caught fire the night before the other photo was taken. The firefighters were surveying the building and when I took this shot, the building’s party walls had collapsed into the street, shutting down the block.

Rolling down Bedford Avenue I came upon this scene. From where I was, it looked like the girl had the green light and the mom gestured for her kid to walk out in front of her. When I left, they were exchanging information. Pedestrians are always walking into the street without looking on Bedford and I wouldn’t be surprised if this was some kind of scam. Or, it could have been an honest mistake. That being said, call the cops, don’t settle things like this with an exchange of information. Both parties will be better protected. 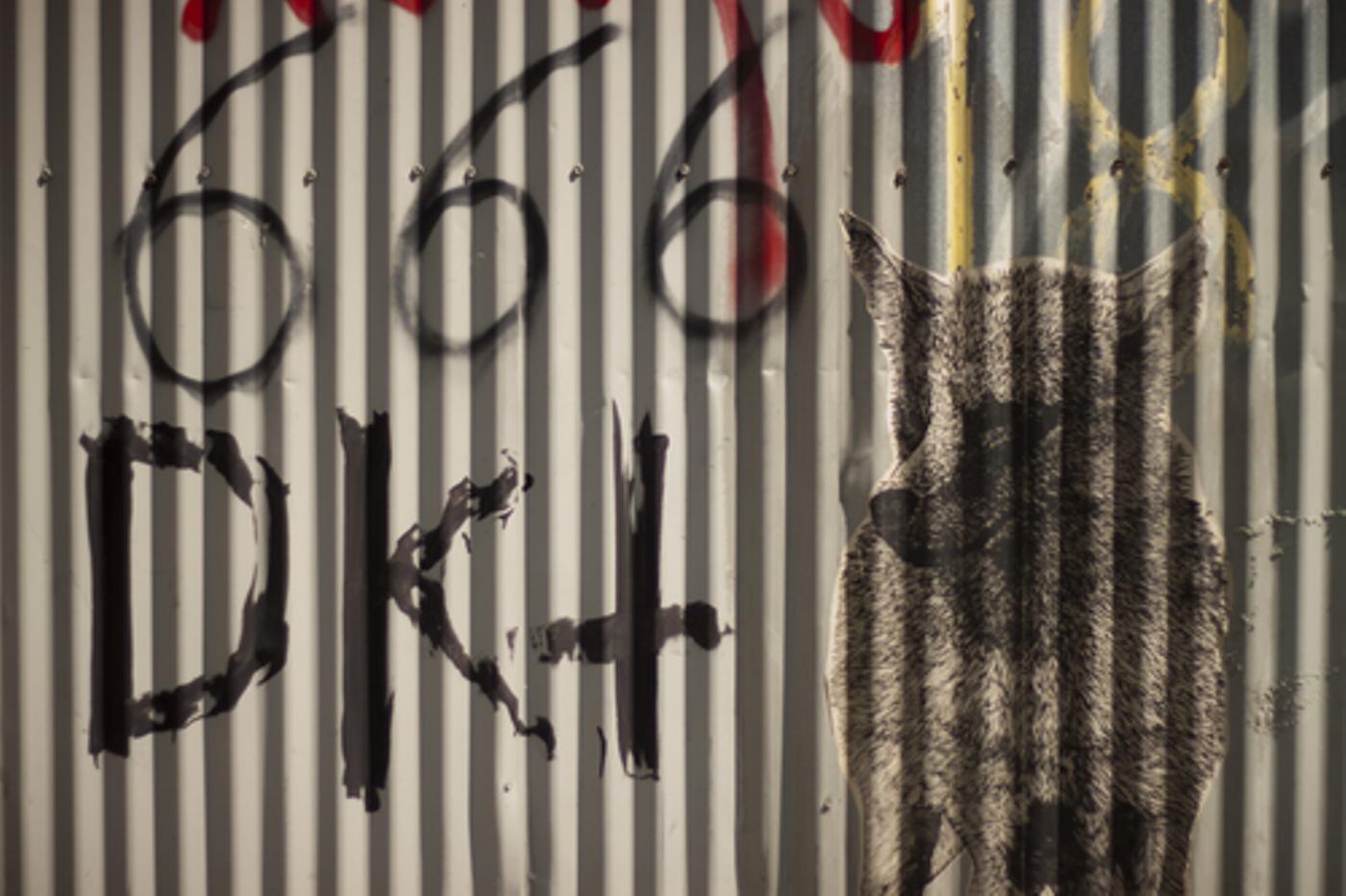 I would have stayed and caught the rest of that situation but I had a meeting. While we were waiting for someone, I snapped a shot of this wheat paste fox. It’s been there forever but I’m always en route and have never stopped to take a photo. 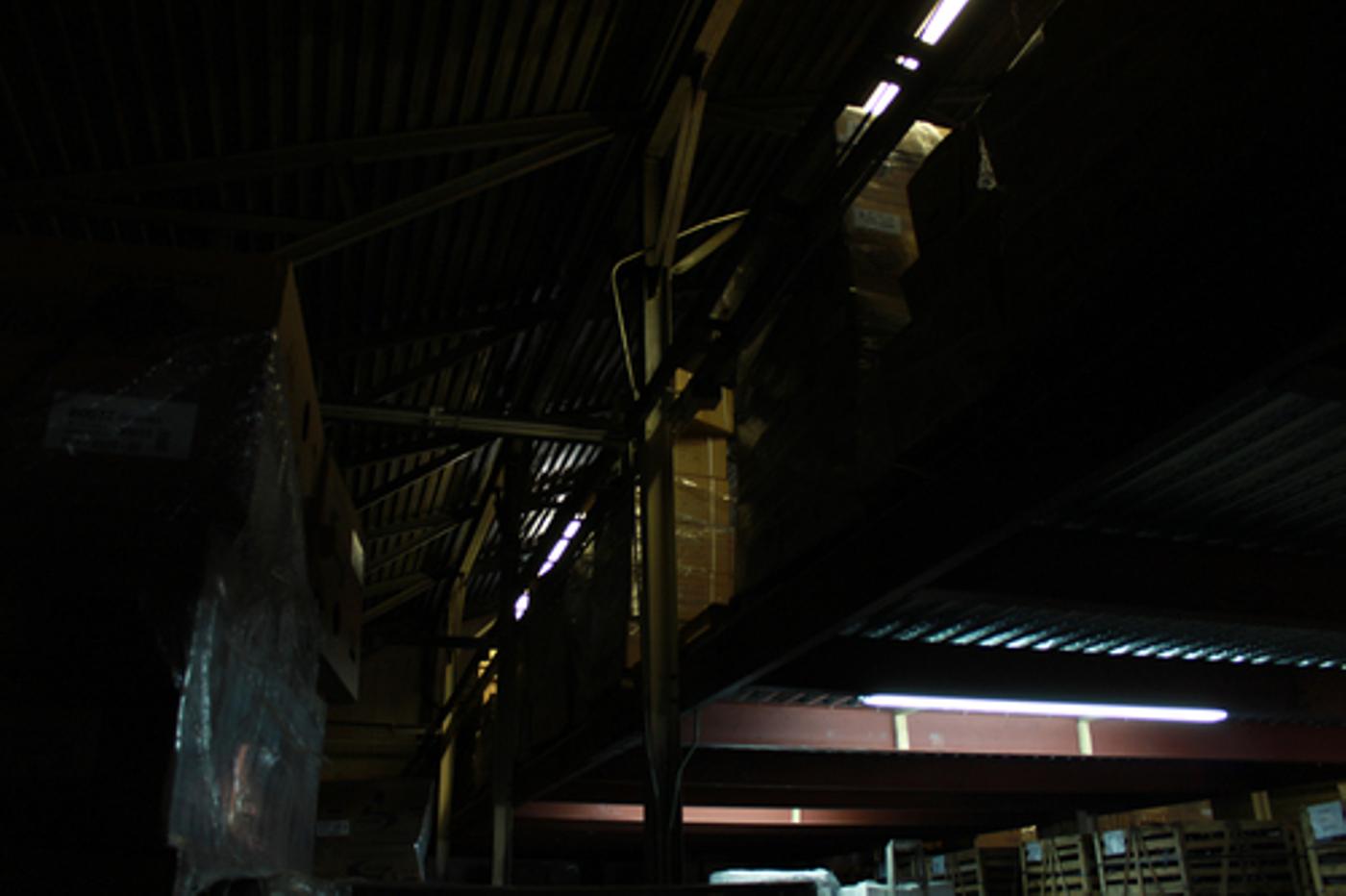 What was the meeting about? All I can say is that Brooklyn’s about to get something big. Unprecedented. At least for the bike scene. You’ll have to wait a little while though… 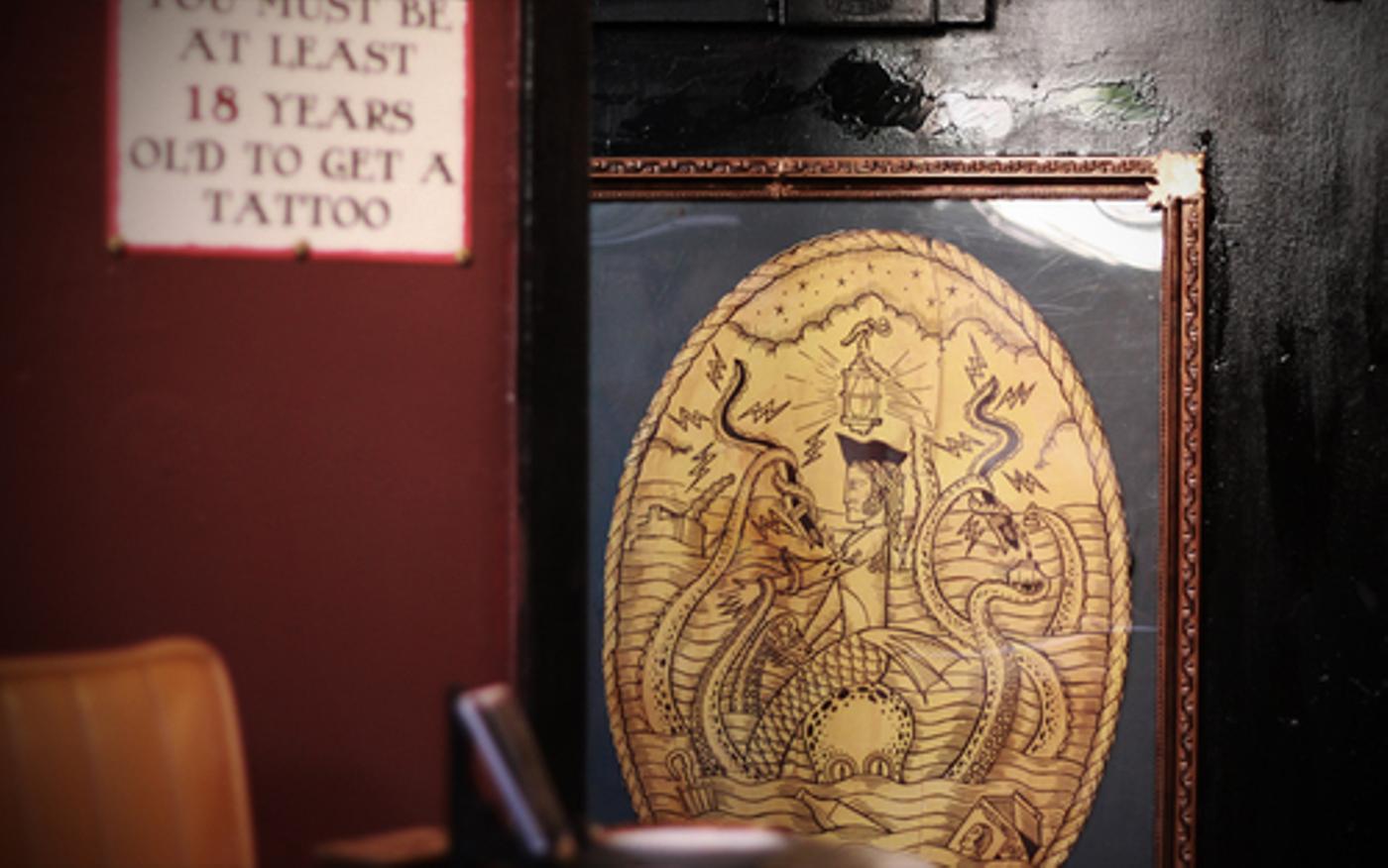 From there I swung by East River Tattoo to talk to Duke about touching up my Leviathan tattoo and to potentially work on another piece. 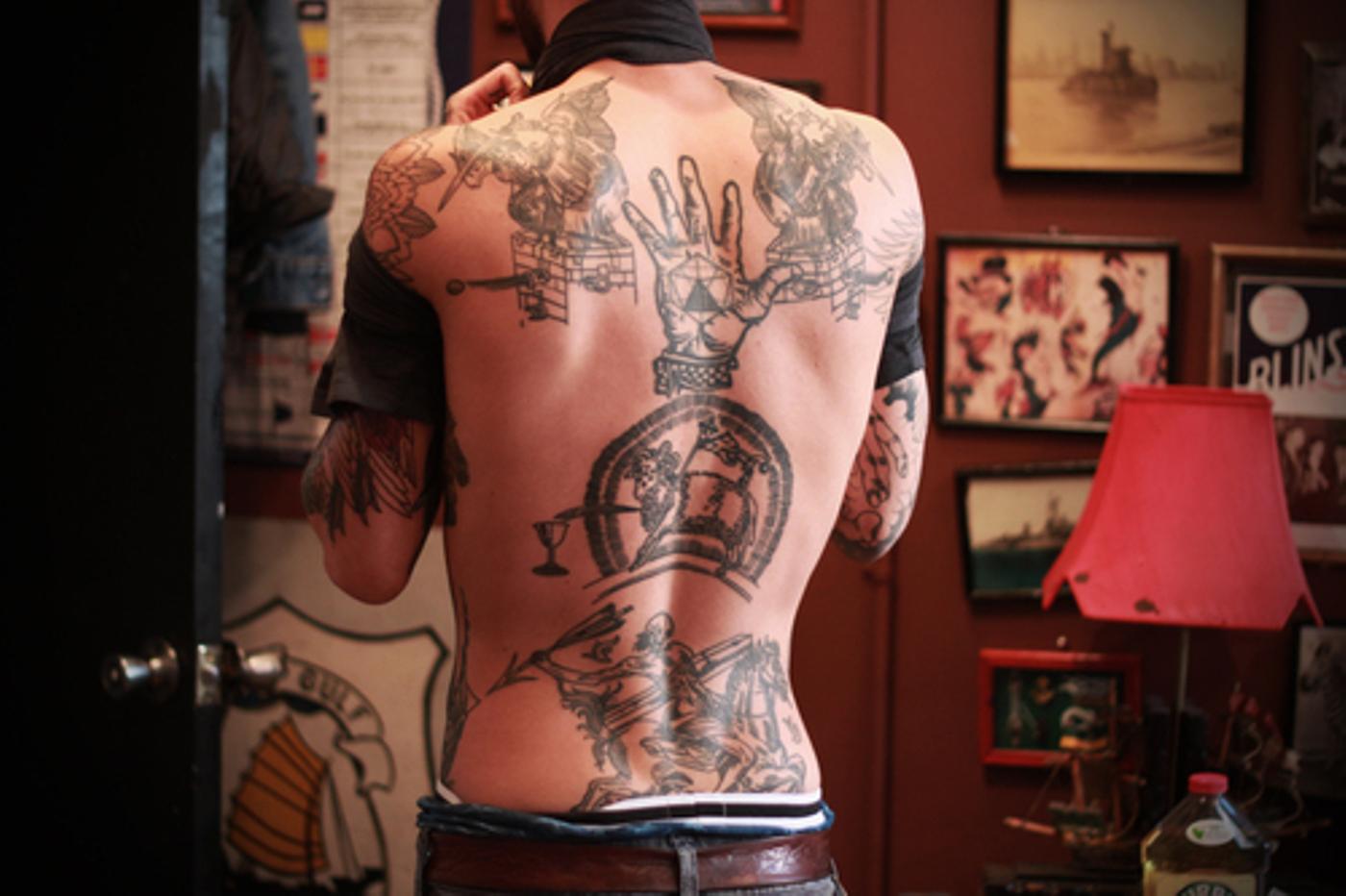 After I walked in the door, I recognized someone on the couch. It was Liam Sparkes. Sorry, all I have a shot of his back. He was stoked on his new piece and had to show me. If you want to see his face, lemme direct you back to Juliet’s recent Hell Yeah! shirts. Liam’s a rad dude and his work is right up my alley. You can see more here at his Flickr. 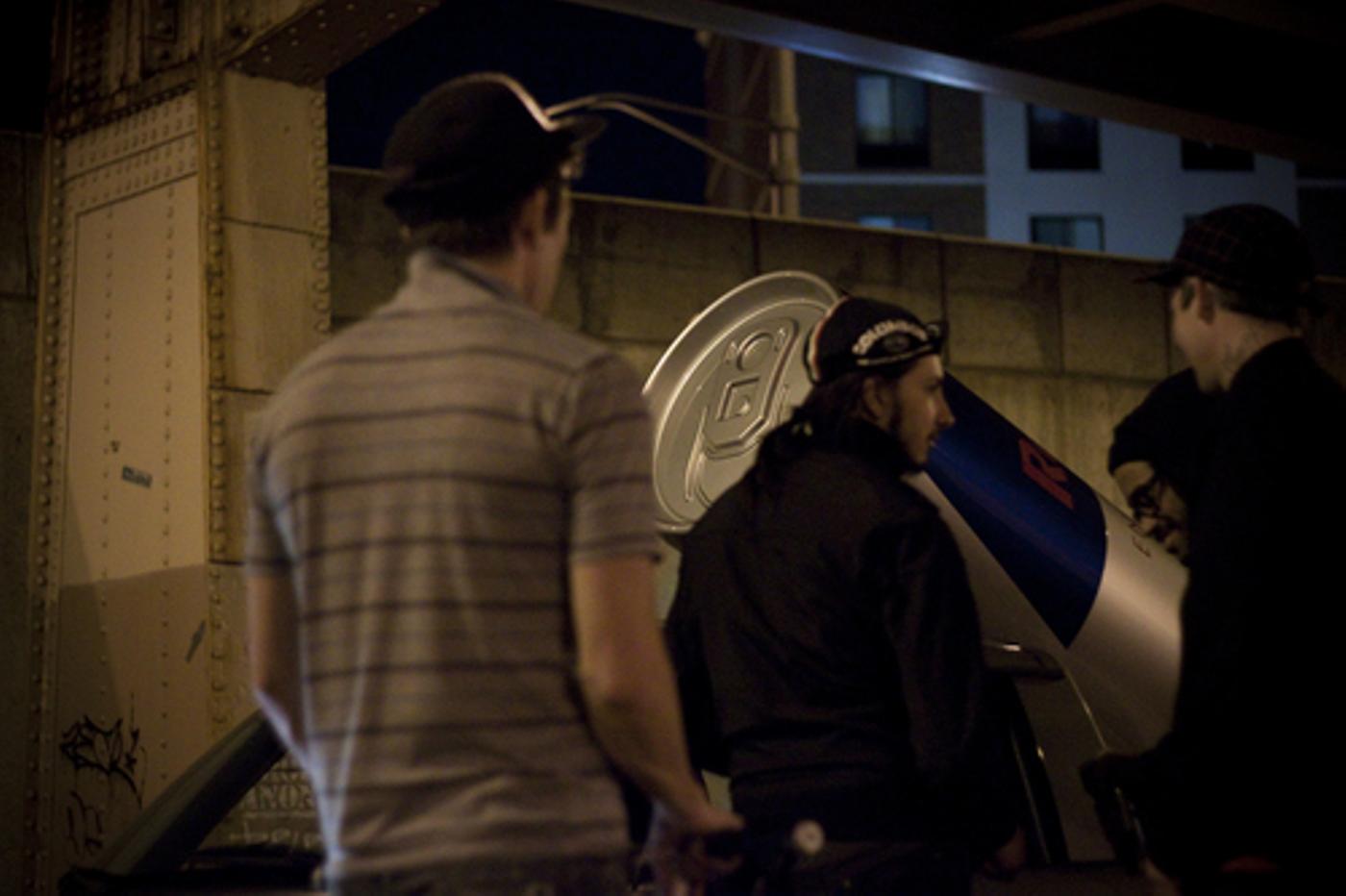 From there it was off to Peel Sessions. It was a bit small tonight. Probably a dozen or so people showed up. Alan from Cycling WMD brought out his new board and was shredding around. We last left Chris with his Turning Tricks series at number 20. Everyone wants to know “What happened to Turning Tricks Chris?”. Well, he went and got a BMX. That’s what happened and as you can see, he progressed just as fast, if not faster on it than he did on his fixed. He was 180’ing this piece of cardboard tonight. Not bad for a 2-month conversion. Chris still comes around a lot, so it’s not like he fell off the face of the Earth. I’m trying to get him to continue the series, so we’ll see. Until then, keep an eye on his Vimeo page!