For the last three weeks, I’ve been getting out on the road bike at least 4 days a week putting in between 30 and 50 miles each time. Yesterday, Harry from NY Bike Jumble and I met up at 5 Leaves promptly at 8am to ride to Piermont. Sitting outside 5 Leaves was this KHS Aero Track; everyone’s favorite low-pro track bike from the 90’s. This one’s well-ridden and has an unbelievable amount of character.

Check out how the rest of the morning unfolded below. The ride is approximately 30 miles from Greenpoint, just outside Manhattan off the Palisades. We took the 59th Street bridge from queens right to the northern most tip of Central Park. It was a bit chilly out but it felt great. 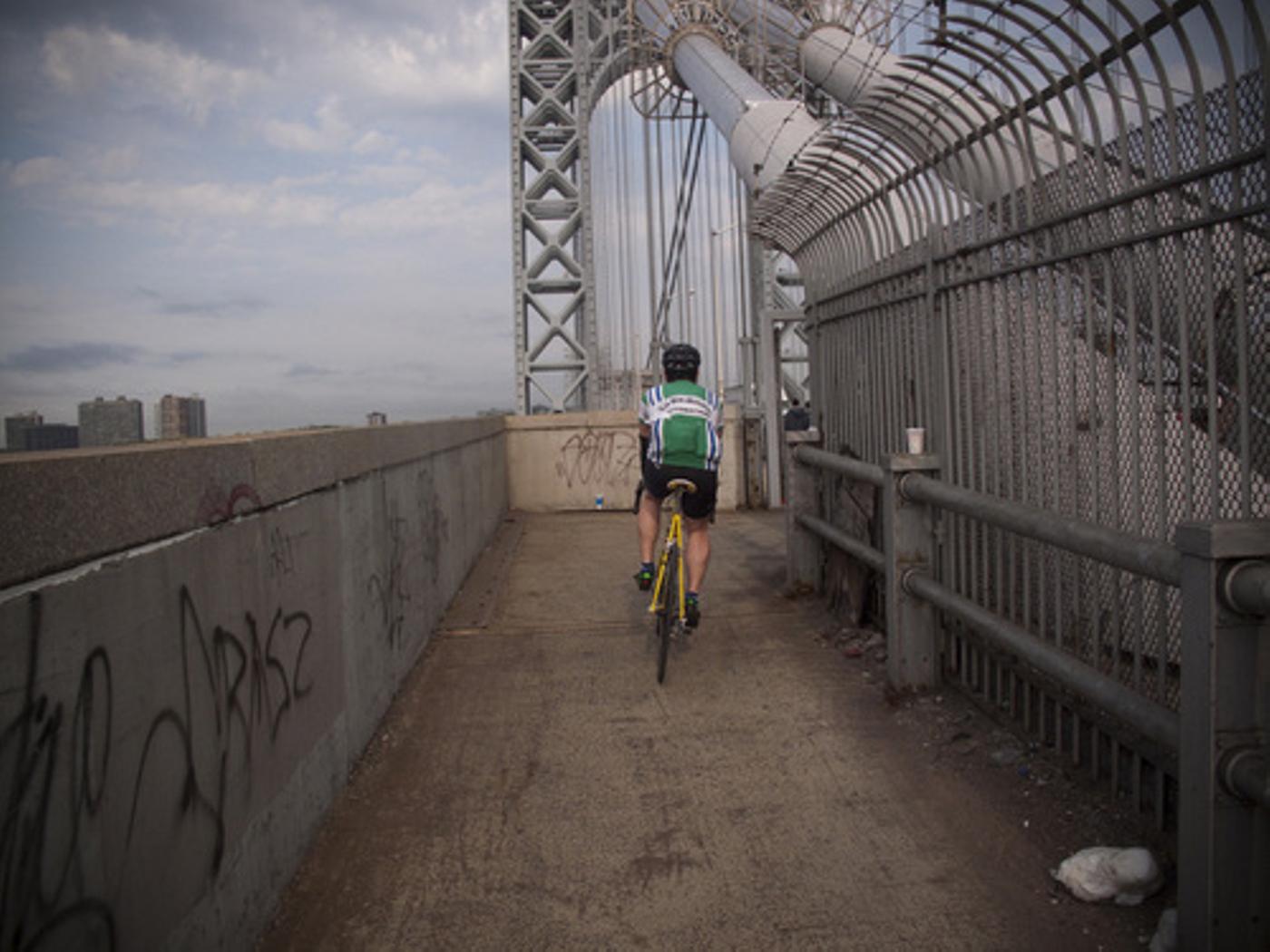 Since the Palisades got whacked with a nasty storm a few weeks ago, it’s still closed off due to massive trees blocking the path so we took 9W the whole way. Crossing the George Washington bridge is one of the nicest views of NYC. See. Told you so. 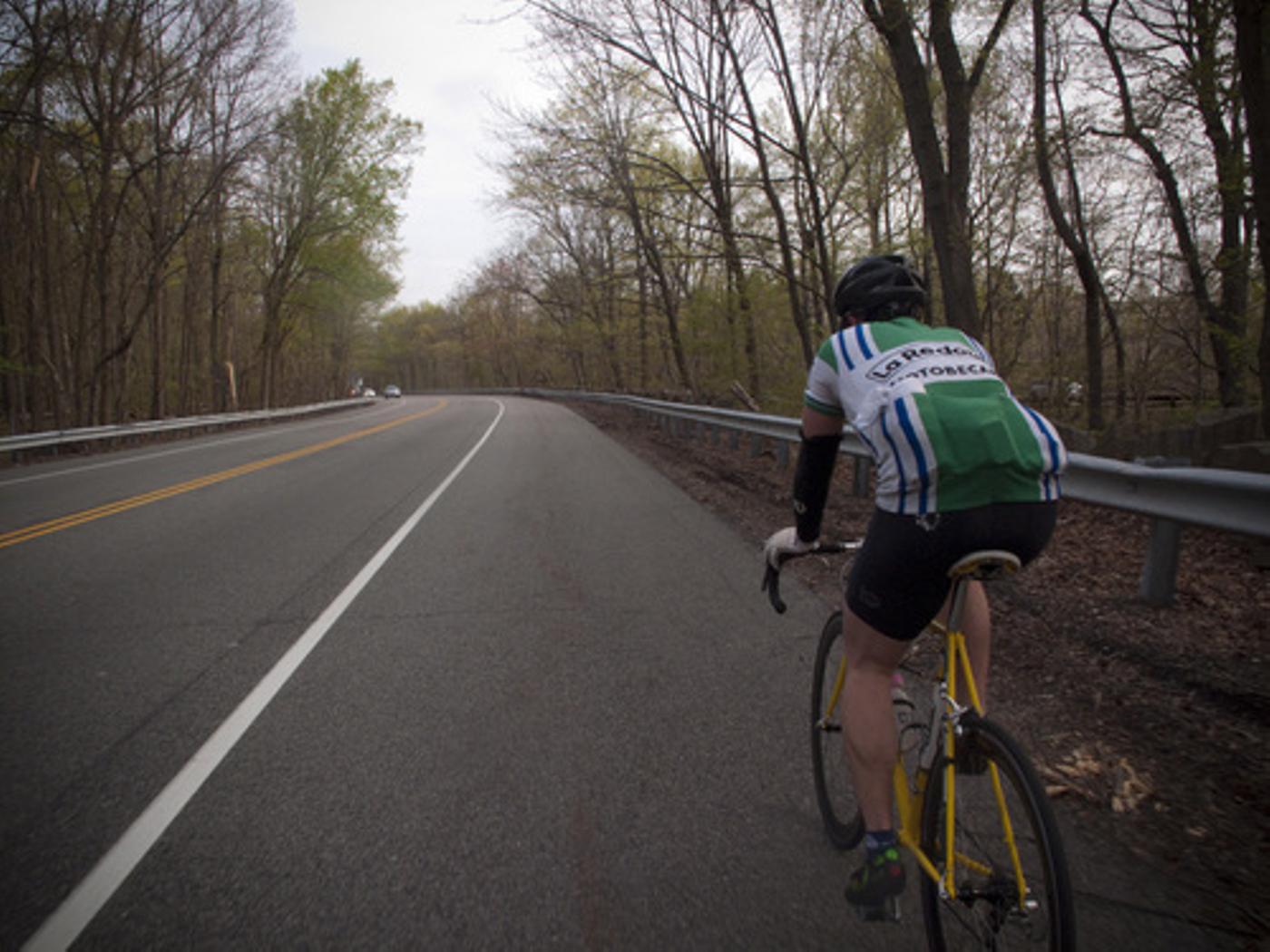 It was a much nicer view than looking at Harry’s old-ass riding gear that he’s been wearing since he was 16. Someone send this guy some new shorts! A mile or so out of Piermont, you can cut through some dirt trails to a rest stop. The ground was really compact and not loose at all so we hauled ass through the trails, hitting lines through stumps and fallen trees. 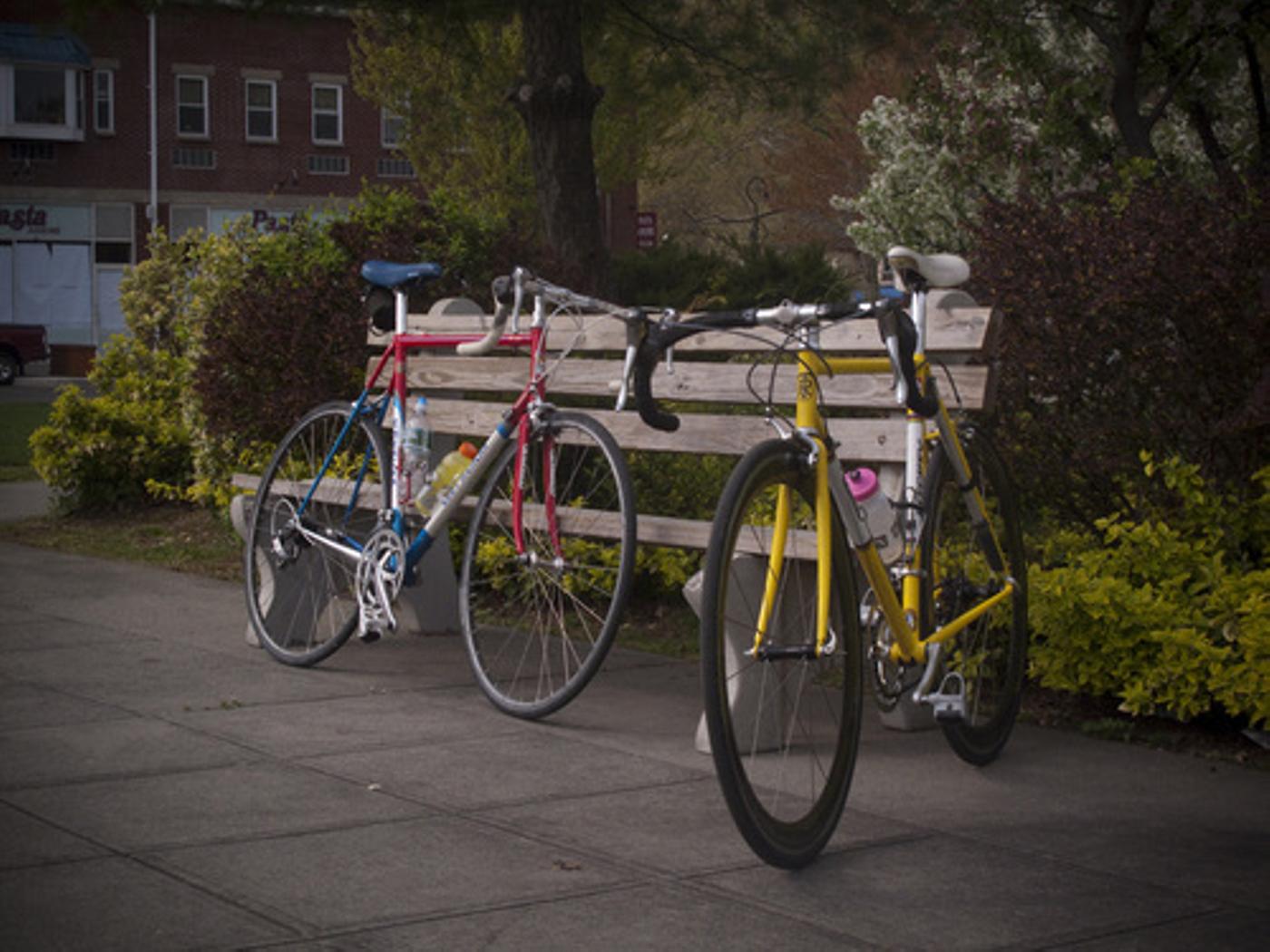 5 Minutes later, we were in Piermont, enjoying a rest and a coffee before heading back. There’s nothing quite like riding in nature while you live in NYC. It’s easy to forget that less than a few miles outside the city there are forests. Beautiful forests. From the woods with massive trees, back to the concrete jungle with massive structures, our morning ride was pretty exhilarating. We put in just over 60 miles and took the west side path back down through downtown. It’s such a contrast between environments. Even though you’re still surrounded by trees every where you look along the path. I’m really feeling it today. Harry’s a great riding partner and this wasn’t some leisurely ride. We really booked it up there. Hopefully, we’ll be doing this 2 times a week while maintaining our inner-city rides as well.