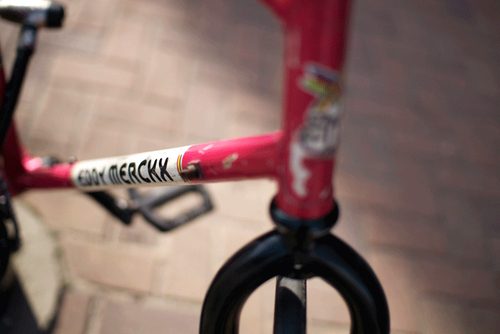 What a random Merckx Mondays we’ve got today. As you may have heard, I’m working on a collaboration with Eddy Merckx on a 700cmx bike. Kyle at Trackosaurus Rex got the exclusive first look this weekend at the NAHBS.

Check out some more photos of the project below along with an update to my 7-Eleven‘s history! 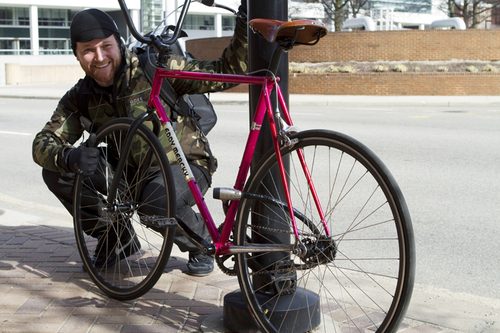 Ok so yeah, I’m just kidding. This is no 700CMX bike. It’s a conversion that was locked outside the Richmond Convention Center during the NAHBS. 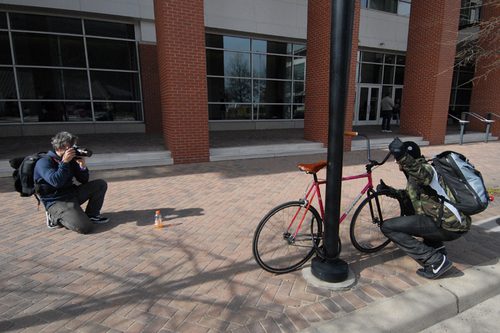 Ed Glazar got the making of Merckx Mondays shot. If you want to see a drive-side shot of the bike, check out this one on Orange 20’s Flickr. Too bad the downtube decals are out of focus!

In other news, I recently heard back from Bruno at the Merckx factory about the origins of my 7-Eleven. In a recent email he stated:

Damn! What a score.

Norman Foster Darrell “Norm” Alvis raced for 7-Eleven and Motorola on Eddy Merckx bikes. He has been quoted saying “Road rash definitely doesn’t preclude racing. Neither is it a badge of courage. Mostly, it is a red flag to the other riders regarding bike- handling ability.” and held a strong hour record in the US for the 30-34 age group, traveling 51.505 km in Colorado Springs back in 1997. I’m honored to have his bike. Really excited about working on the restoration now.

Big thanks to Stratton Delany from Keirin Culture and Jeremy Rauch from Tears for Gears for tracking him down! Hopefully, I’ll be able to set up a quick interview for another Merckx Mondays.