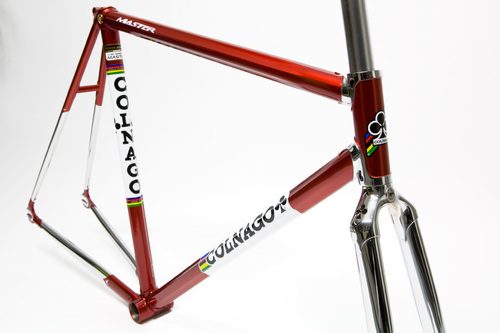 When I first saw this at Brick Lane Bikes, I thought it was a NOS Master Pista. Nope. It’s a 2010 Colnago Master Pista in Saronni Red. Not bad for a re-issue. Here’s a little back-story on the significance of the color.

So I guess you could say you’re owning a piece of history with these bikes? Beautiful.