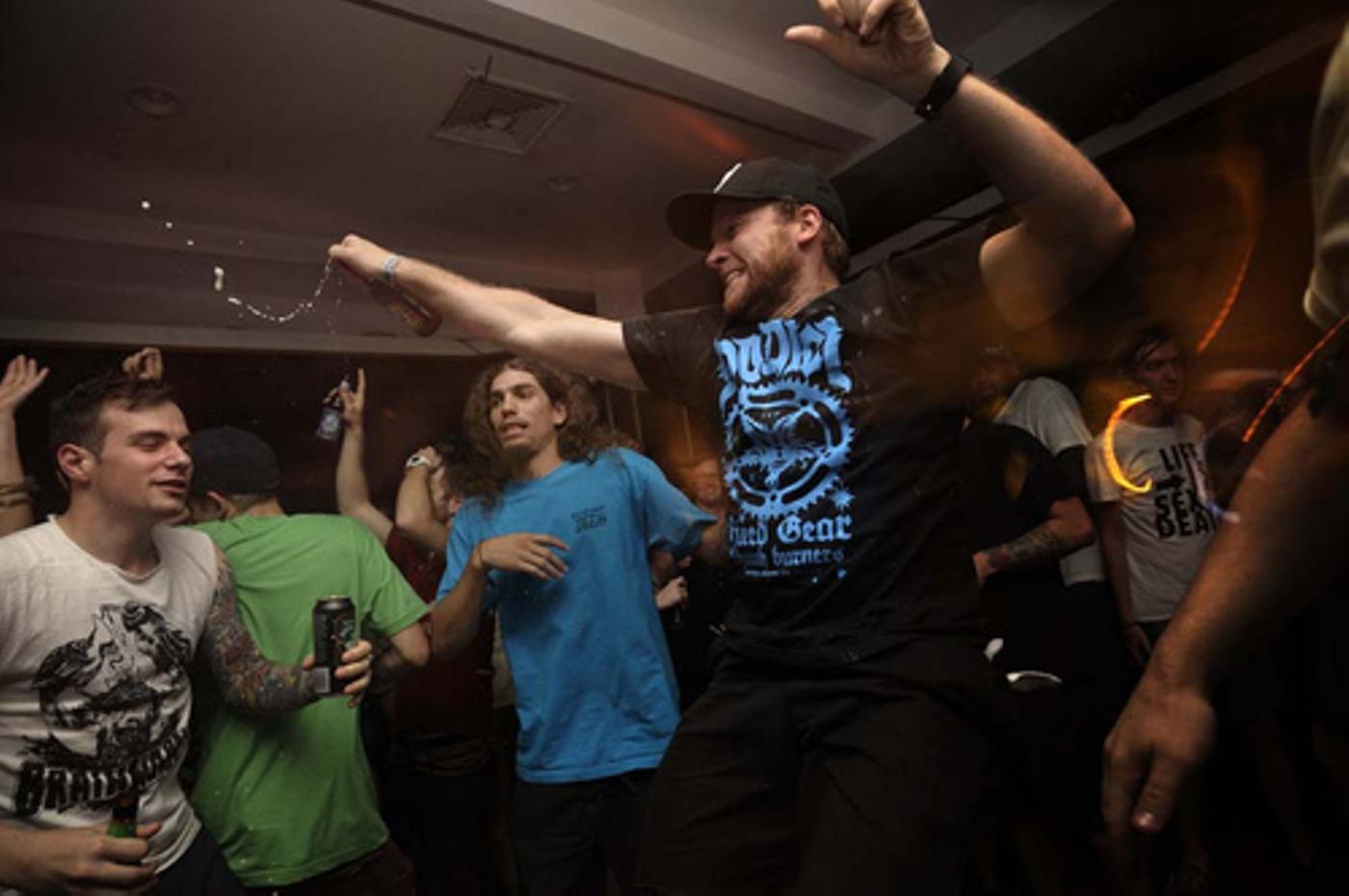 My clothes are still soaked and my ears are still ringing. Last night went off! As the official BFF2010NYC party began everyone was a little apprehensive. It felt like a prom but then all hell broke loose and people started to get into it. Star Eyes from Trouble & Bass killed it with an insane miss of dubstep bangers, crunk and screw. People were going insane and these photos only capture a fraction of the energy. Thanks to everyone who showed up! The Bicycle Film Festival loves all of you!

All photos by Takuya Sakamoto. Check out more photos at his Flickr!