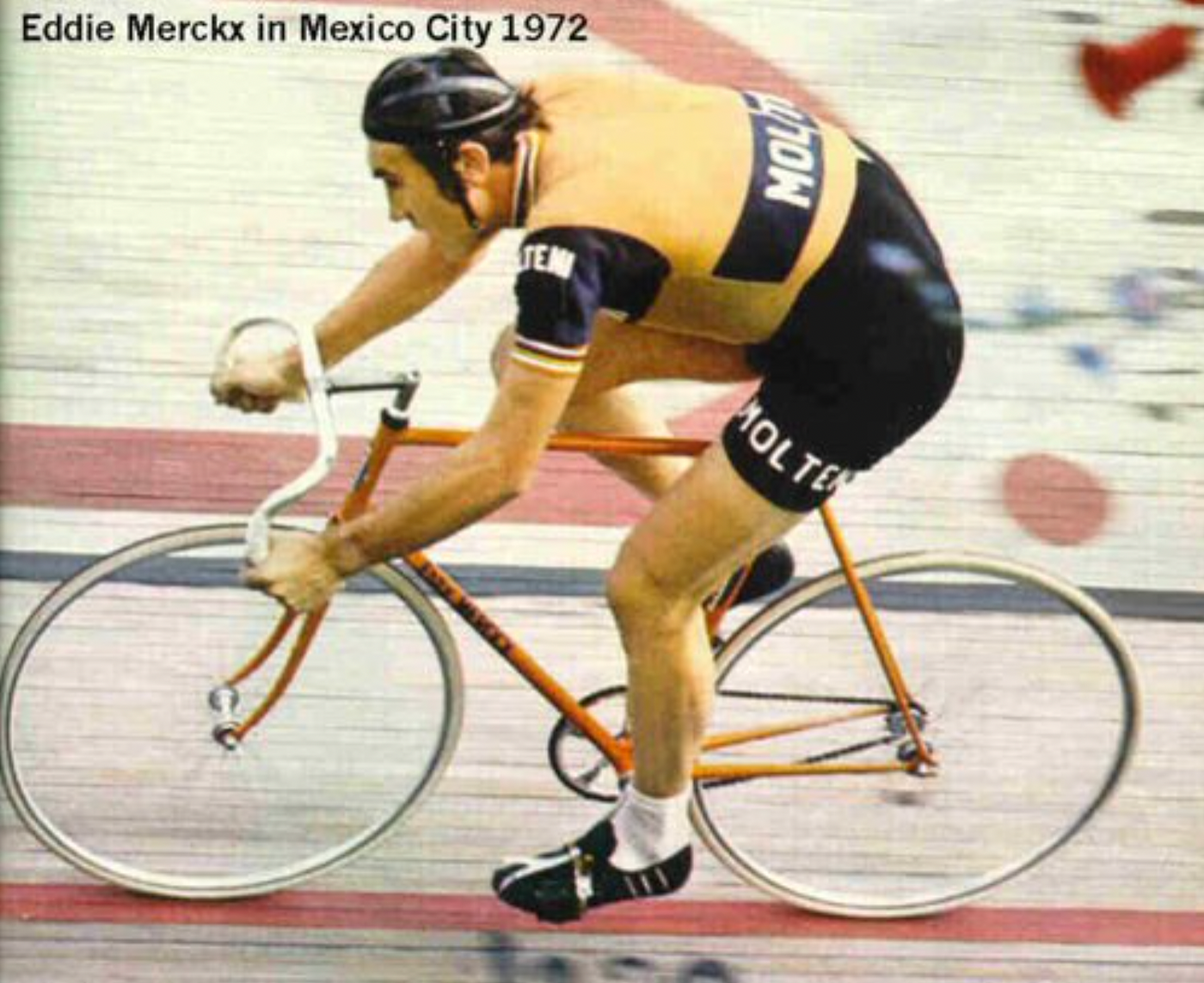 At first when Jeremy and I were discussing the history and controversy over Eddy Merckx’s hour record bike I wanted to make a post that took a stab at laying out the facts. Then I realized how massive a feat this would be. There were guys who spent their entire adulthood painstakingly researching the subject and studying every subtle nuance in historical records. Was I even close to achieving a level of documentation worthy of even citing their work? Sure. Why not. So here we go, a very special Merckx Mondays. 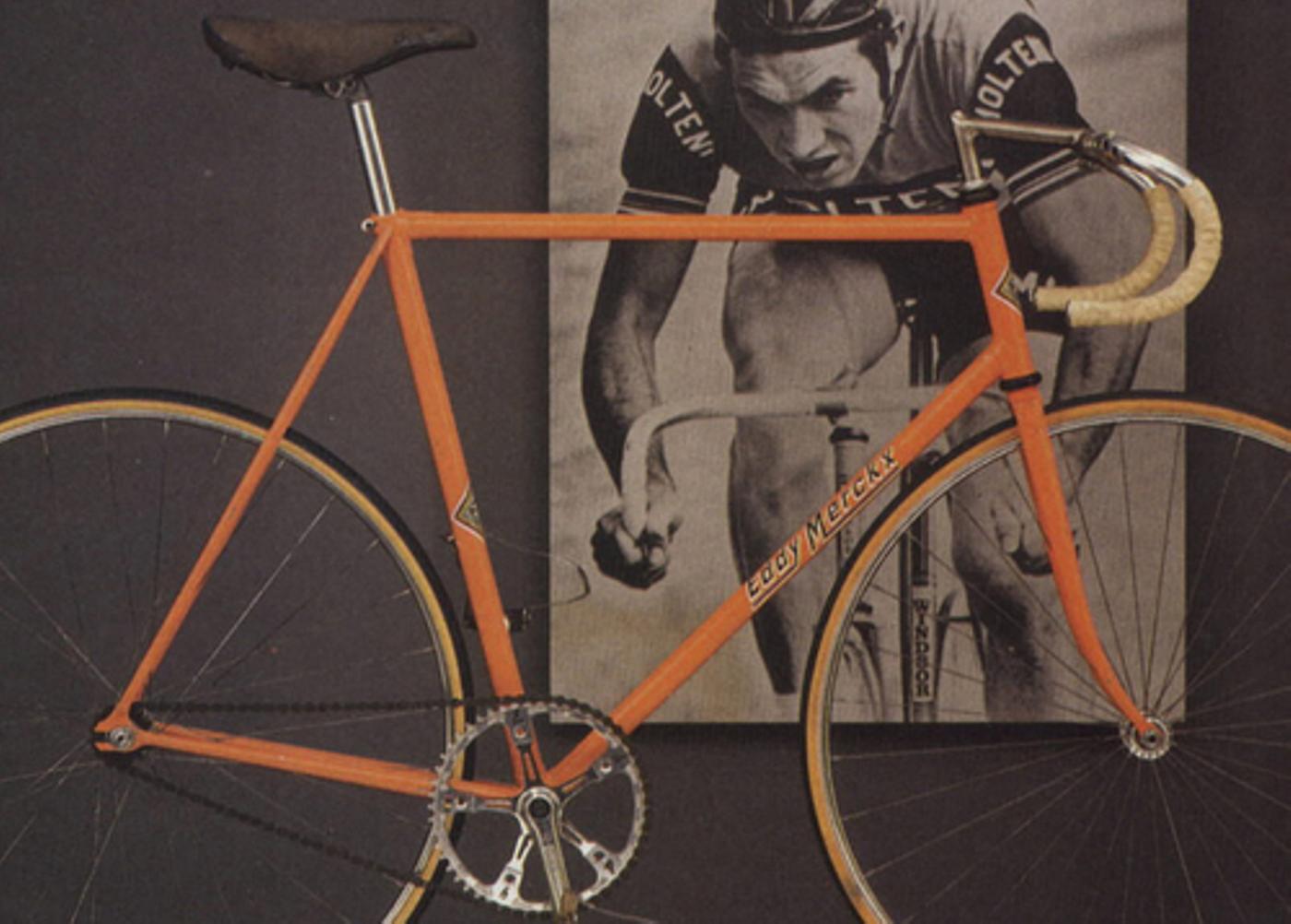 On October 25th, 1972, Eddy Merckx set his hour record. He had been planning on setting the record since his first year professionally racing in 1965. In fact, when asked what his professional ambitions were, he was quoted “To win the Tour de France and set a new hour record”. Words that will ripple through his professional career. In the beginning of 1972, he stated his intent to train for the hour record.

Ernesto Colnago, a long-time friend and famed frame-builder consulted with Merckx on how to design his frames for that year. Knowing that he was a road racer, Merckx planned on training for the hour record as a roadsman. He was quoted saying “I am, above all, a roadman. I shall attack the hour record as a roadman must. I must finish the season at the peak of my road form. For that is how I shall have the best chance at beating the hour record.”

Merckx trained on Colnago-built Molteni-sausage sponsored frames that year and went on to win fifty races. He had achieved his so-called peak. After deciding against the Vigorelli as the location for the hour record, he boarded a plane to Mexico. As the events unfolded, Merckx set his record on a Windsor-decaled bike, coming in at 49.431 km. Up until that point, the bikes Colnago made Eddy were unlabeled. They simply said “Eddy Merckx” on the down tube. There were no labels to a brand because the Eddy Merckx brand had not yet existed. Merckx felt it was a polite nod to the Mexican people (and Windsor) to label his bike as a Mexican-built bicycle. Obviously Ernesto Colnago was not happy with this move.

No one touched his hour record until 1984 when Moser beat it by a kilometer. Everyone felt that Moser’s record had been tainted with advancements in aerodynamics, claiming Merckx to be the last true hour record holder. Merckx even went on to say “For the first time in the history of the hour record, a weaker man has beaten a stronger man.”

So, who has his bike? Some things to note prior to taking on this debate:
-the decals
-the Pino Morroni drillium components
-the Colnago touches
-no dustcaps, anywhere This is widely-regarded as the actual hour record bike from Mexico. So why wouldn’t the Brussels Underground bike be the actual hour record bike? At first glance, it looks very similar to bike Merckx was photographed riding during his triumphant hour record (see the first picture in the post). But if you look closer, the Pino Morroni components are not all there. Morroni drilled every component he could on the record bike. The chain, handlebars (Cinelli Champione del Mondo), seatpost and cranks. Campagnolo made a custom Super Record-style chainring and Morroni engraved “Eddy” with the arc-en-ciel stripes (as pictured). These components were what made the bike weigh in at just over 12 lbs. Coupled with the Pino Morroni stem, everything was approved by the Cannibal himself. Morroni even engraved the stem with “To
Mr. Pedilvella” which translates to “To Mr. Crankarm”, his nickname for Eddy.

It’s hard to tell if the chainring is identical because the picture is a non-drive shot. The handlebars are not drilled and again, because of the angle, it’s hard to tell if the seatpost is. For now, this bike could very well be a training bike, but according to Bicycle Guide’s March 1991 article on Merckx’s hour record, Il Vecchio in Seattle had the bike throughout 1990 and those pictures do not match the bike in Brussels Underground.

Everything matches here. Aside from the bike being obviously re-decaled in the 1980s with the Eddy Merckx factory logo, everything checks out. The components are all drilled correctly, Pino’s engravings are there and minus DNA testing on the saddle, I think we can say that this is indeed the hour record bike. This bike was touring the US as the “Record dell’ora”. It has the drilled bars and similar cranks. The image is too low-resolution to see the detailing on the cranks or again, the post, but it looks very close to the bike Merckx road in 1972. Except one thing; the decals. Look closely at the first image in the post. The seat tube decals are blue and they do not have a white border. The headset also does not match. Nor does the lacing on the front wheel and correct me if I’m wrong, but the seatpost clamp looks off as well.

I think it’s safe to say that this bike, while it may have been an hour-record training bike, was not the actual hour record bike. 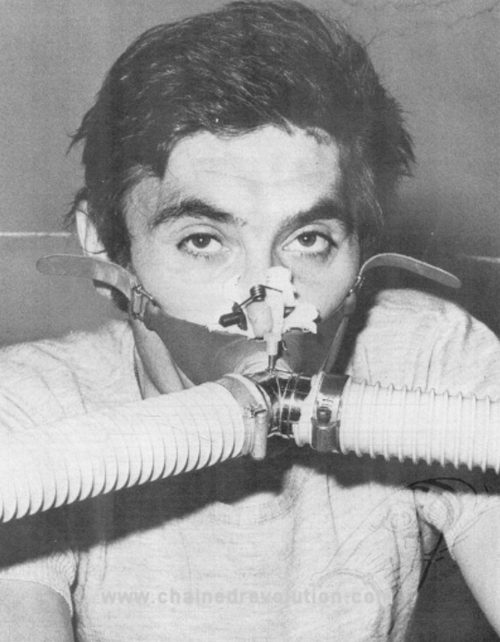 Does the Cannibal own the actual bike? Sources say yes, but there is no official documentation. Cue this up to the ‘unknown’ category.

As previously-stated, Cinelli claims to have not only the actual bike, but a training bike as well. Again, I cannot find any sources documenting either claim, so we’ll mark this up to the ‘unknown’ category. Tom Pham has a mind-boggling bicycle collection. In his stable is this Colnago-built, Morroni-drilled, Molteni sausage orange, Eddy Merckx labeled track frame. Tom makes an interesting connection from a quote from the Bicycle Guide March 1991 article “Eddy and the Hour” stating,

“Many riders care little about the machinery they use, but as in many things, Merckx was an exception. His attention to detail bordered on fanatical. It was he who designed his hour bikes, and some special road frames with similar geometry.”

Surely if Eddy Merckx made custom geometries for his hour record bikes, then one could overlay a picture from the supposed bicycle in the article with his acquisition. Which is exactly what he did. 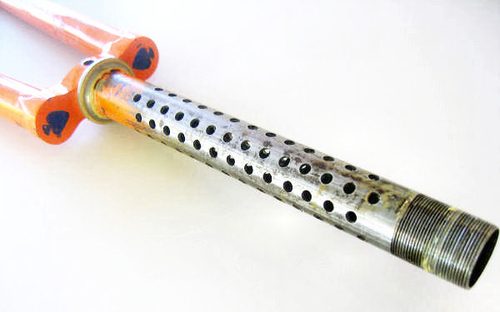 The final build is awe-inspiring and even though Tom Pham readily admits that his bike is not an actual hour record bike, it sure makes you wonder. Just how many bikes did Ernesto Colnago and Pino Morroni make for Eddy Merckx?

I hope everyone enjoyed this and feel free to leave comments or shoot me emails with your information.

Big thanks to Tears for Gears, Chained Revolution and Classic Rendezvous for the information. Edit: Jeremy just forwarded me this modern-day illustration of Merckx’s drilled components. Really nice! You can click the image for full-resolution.