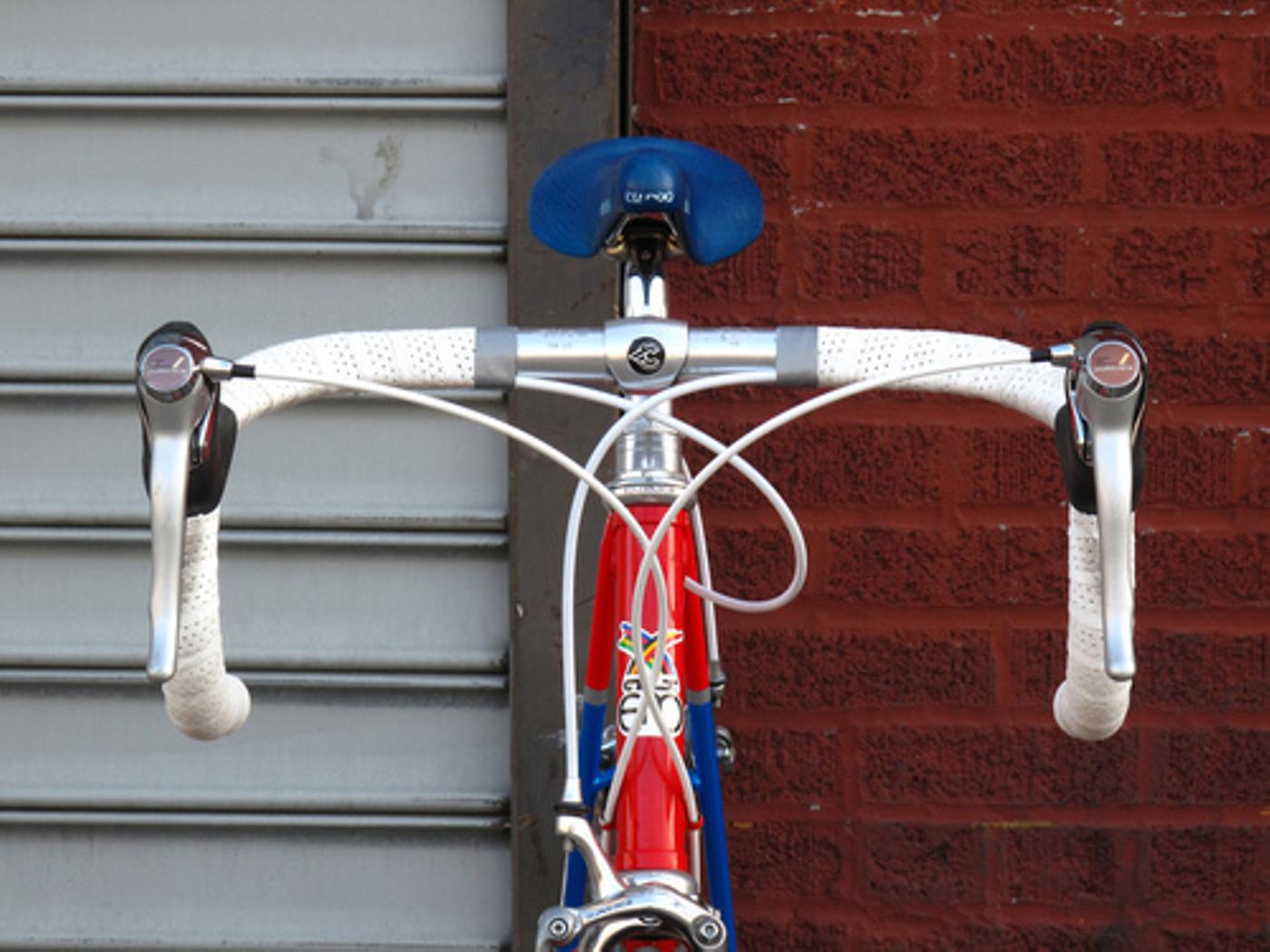 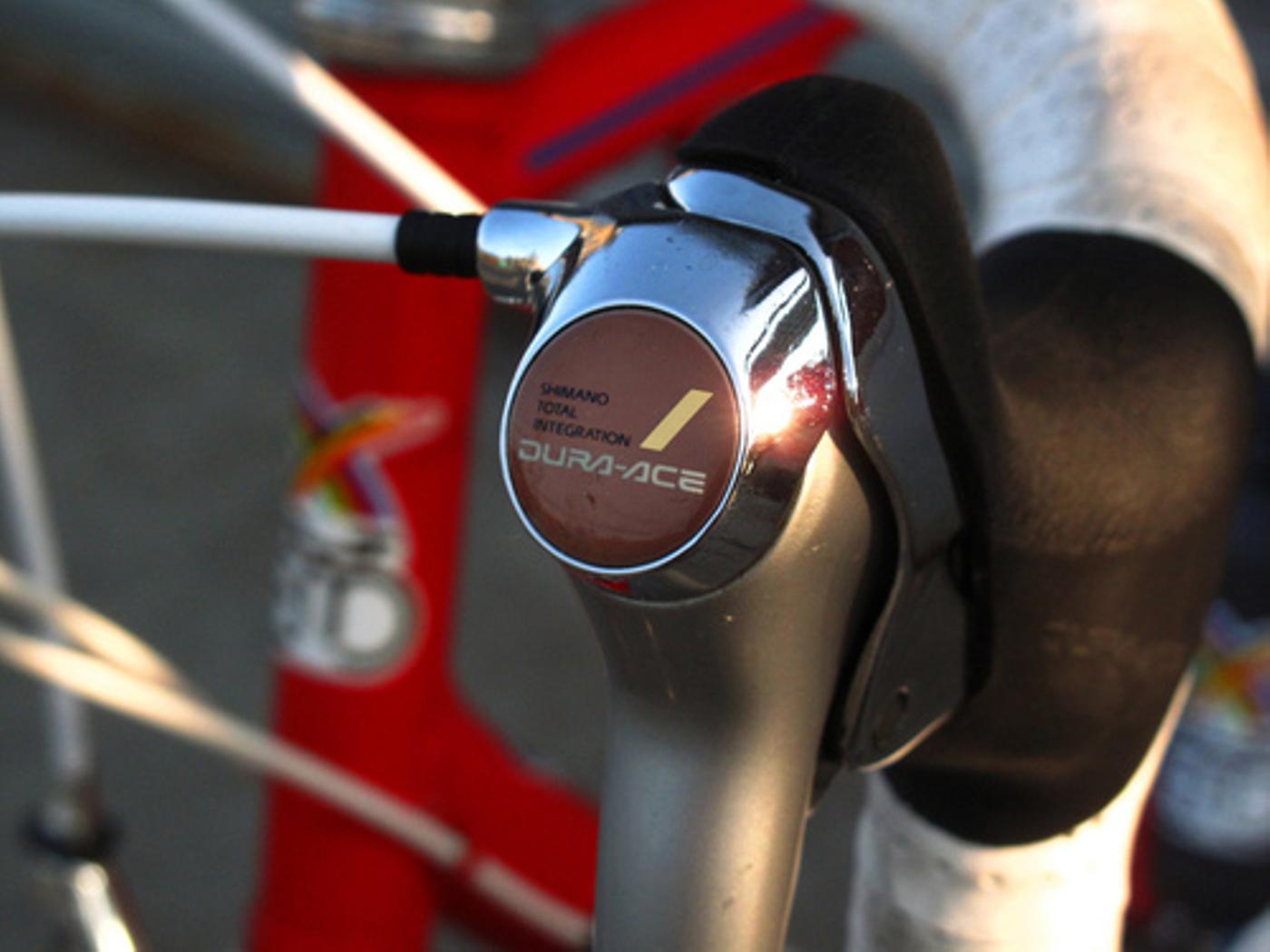 I purchased this bike from a friend who acquired it in Belgium. Luckily for me, it was a tad too big for him. When I picked it up, it was looking really sad. The bike was in need of a new left STi shifter, some new wheels and a good overhaul. I picked up an almost-new Dura Ace 7403 STi from a friend for a 6-pack of beer and began to hunt down the remaining parts. Most of the Eddy Merckx MXL’s of that era came equipped with Dura Ace 7400. This one was made in 1996, according to Jeremy’s serial number database. From the looks of the components, including the headset, these were the original parts. Note the number hanger, indicating it was a professional’s bike. 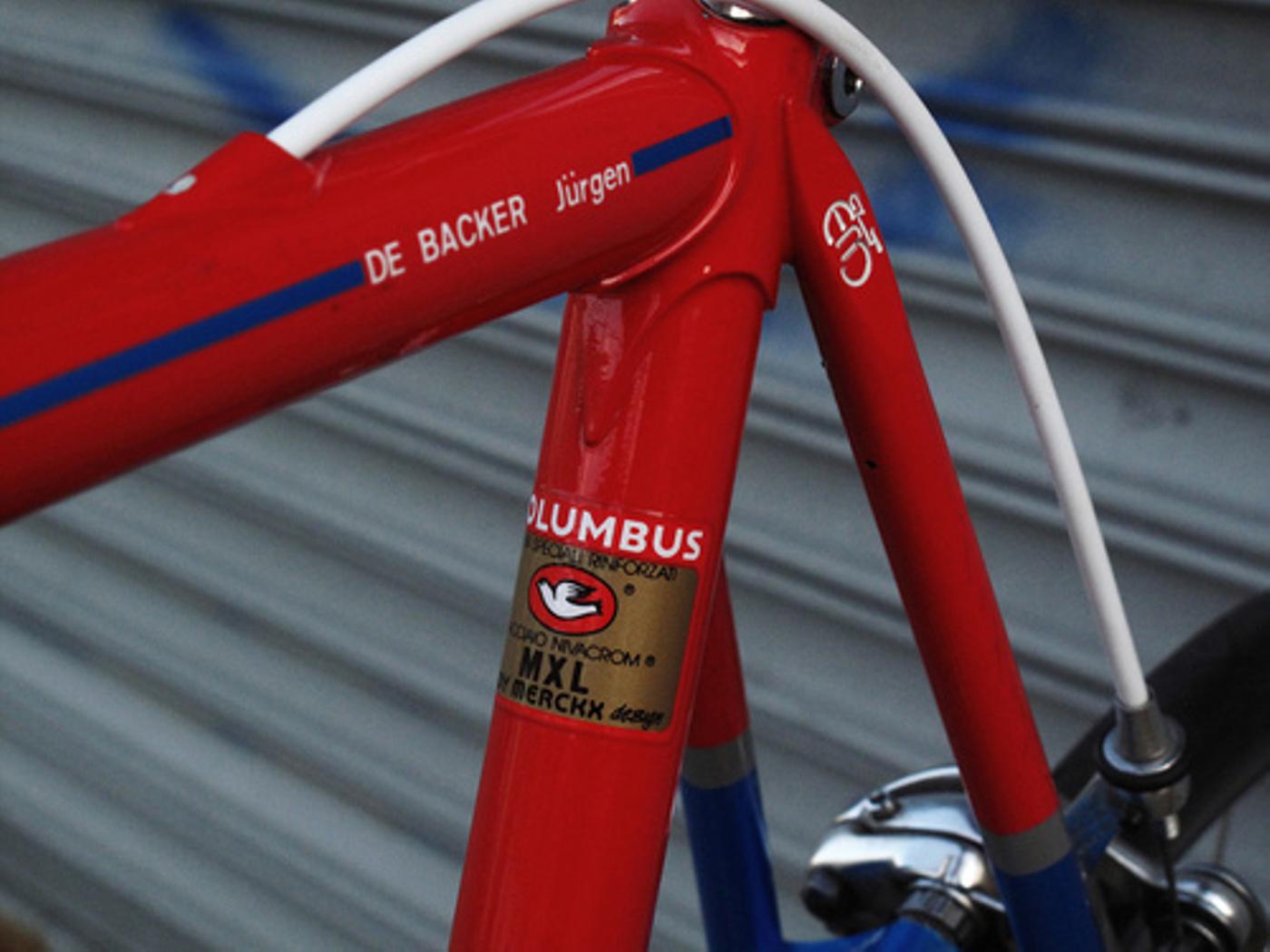 The bike was raced professionally on the ASLK\CGER team in Belgium by Jürgen de Backer. It’s made from Columbus’ legendary MXL tubeset. MXL was originally introduced as Columbus MAX tubing in the first year. Shortly after, the tubeset became MXL, standing for MAX Leader. Merckx began to use it on all their MX-Leader steel frames. MXL is often mistaken for alloy because of the over-sized tubes. The chainstays are almost twice as deep as Columbus’ other tubes. The unique downtube and fork blades are over-sized as well, resulting in a remarkably stiff ride. Like all Eddy Merckx’s bikes, this one was handmade in Belgium, at the Merckx Factory. Again, note the sponsor stickers on the beefy-MXL fork blades. One of the sexiest sloping crown forks of the era. Even for a production bike. The build is pretty dialed in, minus a few things. Check out the full collection of pictures I took this weekend here on my Flickr. I still need 7403 Dura Ace rings and it’s begging for my Look Delta pedals. Right now it’s set up to ride in the city and it’s one of the nicest bikes I’ve ever ridden. Many thanks to Jeremy from Tears for Gears, Sasha, Miguel at Affinity and Claus for the jerseys.