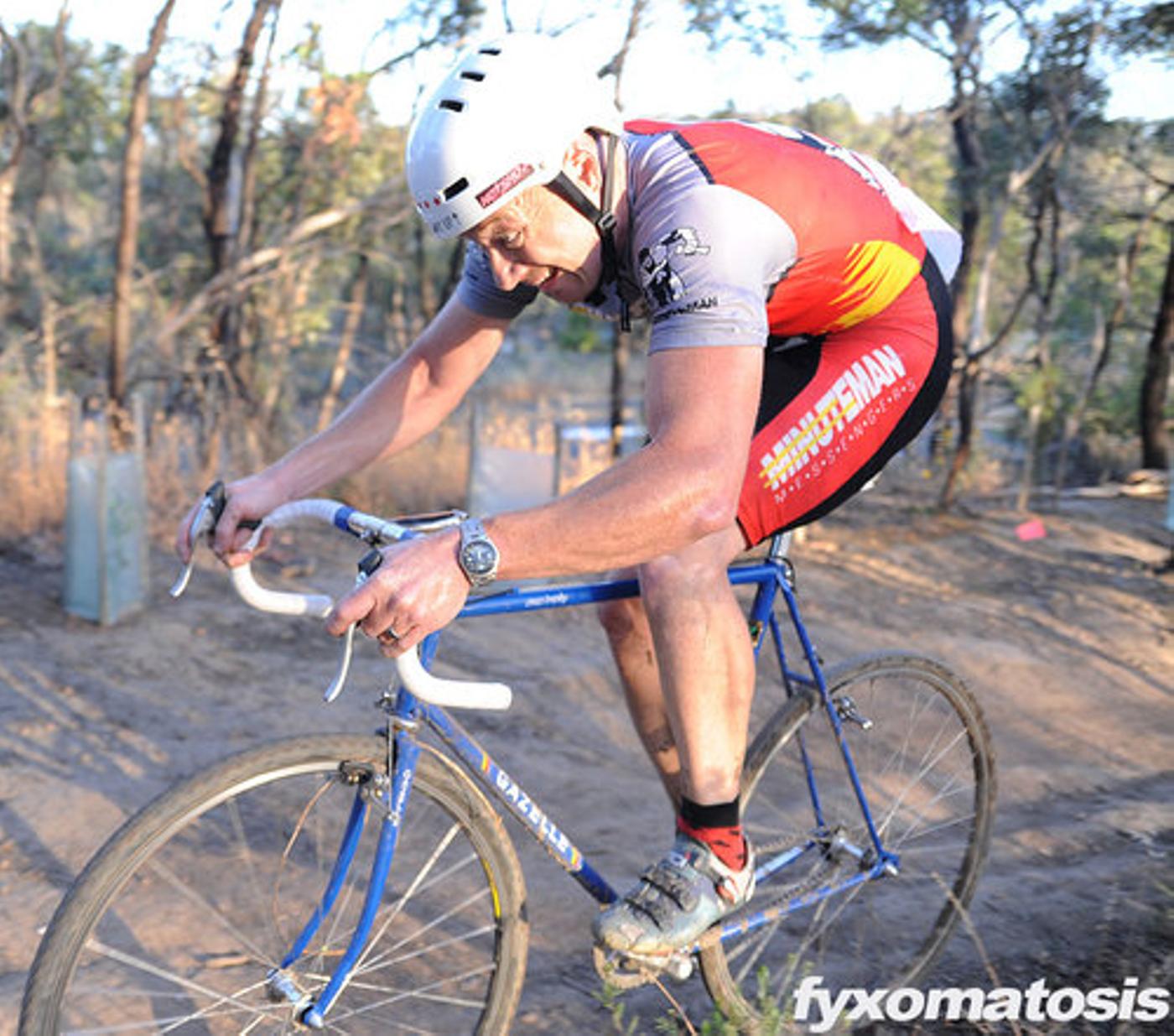 While the weather is getting colder here, Summer’s just beginning down under in OZ. The Melbourne crew had their first CX race tonight and there’s a ton of pics up on Fyxomatosis.

Who’s giving Andy a run for his money? Check it out below. Introducing Dan from Shifterbikes. Both guys are legit athletes. Their differences in styles are noticeable right off the bat. Andy’s spent time on the track and on the street working as a courier. He rides drops and has the face of a track racer. Dan used to race on the Australian Junior MTB team in 1991 and has the stance of a mountain biker. For reference, they’re both riding the same course and the shots were in the exact same location.

CX looks like a lot of fun in the land of OZ. They’ve got one more challenge than the Pacific Northwest in the US; snakes. Bloody big ones too!

Thanks for the email Andy!