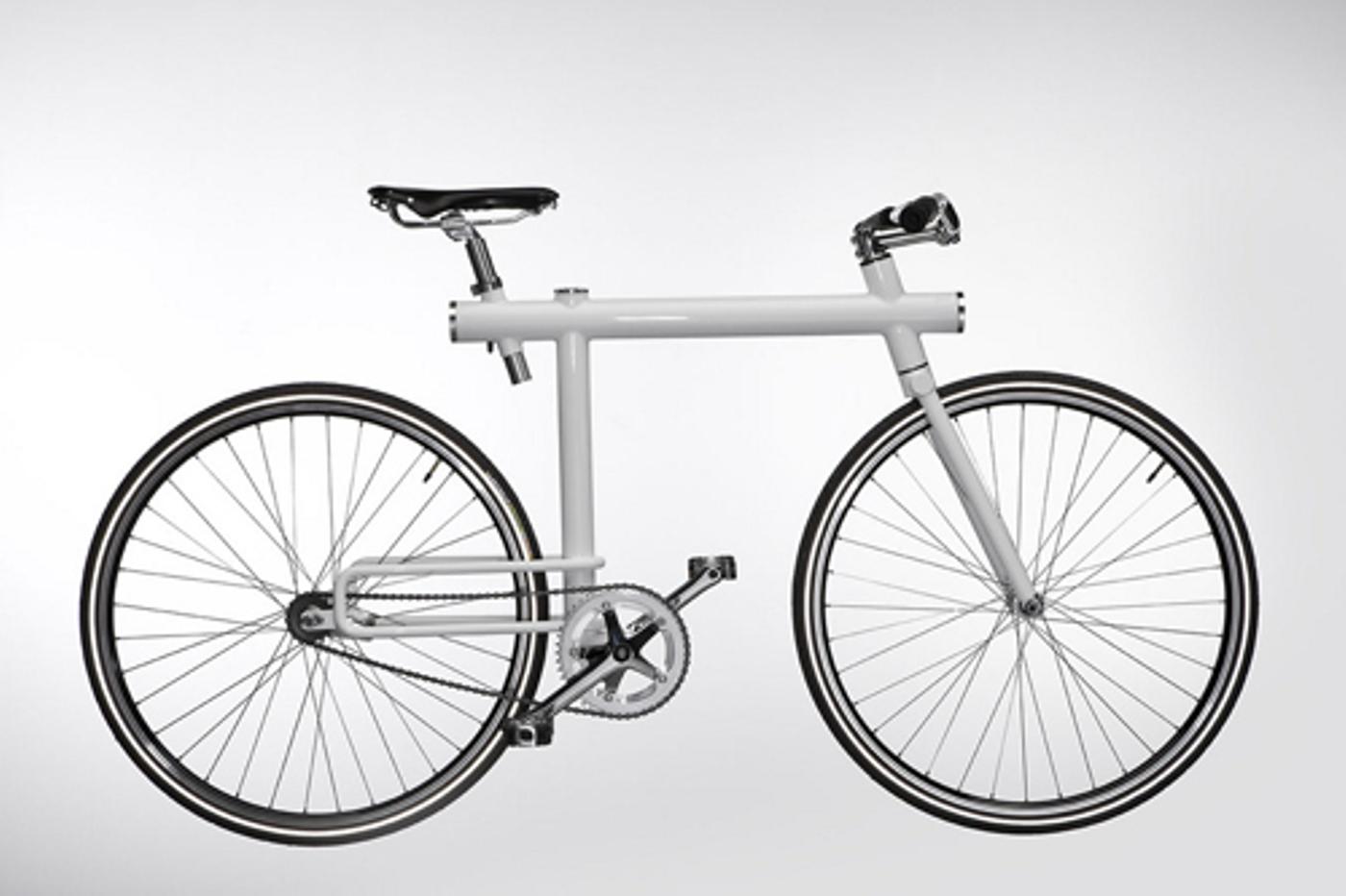 Cycling has generally evolved from when bikes are introduced to a new and often unintended terrain or use. I know I’ve made this argument before, but early British Path Racers were used as both street bikes and race bikes both on the track and on terrain. From there, cycling branched off to road bikes, cross bikes and track bikes.

Generally speaking, most bikes have evolved just like Darwin’s Galapagos finches. Look at early BMX bikes compared to the urban assault tanks that they are today. In my opinion, the track bike is going through another transformation. We’re seeing more and more fixed gears on the market with relaxed angles, risers and cable guides. This is evolution and progression, not regression. People enjoy commuting on fixed gears, so the market adapts.

This bike, designed by Dovetusai, pictured above is regression. I know that’s harsh, but nothing about the design speaks to me as an improvement. I understand the design intent, but not the practical or the forced devolution of the form. Downtubes are structurally important guys!

What is fairly interesting to me is how a company like Brooklyn Machine Works, with a background in downhill bikes and bmx’s have made a bike that is single-handedly reinventing the way people ride fixed gears. I’m sure we’ll see more companies making such moves in the future and I can’t wait to see where this all heads and where it is in 5 years.