When it comes to the paint jobs of 1980s Ritchey frames, it’s hard to beat a Commando. These bikes were painted by Rick at D&D and remain one of the most iconic bikes of the mid-late 1980s. Ron sent in his 1986 Commando with photos by Mike Blanchard of RUST Magazine, so let’s check it out below!

I am fortunate to live in NorCal, in the shadows of Marin. I started riding with the Anonymous Bike Club, aka ABC, in the mid 80’s. Riders surrounded me on one-off, prototype, and custom rides. I rode what I could afford, a Schwinn Sierra. However, I purchased a few new production bikes. I never had the means to own the top-of-the-line stuff, so I kept an eye out for cast-off deals. As the first proto suspension bikes were coming out in the 90s, a friend needed to unload this Ritchey. I paid less than my first Schwinn. This bike is in remarkable condition despite it being ridden hard on the single track of the Sierra. I replaced the modern SE self-energizing brakes for XT BR-MC70 supplied on the original build and added the Blackburn racks. The seat I bought was new in the 80s and has seen many miles under me. The portage pad is the original supplied by Tom. DKG, a CNC fabrication shop in NorCal, made parts under license for Salsa, WTB, and others. These products made their way on this build. 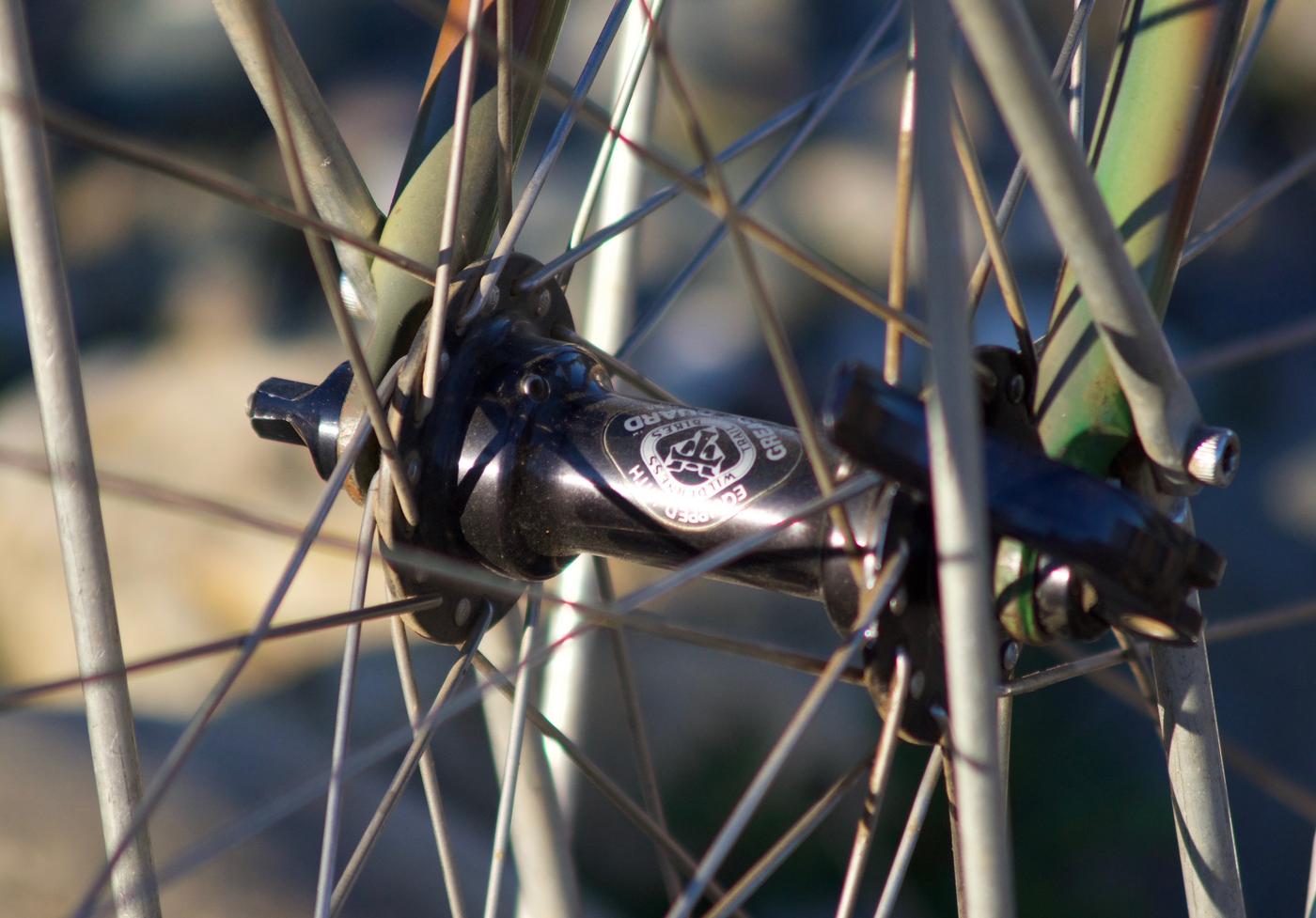 The Shimano 600 freewheel I custom stacked with a rare 34-tooth cog. This was made possible by Bob Ward and the REI clearance bin. Bob is a true MTB pioneer, writing trail guides and leading tours in the Sierra. He used his clout as manager of the REI bike shop to order the hard-to-find parts for the hardcore riders. I recently found these NOS Ground Control tires, inspiring me to share this time capsule. The bags are filled with Bloody Mary fixings and riding along the American river these days. Enjoy!